7 movies that will change your understanding of the Amazon 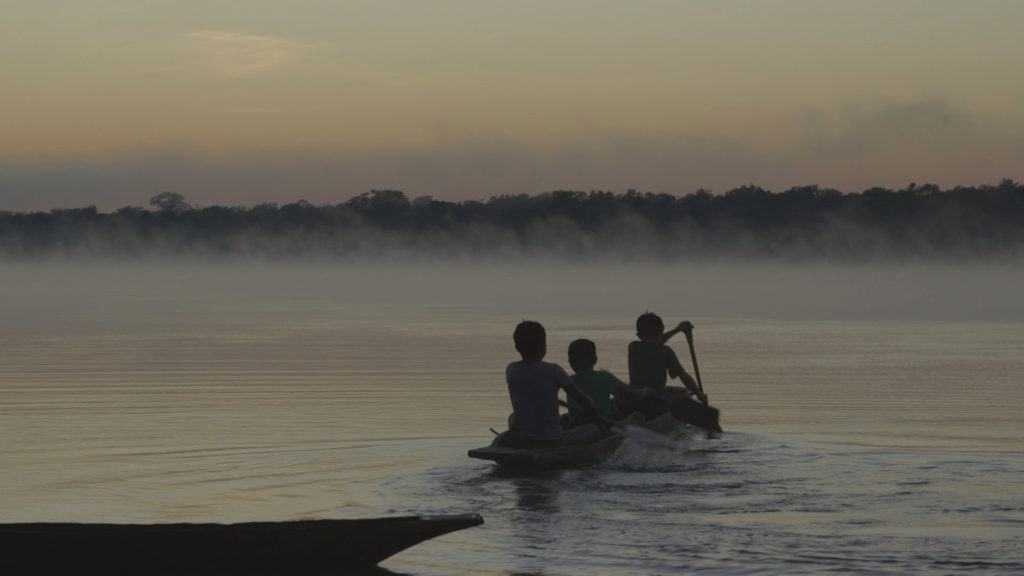 A lot is said about the importance of preserving the Amazon Rainforest, the world’s largest tropical forest. But how much is known about the forest and those who live in it?

To help with this, Videocamp – which believes movies have the power to inform and change the world – picked seven films that help point the way to the preservation of the Amazon while teaching about the different cultures of the region’s native peoples.

This documentary offers an immersion into the childhood of the Yudja people in the Xingu Indigenous Park, and the care that goes into their development. Play, community life, and the influences of a spiritual relationship with nature are presented as the elements that guide these children’s body and soul.
Click here to see more details on Videocamp.

2 – As Hiper Mulheres (The Hyperwomen)
Worried that his wife will die soon, an old man asks his nephew to organize a Jamurikumalu, the biggest feminine ritual in the Upper Xingu region, so she may sing one last time. The women in the village start the rehearsals, but the only singer that knows all the songs is deathly ill.
Click here to see more details on Videocamp. A still from the film The Hyperwomen, directed by Carlos Fausto, Leonardo Sette and Takumã Kuikuro (Photo: Vídeo nas Aldeias)

3 – O Brasil grande e os índios gigantes (Big Brazil and the Giant Indians)
This documentary by Aurélio Michiles tells the story of the Krenakarore people, and shows the violent changes that happened in their lives after they made contact with the “white man.” It includes interviews with the anthropologist Darcy Ribeiro, the economist Roberto Campos, the former president of Funai General Ismarth de Araújo, as well as journalists and experts. There are also interviews with Orlando and Cláudio Villas-Boas, the first white men to make contact with the Krenakarore, who describe their efforts to reach the tribe and help them survive.
Click here to see more details on Videocamp.

4 – The Golden People are All of Us
A Tupi-Guarani tale about the creation of the world. A German youth orchestra conductor. A musical, social and cultural encounter. The power of myth and music breaking down language barriers. The meeting of two phases of the same creation.
Click here to see more details on Videocamp.

5 – Eternal Amazon
The film Eternal Amazon exposes misconceptions and points to paths humanity can take to understand the world’s largest tropical forest in all its aspects: social, political and economic. It is possible to translate the forest’s value into a monetary sum, but not without ignoring its preservation and balance. The forest must be sustainable as an ecosystem and as a business. This difficult calculation is discussed by businessmen, politicians, environmentalists, economists, and local and indigenous populations – the guardians of ancients models for how to use the forest with little environmental impact, heirs to nature’s generosity but excluded from statistics and basic public policies.
Click here to see more details on Videocamp. 6 – Baré, Povo do Rio (Baré, the River People)
The Baré live along the Xié River and the upper Rio Negro in the Amazon. Originally descending from the Aruak linguistic family, today they speak Nheengatu, a language spread by missionaries during the colonial period, and are part of the cultural region known as the Northeastern Amazon. This documentary follows them during their traditional customs and ancient rituals, such as the dabucuri, an exchange ritual, and the kariamã, a ritual of initiation into adult life where knowledge and advice about how to live with the forest are passed down to younger generations.
Click here to see more details on Videocamp. A still from the documentary Baré, the River People, directed by Tainara Toffoli

The full list of films is available for everyone on the Videocamp platform, all you have to do is organize a public screening. That is, watch it with others, talk about the subject, connect with people and broaden your view on the issue.

HOW TO ORGANIZE A SCREENING
Holding a free public screening is easy: register on Videocamp, pick a movie from their catalogue, and click on ‘Organize a screening.’ You must inform where and when the screening will take place and guarantee an attendance of at least 5 people. All the information for your screening will be available on your profile page. This video explains the process step by step.

Videocamp is a free online platform that helps movies intended to have a transformative impact reach the largest number of people possible. By offering a variety of films to the public, Videocamp democratizes access to culture and information through free public screenings that can be held by anyone, anywhere in the world. For producers, the platform strengthens audience engagement and serves as a promotional tool within a film’s release strategy.