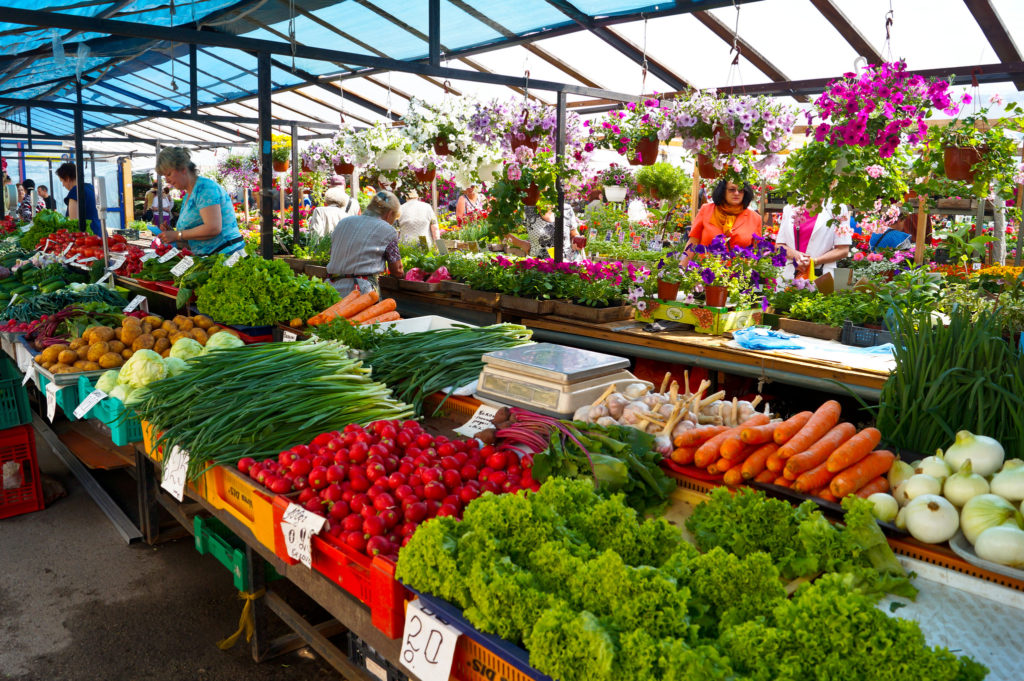 45 percent of vegetables, roots and tubers end up in the garbage can (Eduards Osis / Flickr)

If there is an issue that unites surprisingly diverse countries it is the loss and waste of food. Each year, industrialized nations waste 670 million tons of food while developing regions waste 630 million tons, according to the United Nations Food and Agriculture Organization (UN/FAO) [that’s 608 and 571.5 million metric tonnes, respectively]. “Losses are related to production, storage and transportation,” says Bolivian Alan Bojanic, FAO representative in Brazil. The waste is caused by poor practices by retailers, and by bad habits on the part of consumers, who buy more than they need and throw away much of the food. “We are encouraged to consume more and more. Even food becomes easily disposable,” Bojanic says.

Fruits, vegetables, roots and tubers have the highest rate of waste in the world: 45 percent end up in the garbage can, according to FAO. Some of the waste occurs at the point of sale, because of refrigeration failures, improper handling techniques and damage caused by customers. For aesthetic reasons, retailers throw out a lot of edible food they should sell,.

Food waste contributes to the emission of 4.4 gigatons of carbon dioxide each year, according to the book,  Drawdown: The Most Comprehensive Plan Ever Proposed to Reverse Global Warming, by environmentalist Paul Hawken. According to his projections, after taking into account the effect of adopting plant-rich diets, if we reduce half the planet’s food waste by 2050, we will prevent the emission of 26.2 gigatons of carbon dioxide by the garbage disposal process. But that’s not all. This development would also spare the earth from an additional emission of 44.4 gigatons of carbon in another way: By reducing unnecessary deforestation in food cultivation.

Here are some efficient strategies to help reduce your own food waste, benefiting the planet and your pocket. The key principles are making better choices in the market, getting the most from your food and storing it properly. Creating your menu for the week, plan to use items that are close to expiration and make a list detailing the other items you need in order to prepare the dishes. “When making a shopping list, consumers can think about their real consumption needs,” says nutritionist Regina Rodrigues de Oliveira, a counselor at Conselho Federal de Nutricionistas (Federal Council of Nutritionists).

It’s also worth paying attention to the strategies supermarkets use to make customers buy more. “There are places where larger packages are positioned at the consumer’s eye level to increase the possibility that they will be chosen,” says Gustavo Porpino, an analyst at Empresa Brasileira de Pesquisa Agropecuária (Brazilian Agricultural Research Corporation). “When the consumer is led to buy things she doesn’t need, this increases the possibility of waste.”

2: STORING FOOD THE RIGHT WAY
To prevent food from spoiling, observe what kinds of food go in the refrigerator, and what shouldn’t. 3: TAKING ADVANTAGE OF EVERYTHING
According to research by Serviço Social da Indústria de São Paulo (SESI-SP) (Social Service Industries of São Paulo), the leaves of a carrot have 13 times more calcium and 2.5 times more vitamin C than their far more popular orange root. A pumpkin’s proteins are concentrated in its shell and seeds, not in the pulp. And the amount of fiber in melon seeds is 50 times greater than in that fruit’s pulp.

Despite this nutritional value, stalks, peels, leaves and seeds are usually found in the garbage. Each Latin American wastes 25 kilos of food a year, according to UN Food and Agriculture Organization (UN/FAO).

In the U.S., despite the vast quantity of food wasted, 14.3 percent of households struggle to find the money to put food on the table. And food waste costs each American household an average of $1,484 a year.

According to the nutritionist Jéssica Lima, waste does not vary according to consumers’ education or social class, since the problem is caused by a lack of information on the best way to buy, prepare and store food, as well as by the prejudice against unconventional food parts. “These parts have never been valued in recipes, so they are discarded,” says nutritionist and food safety consultant Vanessa Hervé, who works with Favela Orgânica (Organic Slum), which organizes workshops on alternative cooking and conscious consumption in Rio de Janeiro. “Ever since comfort and practicality began to guide consumers’ choices, fresh food and its full use has played an even smaller part in Brazilian people’s lives.” That’s the case all over the world. Hervé admits that she cannot always use all parts of her fruits and vegetables right away. “I freeze them to preserve, and use them gradually, depending on what I’m preparing that week,” she says.

A great variety of vegetables, tubers and fruits have edible peelings, leaves, branches, stalks and seeds. “But, there are exceptions, such as apple seeds, manioc and avocado peels, which are very fibrous, and leaves, such as potatoes, which may contain substances that are toxic to humans,” says Jéssica Lima, the nutritionist. But even these inedible parts need not end up in the trash: they can turn into fertilizer in a composting system.

LEARNING MORE
Do you want more?