Can Trees Heal a Polluted Planet?

By planting forests, Asian governments have removed 12 billion tons of carbon dioxide from the atmosphere 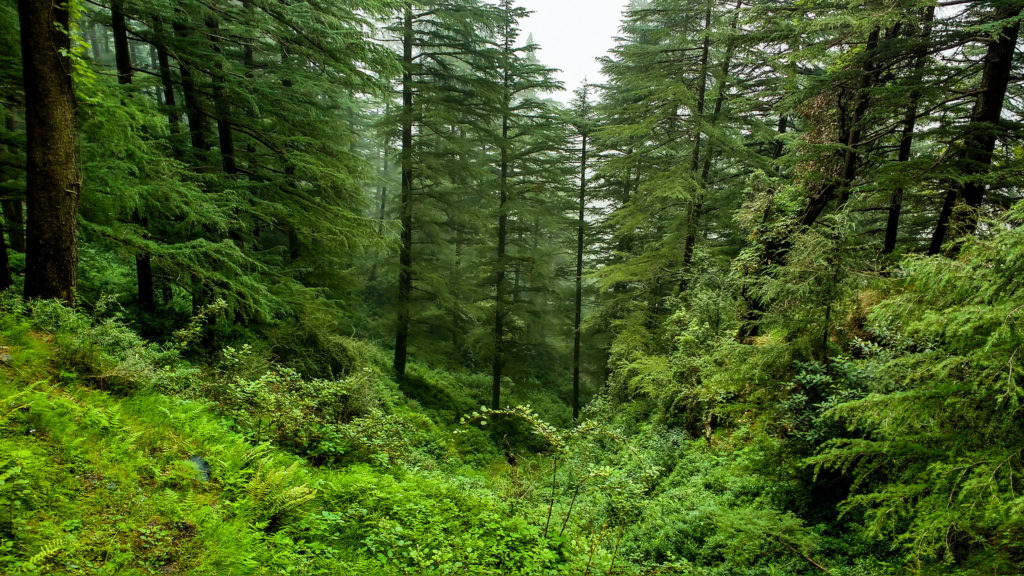 In May 1993, sandstorms darkened the skies of Beijing, China’s capital, killing hundreds of people. In the countryside, thousands of hectares of crops were devastated. The dust storm was caused by the erosion of Loess plateau, which occupies an area of 640,000 square kilometers (about 397,677 square miles) in the northwest of the country.

Three years later, a flood caused by the waters of the Yellow River, one of the region’s most important rivers, left 15 million people homeless. The flood was exacerbated by the almost 1.6 billion tons (1.45 metric tonnes) of Loess’ sediment accumulating in the river annually.

The challenges that China faces due to desertification are not new. One way the country has been working to reverse the ecological problems has been through an ambitious, long-term project, begun in 1978 and, still going strong, aiming to plant 100 billion trees along 4,500 kilometers (2,796 miles) on the northwest rim of China, on the edge of the Gobi Desert, by 2050.

The goal is to prevent the advance of the desert, which occupies a fifth of China’s national territory and is spreading through urban and agricultural areas at a rate of 2,500 square kilometers (about 1553 square miles) per year, leaving vast amounts of land unusable and uninhabitable. However, the Great Green Wall, as the plan is known, seems to be moving in the right direction, progressively reducing the desertification process over the last two decades. A study released in November, a few days before the Climate Conference (COP23) in Bonn, Germany, showed that planting trees is still the best and cheapest solution to the presence of carbon in the atmosphere. “None of the carbon capture technology solutions proved to be as efficient in terms of scale at a reasonable price as planting trees,” says Michael Wolosin, author of the paper and president of Forest Climate Analytics, a US research institute. The best way is to return tree species to places they’ve grown previously, respecting the local biome, says the researcher.

Wolosin’s analysis looked at initiatives in China, India and South Korea which have, in the last two decades, taken a total of 12 billion tons of carbon dioxide out of the atmosphere (10.8 billion metric tonnes), one-third of the current global emissions of fossil fuels and equal to the amount dumped into the atmosphere in one year by 3,000 coal-fired power plants. It’s also double the amount of carbon dioxide thrown into the atmosphere by the United States over the same period, Wolosin concluded. Daecheongbong Peak, in Seoraksan National Park, South Korea, a country that planted billions of trees in the 1970s and 80s (Dyonis/Flickr)

South Korea provides the most efficient example of forest restoration over a short period of time, after planting 2.1 billion trees in five years in the first half of 1970 and another 4.88 billion in the following decade. These greening policies followed a period of rampant extraction of wood during the Korean War (between 1950 and 1953), which decimated the country’s forests, causing huge floods and landslides in the 1960s. One approach to reforestation included the distribution of seedlings to communities. Villagers’ engagement helped lower the cost of South Korea’s reforestation programs, according to Wolosin’s study.

In India, too, the involvement of the population was critical to the country’s reforestation of nearly 47 million hectares (about 116 million acres) over the past three decades. In the 1970s, with 45 percent of India’s forests devastated, an environmental movement called Chipko sought to slow logging and recognize the role of local communities in caring for the earth. In the 1980s, the government launched a community forestry management policy to implement relatively low-cost environmental programs, which, between 2002 and 2007, did not exceed US$161 million dollars per year, according to Wolosin. Dal Lake, in Srinigar, India: The country has reforested 47 million hectares over three decades, with the help of local communities (Donatella Venturi/Flickr)

Much is said about the carbon emissions resulting from deforestation, and indeed, that process is responsible for 10 percent of CO2 emissions globally. But, the role of forests in helping to reduce the concentration of carbon in the air has been underestimated. Experts call this process decarbonization. “They are able to remove a third of the pollution from the atmosphere,” says researcher Donna Lee, an independent consultant for Climate and Land Use Alliance and one of the authors of Forest Mitigation: A Permanent Contribution to the Paris Agreement? a study published in November.

Of the US$167 billion dollars that have been committed, since 2010, to global efforts to cut carbon emissions, only 2 percent have been allocated to reforestation, according to a Climate Focus survey published in October.

It’s time to shift direction. By 2030, combining efforts to curb deforestation with those aiming to increase reforestation, between 30 percent and 37 percent of opportunities to mitigate and reverse the impacts of climate change could come from forests, says Michael Wolosin. For him, reversing human action is possible, feasible and does not depend on a technology of the future: “It is something we already know how to do.”

Access the full reports released between October and November 2017. All documents are in English.