A young man, seeking to save his village from environmental degradation, sparked a movement that has planted thousands of trees in rural Ugandan communities 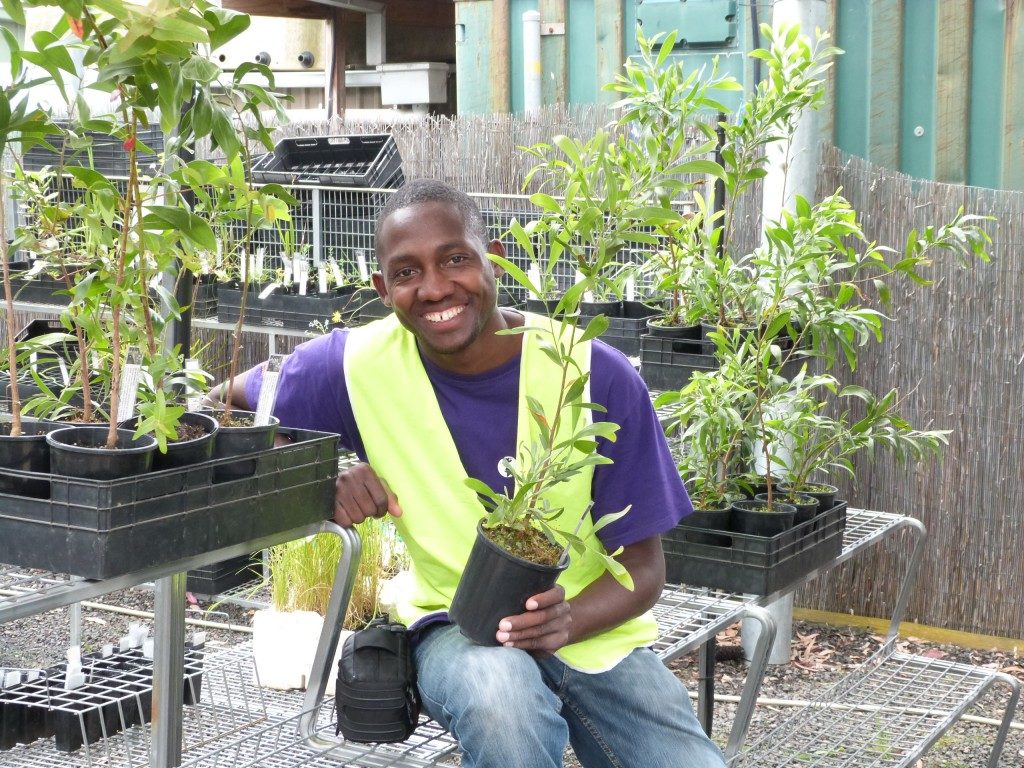 Charles Batte had a visionary idea ten years ago, when he was 19. He decided to plant trees in the rural community where his family held a piece of land. Born in Kampala, the capital of Uganda, Batte went frequently to the village of Katiiti, 37 kilometers west, to help plant food for his subsistence-farming family of 15. He has thirteen brothers, five of them adopted by his parents.

Over the years, Batte noticed that harvesting the soil had become difficult. Its productivity was no longer the same. Losing trees had also changed the landscape. In the rainy season, strong winds and storms swept away the little that Batte’s family had cultivated. “That situation awakened me and inspired me to study the earth sciences more and understand how natural landscapes sustain themselves, and how humans interact and interfere with nature,” he told Believe.Earth during Global Landscapes Forum (GLF) in Germany, where he talked about his conservation experience, his work with farming families in Uganda and the importance of involving young people in sustainable development.

After discovering agroforestry, a practice in which food is cultivated and forests are restored on the same piece of land, Batte brought the knowledge to the leaders of his community. “I wanted to inspire farmers to prevent erosion and improve productivity,” he says. “And my goal was to make the experience collaborative.”

There was no resistance to Batte’s idea in Katiiti. The small village’s farmers — fewer than ten  — adopted agroforestry and got behind the initiative, which would later be formally established as the NGO Tree Adoption Uganda. Today, ten years after that initial meeting, the organization estimates that it has encouraged the planting of more than 70,000 trees in hundreds of Uganda villages. “We contact small farmers from different communities, we listen to their ideas about how they want to improve their production and their lives, we give training, we talk about the advantages of planting trees and combining them with cultivation,” says Batte.

Tree Adoption Uganda also encourages the use of native species that provide more than enough wood for families. Neem or nim (Azadirachta indica), for example, is a tree in the mahogany family whose leaves, fruits, seeds, bark and wood have a range of uses, from manure to natural insect repellent (it even works against the mosquitos that transmit malaria). The tree, resistant to drought and with a dense canopy of up to 20 meters in height, improves the fertility of the surrounding soil and helps to recover degraded lands. Another example is Calliandra, which fixates nitrogen in the soil and has branches that can be used to feed cattle. “These are some incentives for producers to have trees on their properties,” says Batte.

Batte has a small staff. Five members work on outreach to rural producers, agroforestry training and educational programs in schools. Ritah Mahoro, 24, is one of them, and a former beneficiary of the project. “I quickly saw the importance of preserving trees and caring for nature, and wanted to get involved,” she says. “It was what I always wanted to do, to help my community.”

The group has the support of 60 volunteers, who act as disseminators. “We call them champions because they help us to spread our message and bring people together for our activities,” says Batte. 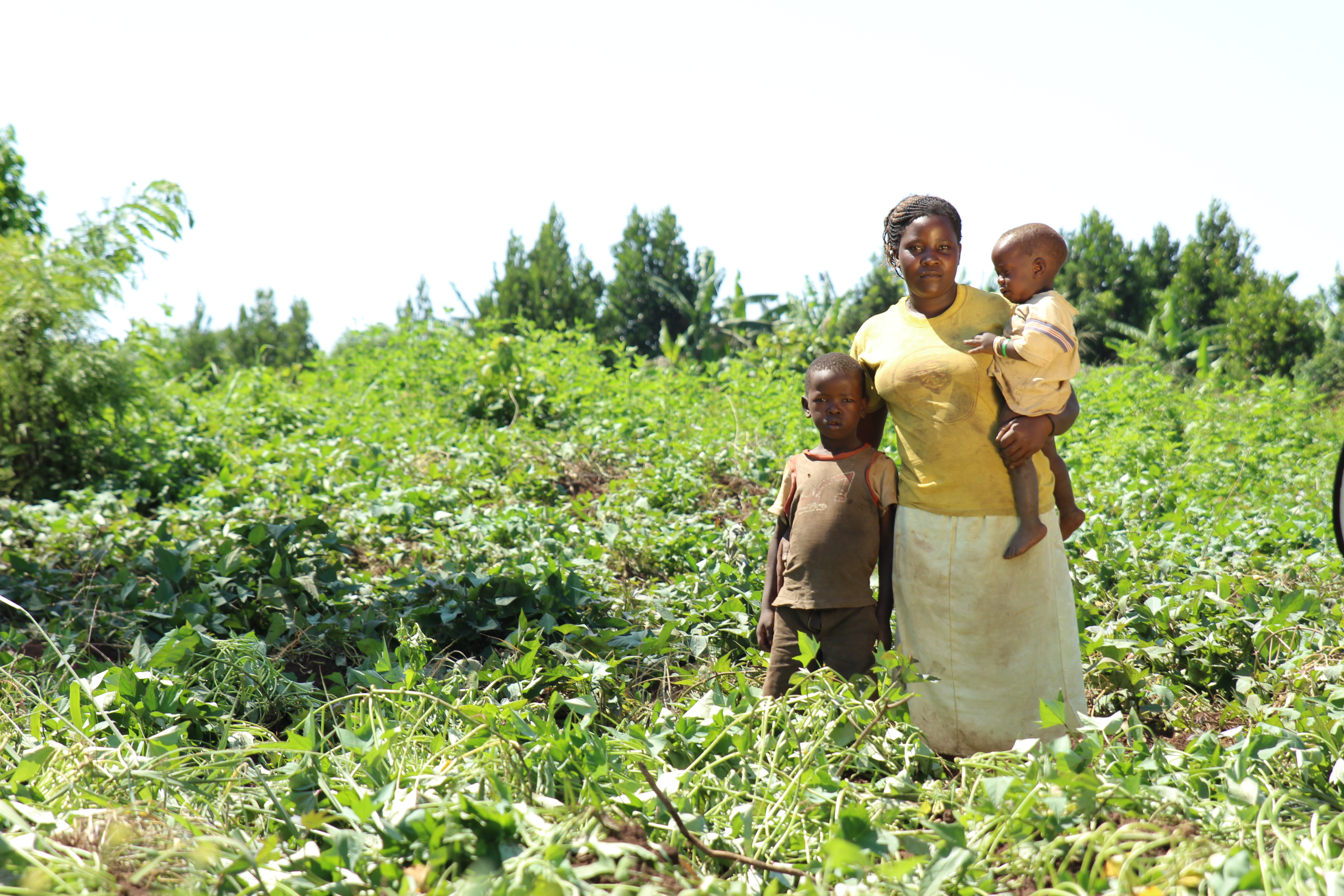 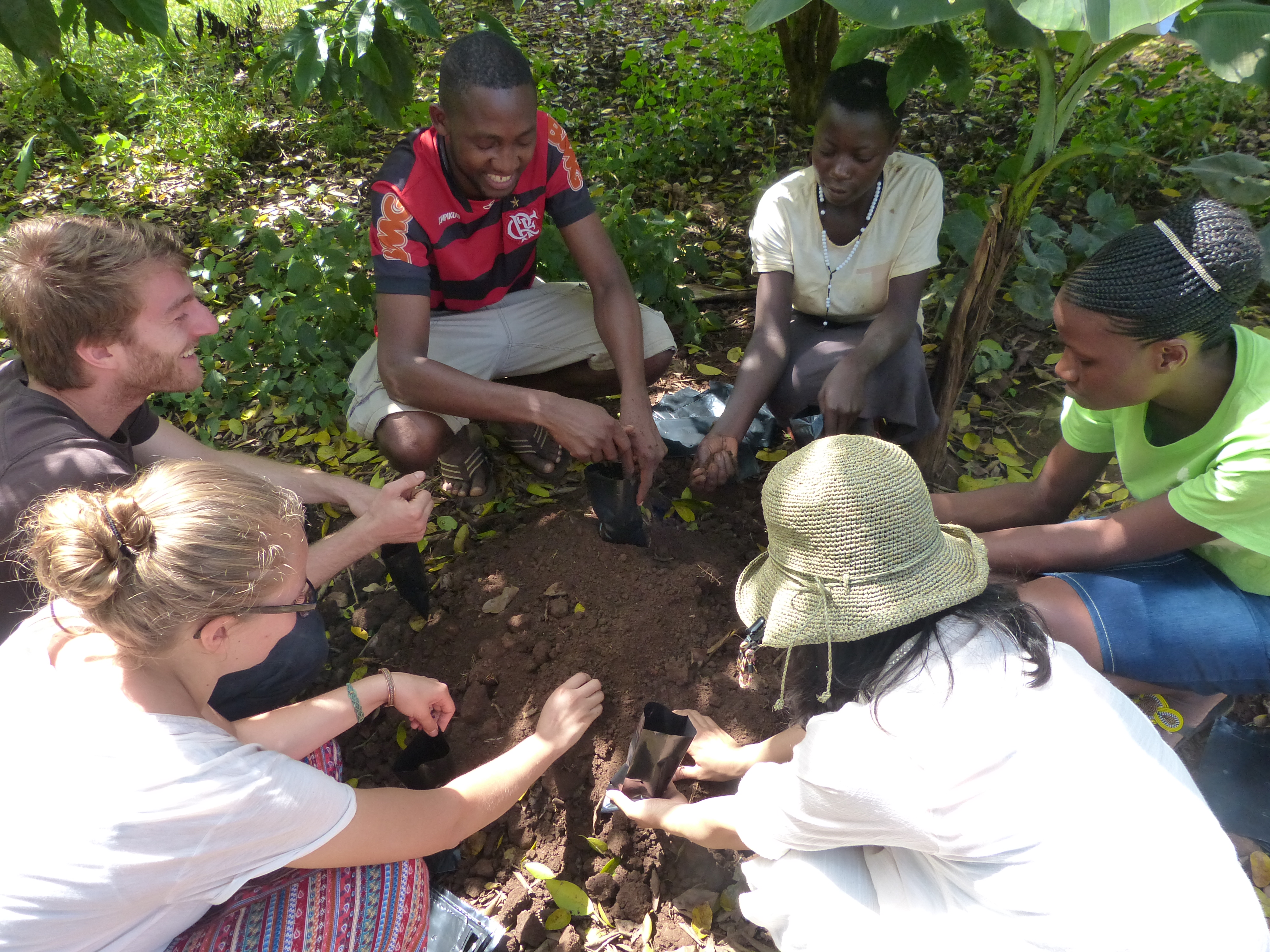 Charles Batte at a community workshop with young adults and teenagers who live in rural communities, discussing the importance of planting trees (Photo: Tree Adoption Uganda) 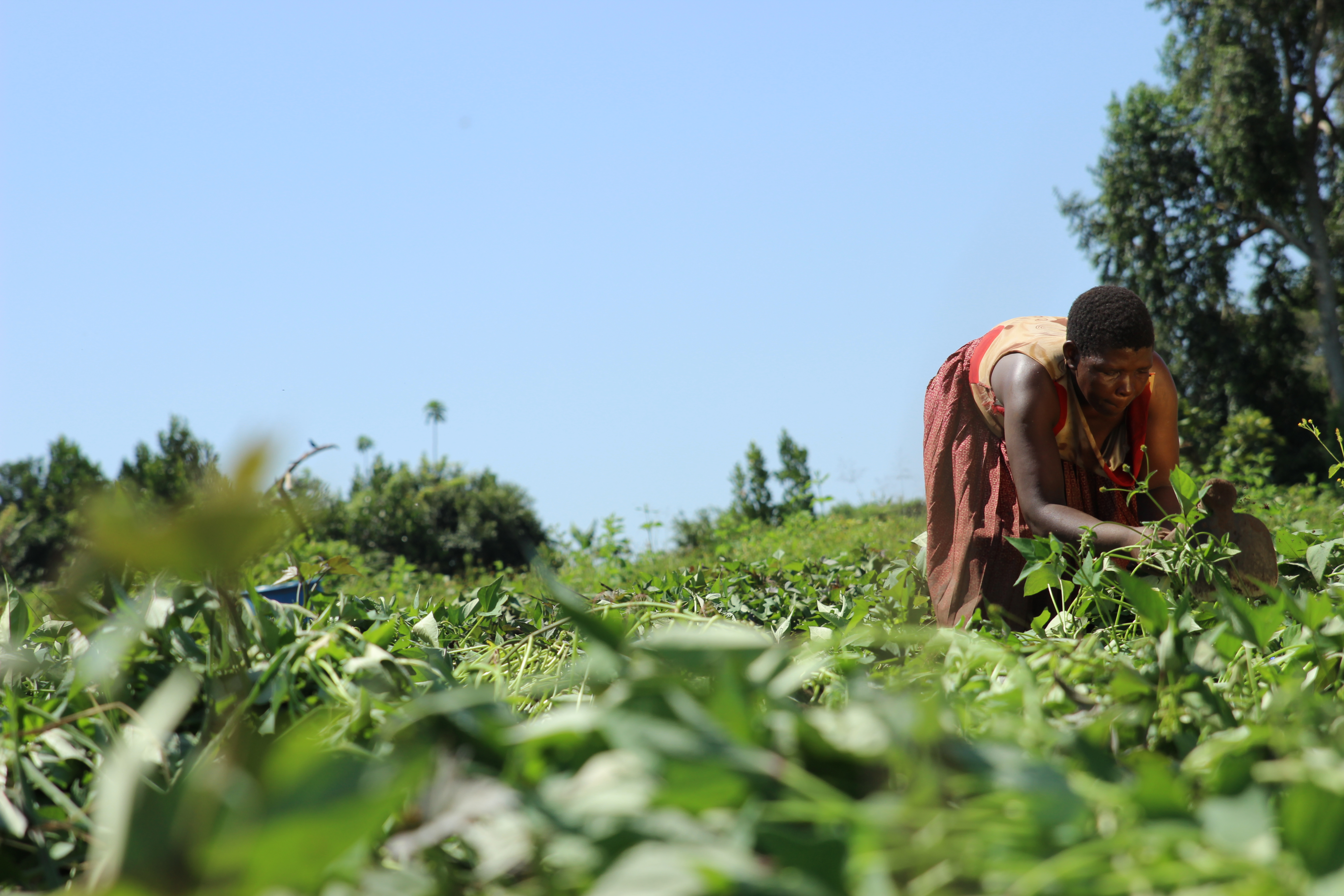 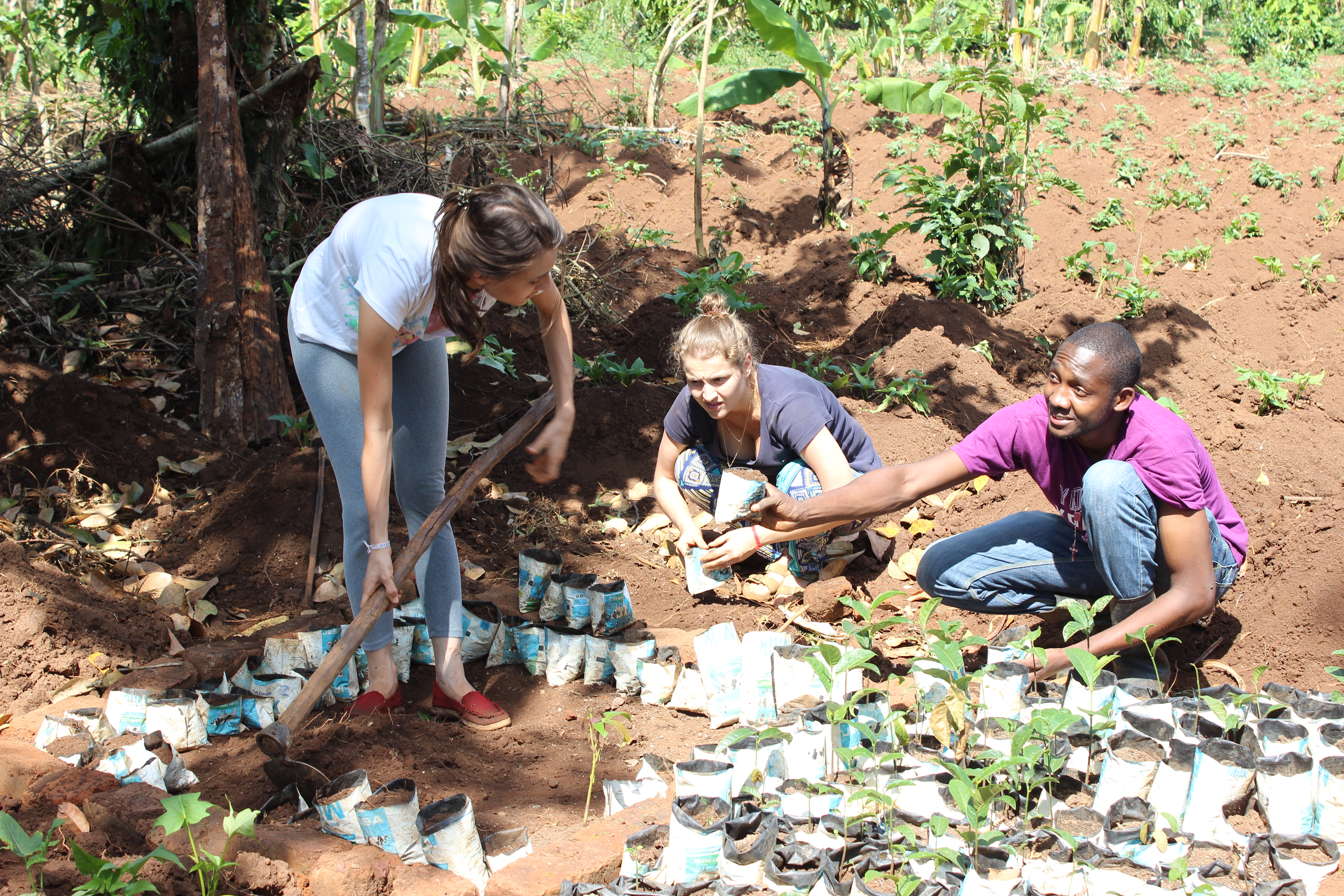 THE STRENGTH OF THE YOUNG
Besides improving agricultural productivity in the countryside and restoring the degraded landscape, Tree Adoption Uganda wants to raise young people’s awareness of the cause. More than 5,500 young adults and teenagers have participated in the group’s training sessions. “We train them in agroforestry systems and the creation of rural businesses and microenterprises,” says Batte. Focus on this constituency is necessary. Although agriculture is Uganda’s main productive sector, absorbing, according to the Brookings Institution, 66 percent of the workforce, there is a problem: “Young people growing up in rural areas feel that the opportunities are in the cities,” says Batte. “Many leave their villages behind in search of urban jobs.”

In cities, however, finding a job isn’t so easy. The rate of youth unemployment in Uganda’s cities is much higher than in its rural areas, according to a 2015 World Bank study.

Uganda has the youngest population in the world: 78 percent are under 30, according to the government. “If we can convince young people from rural areas that they can produce food in a sustainable way, be autonomous, make a living and generate income for the family, we will be able to reduce unemployment rates,” says Batte.

Recently, Tree Adoption Uganda began mapping by GPS the thousands of trees that have already been planted as a result of the NGO’s work. By 2017, the group had located about 1,000 of them. Coordinates set, Charles and his team have created a way to motivate people and companies to adopt trees. Interested parties pay about  US$ 1 or US$ 1.50 to sponsor a tree and receive information from the GPS and from the farmer responsible for it. This generates income for the local producers who support the cause. “We also get in touch with companies to offer them the chance to adopt trees as a way to offset their carbon emissions and help the small farmers survive,” says Batte. The organization is already on international platforms to spread the word, such as this one here. 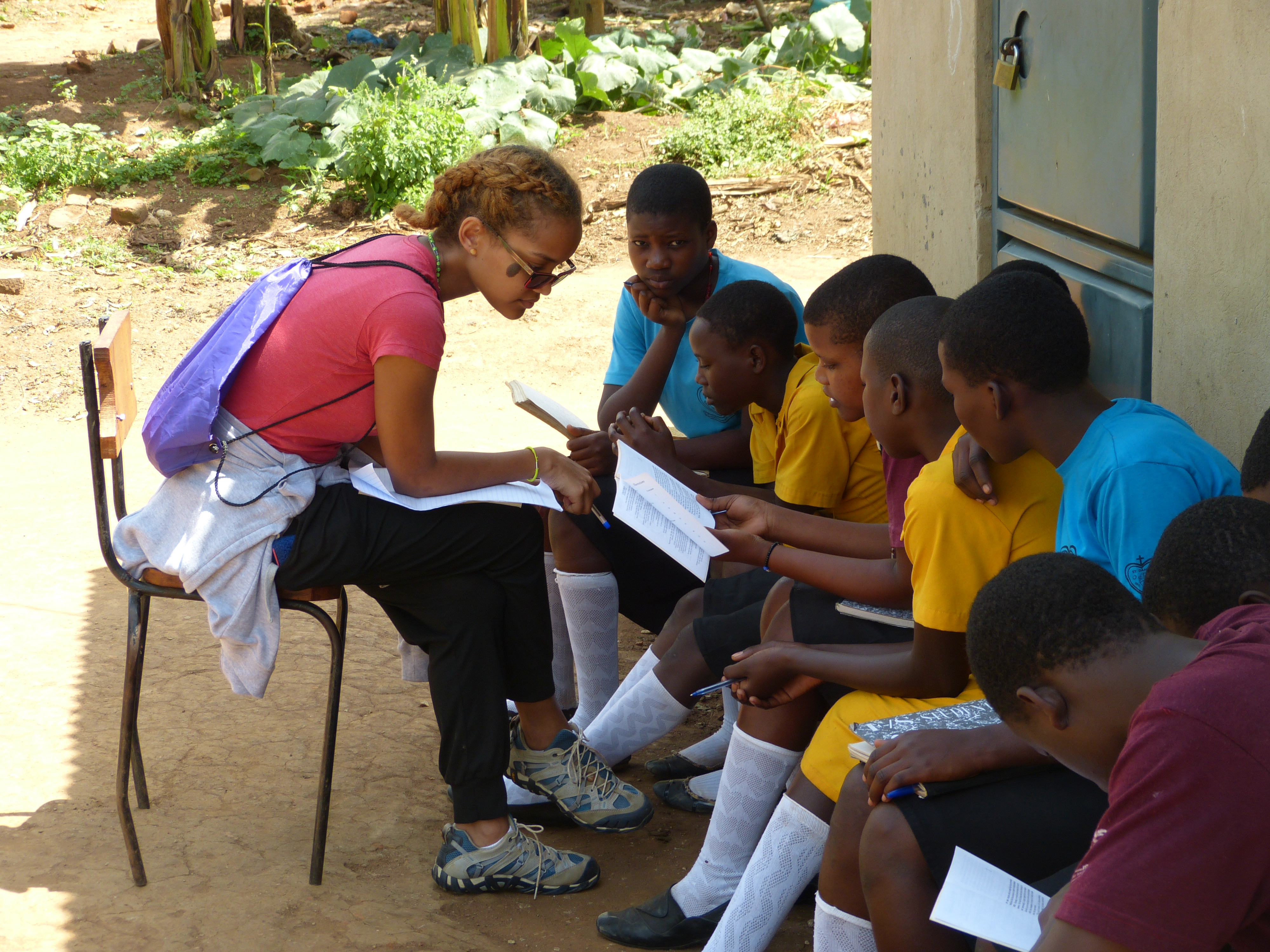 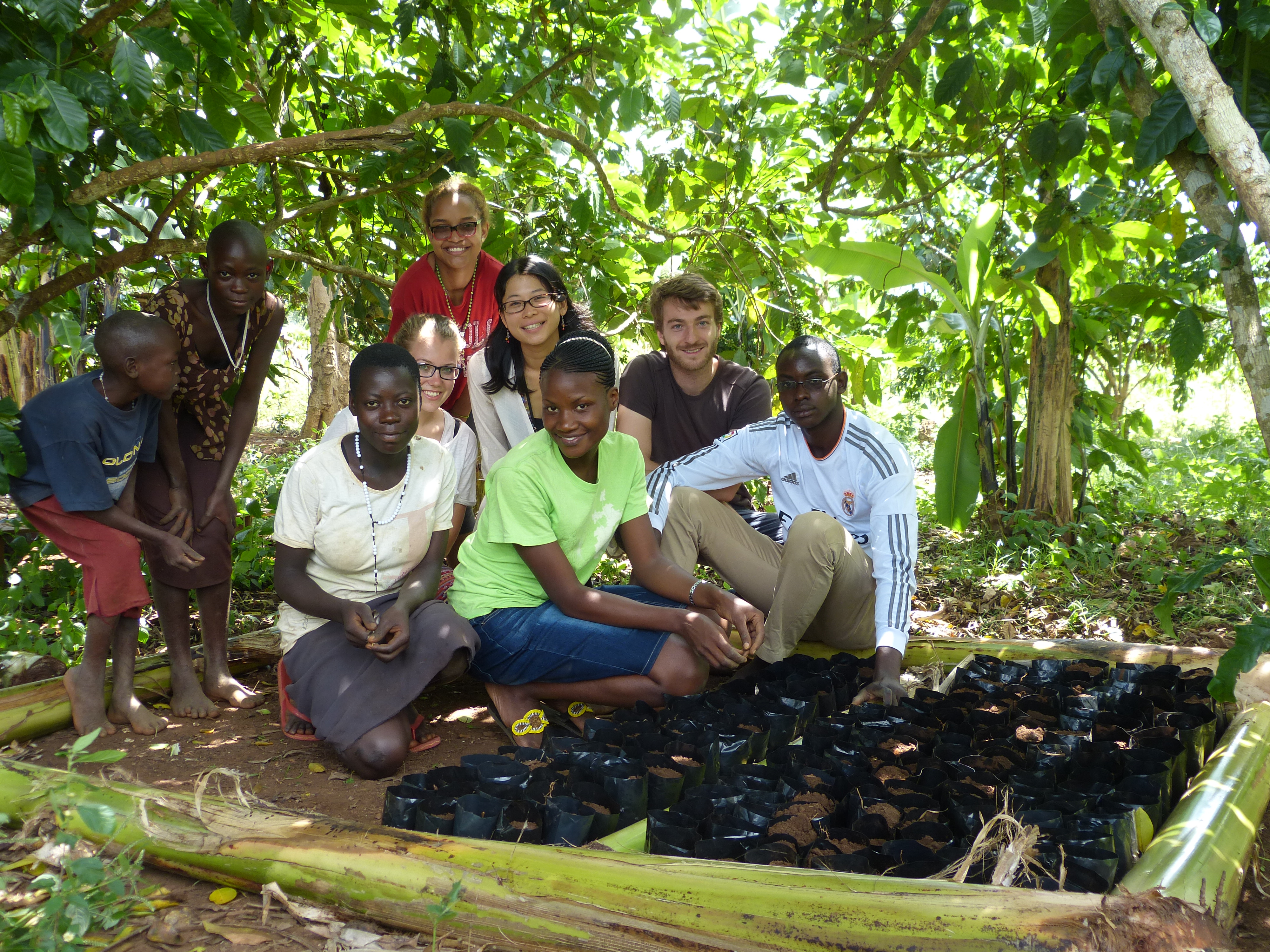 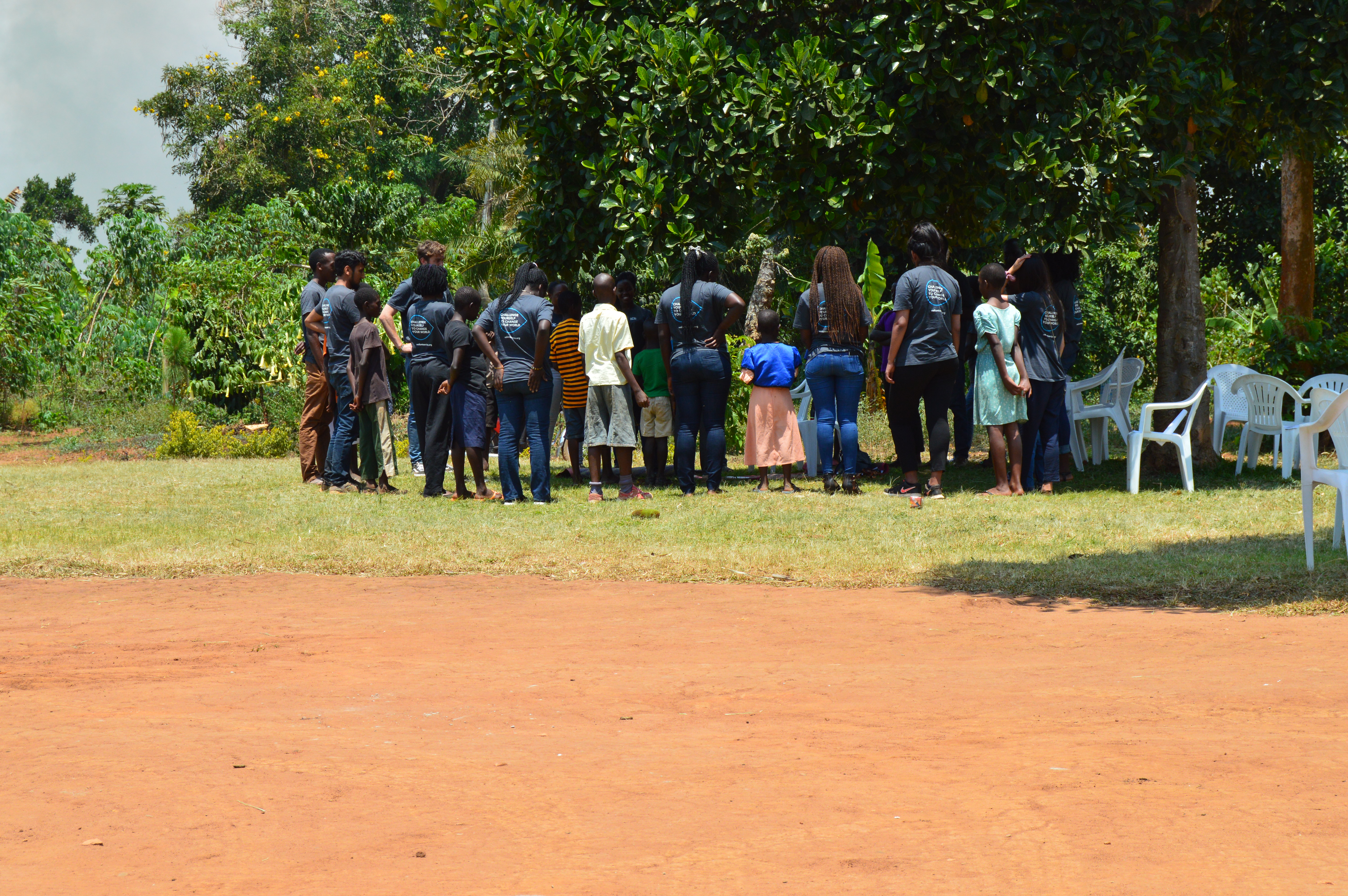 HARVESTING CHANGE
Charles Batte’s work is internationally recognized. In 2012, he was named the World Merit Global Ambassador for Social Entrepreneurship and traveled across 20 countries to work with youth. The following year, the International Youth Foundation named him a Global Laureate Fellow. Earlier this year, Tree Adoption Uganda hosted the Energy Globe World Awards 2017. “There is a movement for social change taking place around the world,” says Batte. “Young people have decided that they will work daily in their communities to do their best. I have spoken to people from the new generations who have opted for rural production instead of migrating to cities. A positive change is on the way.”

This change has inspired a lot of people, including those who work with Batte. “He’s the kind of person who believes that small projects can change an entire community,” says Ritah Mahoro. “He’s a changemaker.”