Fala Roça Newspaper: the daily happenings of the Rocinha favela 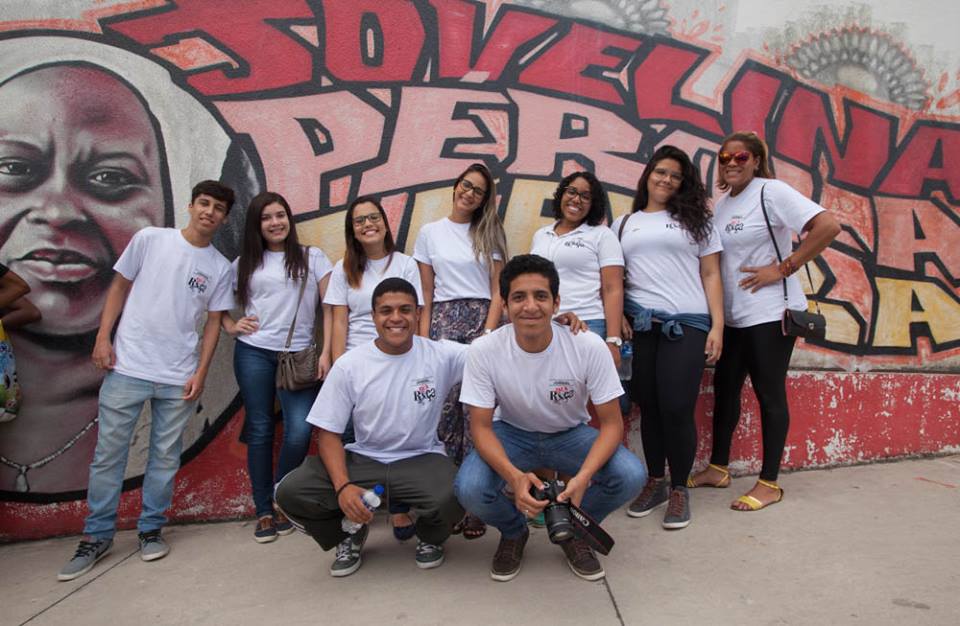 Members of the Fala Roça newspaper at the five-year anniversary of the Redes para Juventude Agency (Photo: Facebook)

You say you’re from Rocinha but never heard of the Fala Roça newspaper? This print newspaper covers daily events in Rio de Janeiro’s largest favela, in the city’s south side, with residents who come mainly from the country’s northeast.

And the person responsible for it was born and raised in the community: Michel Silva, 24, the son of two janitors. Tuned in to events since he was a child, Silva would read newspapers his father brought home from his job in an upper-class apartment building. One day he realized that the lifestyle of those living in the city’s rich areas was very, very different from the favelas. 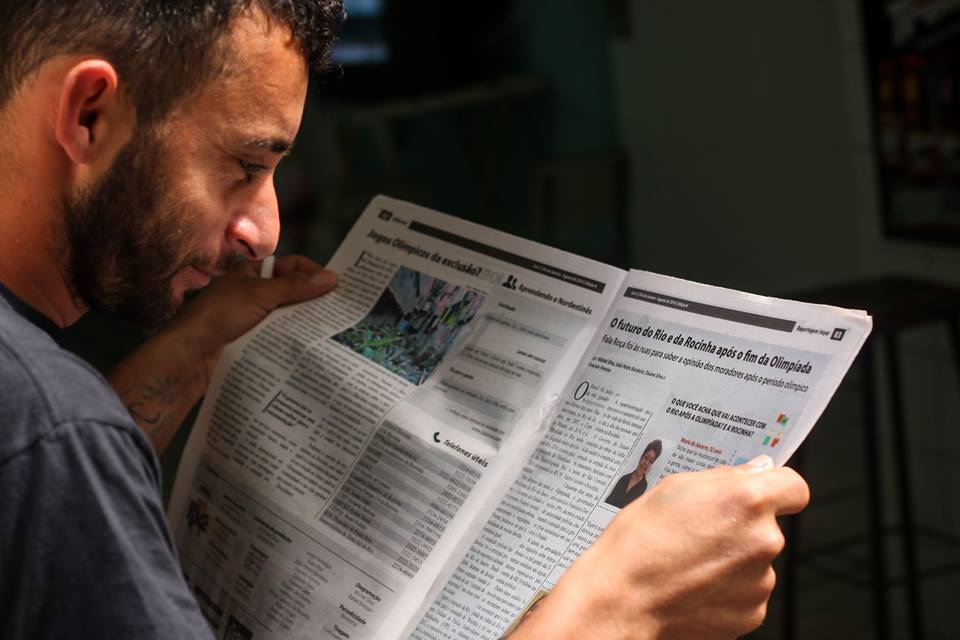 A resident in the community reads the print version of the paper, which also has an online version (Photo: Facebook)

Using a computer with only 256MB of memory and a makeshift “community press” badge, he started covering the neighborhood’s happenings – and was receiving recognition for it. From cultural events to the disappearance of the construction worker Amarildo, Fala Roça is always there.

An in this election year he is mapping the candidates coming from the favelas, and hopes to see young black people being elected who are aware of the country’s political situation. “I am hoping that there will be lots of new candidates, new faces, and I think the role of the press is to present those who can change current politics,” he explains. “Transformation can also come from people’s resignation.”

“I was so tired of the bad news that always came out about Rocinha that I wanted to show another side of the favela, more cultural and humane” (Michel Silva)