With her belief in the potential of sustainable development, Fernanda talks to businesses to defend the environment and local communities 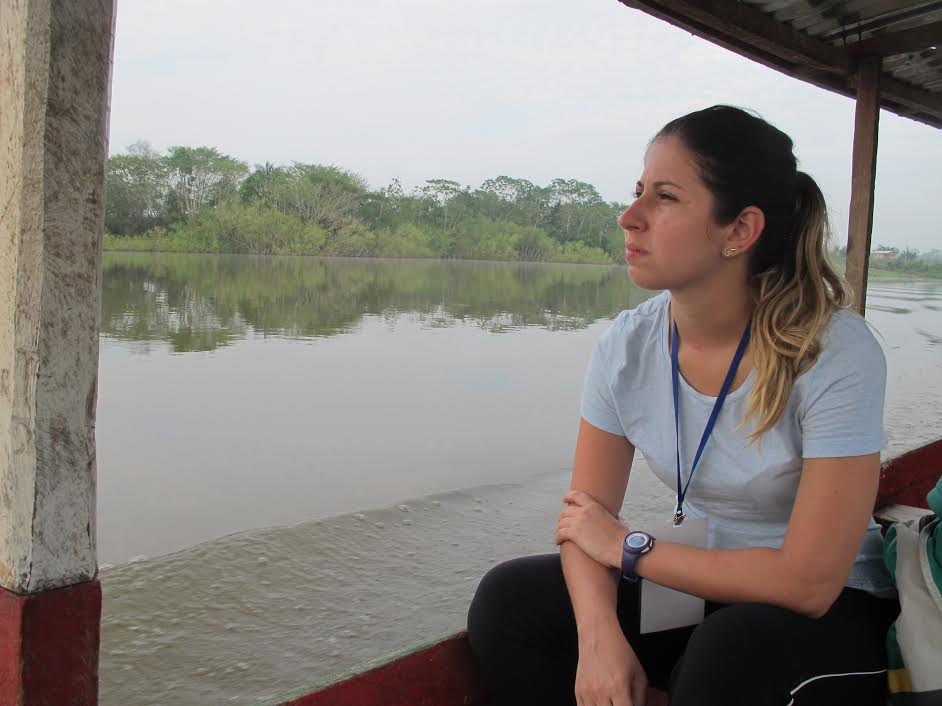 When it comes to the environment, sustainability and climate change, two different worldviews usually come to mind: in one, environmentalists are constantly working to preserve natural resources, defending ways of life that respect the environment, and constantly denouncing the environmental damage caused by humans, especially from public policies (or lack of them) and the activities of large businesses. And then comes the other worldview, in which companies, attending to their needs, prioritize their interests over the environment.

Unfortunately, we don’t have two worlds. There is only one planet, and environmentalists and companies both need to live in it. When faced with this challenge, some close the door to any possibility of dialogue, while others accept to go, talk, and change the structures from the inside. Fernanda Martinelli belongs to the second group.

Fernanda has been committed to nature since she was little. Born in Vitória, in the state of Espírito Santo, she grew up surrounded by the sea and by conservation projects like Tamar – which protects sea turtles – and the actions of S.O.S. Mata Atlântica, which protects Brazil’s Atlantic Rainforest. “I loved visiting these projects, being in the middle of nature, but I never thought this would be related to my job,” she says.

It was inevitable. When she was 18, Fernanda left for Viçosa, Minas Gerais to study biology, already passionate about the environment and natural conservation. Unsurprisingly, after graduating and getting a Master’s in Sustainable Development in Rio de Janeiro, Fernanda started working for Conservation International in Brazil.

In her first two years in the organization, Fernanda monitored the Bolsa Verde project, in which the Brazilian government provides a quarterly allowance to families in extreme poverty living in rural areas or traditional communities who contribute to the preservation of nature. Fernanda considers this experience as an “immersion into the world of community organizing.” However, this experience also served as preparation for her next step: moving to the Amazon region.

Fernanda went to live in the city of Belém, in the northern state of Pará. She continued working for Conservation International, this time on a project where she helped businesses and local communities work with palm oil in a sustainable way. Her work consisted of talking to large businesses to make sure they were using palm oil without having a negative impact on local communities and biodiversity. “Companies are open to dialogue because palm oil got a negative image in Thailand and Indonesia, where its expansion impacted biodiversity,” she explains. “Companies in Brazil want to change this image, to be able to market these products to countries that are already concerned about these issues.”

Fernanda’s task is hard, but she is passionate. Ultimately, she was working for families in the Amazon to be able to develop their lives sustainably, planting and selling palm oil to companies with a commitment to the environment. Fernanda currently works as a project director at the Youth Solutions program in Germany, managed by the UN Sustainable Development Solutions Network – Youth (SDSN Youth). She is in charge of facilitating access to financing and guidance for young people who are driving change.

Evelyn Araripe Alasca, Estados Unidos
Keep up with us!