These creative approaches to solar power are both sustainable and aesthetic 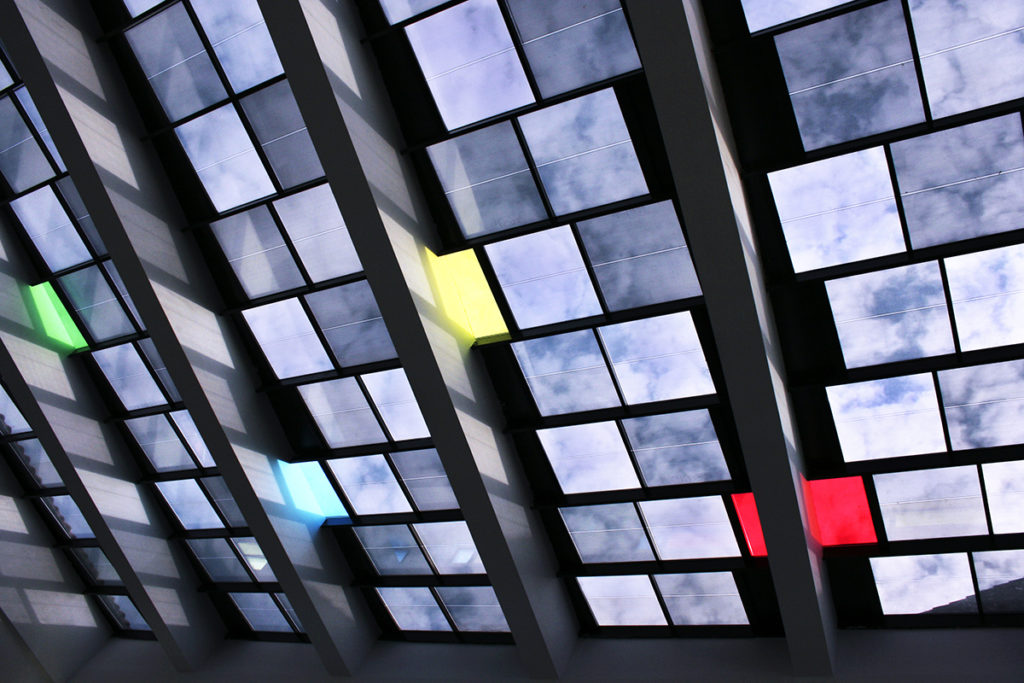 The glass roof of the Bejar market in Salamanca, Spain produces 9,000 kilowatt hours (kWh) of energy annually, reducing the amount of carbon dioxide in the atmosphere by 6 tons per year (Photo: Onyx Solar)

From 2020 on, all new buildings in the European Union will be required to keep carbon emissions close to zero. In the UK alone, buildings account for 40 percent of carbon emissions, according to data from the UK Green Building Council, a construction industry organization aimed at improving sustainability. By 2050, the British government aims to reduce emissions to 80 percent of 1990 levels. “The most efficient way to do this is to reduce the energy consumption of buildings,” says Richard Twinn, policy advisor of the UK Green Building Council. “This can be achieved if we increase the efficiency of real estate so that buildings spend less and can produce their own energy. So, we can think about the photovoltaic materials [that convert sunlight into electricity].”

One way to accomplish this is to use the entire facade of buildings to capture solar radiation. “The great industry challenge is to create materials that, in addition to performing well technically and having the durability to function for more than 30 years, are aesthetically pleasing,” says Georgi Yordanov, a researcher at EnergyVille, a Belgian research institute focused sustainable and “intelligent” energy.

Efficiency and beauty have both been present in the latest building photovoltaic material (Building Integrated Photovoltaics, or BIPV) projects. A group of researchers from the University of Exeter in the United Kingdom has developed a glass brick with cells that generate electricity by concentrating solar energy. Known as Solar Squared, the transparent block will also work as thermal insulation allowing the passage of light, which will help to lower the cost of lighting. The Solar Squared glass brick, which turns sunlight into energy, was developed at the University of Exeter in the United Kingdom (Photo: Exeter University)

That innovation is in the prototype phase, but the researchers estimate that the price of the material will not be prohibitive. “Traditional glass bricks cost from £$5 to £$40 pounds,” says Hasan Baig, one of the inventors of the product. “We figured out Solar Squared will be at the top of this price range. But, we must bear in mind that energy savings mean that value is recovered in the long run.” Hasan is one of the founders of the startup Build Solar, which was created to develop the solar bricks and other sustainable innovations.

Solar Squared should reach stores in 2018 and boost the market for photovoltaic innovation by proving that other products besides large photovoltaic panels can support the market for harnessing energy from the sun. There is already colored glass with the same technology, thickness and customized formats. “They integrate better [than previous photovoltaic panels] with construction and can even be used to make floors and to divide rooms,” says Adriano Muñoz, marketing executive for Onyx Solar, the company responsible for producing the material. Onyx sells much of its solar glass to corporate customers, though the company works with some residential projects.

SolaRoad is another example of how BIPVs can be used. The initiative began as a pilot experiment for a bike path in the city of Krommenie in Netherlands, which is equipped with glass-covered solar panels that generate enough energy to supply three houses in a year. Today, SolaRoad sells kits to companies and governments, for installation in sidewalks, bike paths, parking lots, and other settings. A bike path in Netherlands with SolaRoad’s photovoltaic panels, which are covered in protective glass that withstands the weight and friction of bikes (Photo: SolaRoad Netherlands)

Last year, the US-based electric carmaker Tesla, led by billionaire Elon Musk, launched the world’s first solar roof. The tiles look like any tiles made of ceramic or stone, but they are made of tempered glass with photovoltaic technology. The tiles are a serious investment: US$ 800 dollars per square meter.

But consumers do not need to buy Tesla’s fancy products. “There are roofing options that are easy to install in homes with stylish design and competitive pricing,” says Leonie Greene, Membership and Communication executive for Solar Trade Association, a UK solar industry group. To assess whether the investment is worthwhile, the customer’s calculation should take into account the reduction in energy spending over the years, which usually compensates for the steep initial investment