The greatest restoration effort ever made in the Amazon rainforest 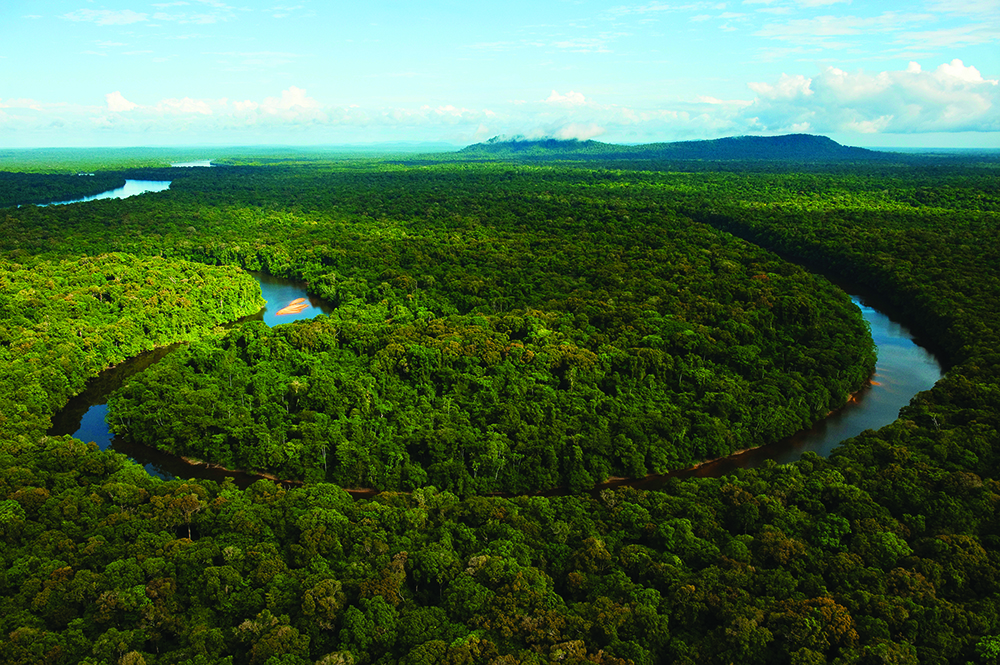 The greatest forest restoration ever made in the Amazon will recover a 30,000-hectare area (Morley Read/ Conservation International)

A major initiative for the recovery of degraded areas in the Brazilian Amazon will restorate, in the next six years, an area of almost 30 thousand hectares, which corresponds to an estimated 73 million trees. The largest forest restoration in the Amazon is the result of a partnership between the Ministry of  Environment (MMA), the Global Environment Facility (GEF), the World Bank, the Brazilian Biodiversity Fund (Funbio), the Conservation International (CI-Brasil), the Socio-Environmental Institute (ISA) and Amazonia Live, the Rock in Rio’s socio-environmental initiative.

And there are even more advantages. With the Ministry of Environment Áreas Protegidas da Amazônia Program (ARPA – Amazon Protected Areas), the project provides for the creation of new protected areas and reinforces those that already exist, developing means for long-term financial sustainability in these regions.

This is part of the project Paisagens Sustentáveis da Amazônia [Amazon Sustainable Landscapes – ASL], funded by the Fundo Global do Meio Ambiente [Global Environment Facility – GEF]. The initiative was created to protect the globally important biodiversity and implement policies to promote the sustainable use of land and the recovery of native vegetation in Brazil, Colombia and Peru. The program is implemented by the World Bank and has an integrated perception of the Amazonian biome that facilitates interconnection among the three member countries.

In Brazil, the project is aligned with GEF strategic goals, aiming at improving the sustainability of protected areas, reducing threats to biodiversity, recovering degraded areas, increasing carbon supply, developing good practices of forest management and strengthening policies and plans aimed at the conservation and the restoration of the ecosystems in the Amazonian biome. In its first stage, the planned investment for the six-year project in Brazil is of US$60 million, funded by the GEF, with an additional US$373 million from other co-sponsors. Amazonia Live is Rock in Rio’s social and environmental project, developed in partnership with Conservation International Funbio, and ISA (Instituto Socioambiental) [Social and Environmental Institute]. Its goal is to become a communication platform to establish a dialogue about the attention to our planet’s needs and to show that everyone — people, government and companies — can make a difference to a healthier and more sustainable future.

The Ministry of Environment, through its Secretariat of Biodiversity and Forests, also joined the project in 2016, becoming responsible for recovering protected areas in the Amazon rainforest with more than 1 million trees.

With these partnerships, Amazonia Live has already secured more than 3 million trees. Many contributions, such as public donations during the Rock in Rio 2017 ticket sales, secured thousands more of trees, in a total of 1,600 hectares in the Amazon rainforest.

The mix of recovery techniques, direct planting, seeding, enrichment, natural regeneration, and so forth, resulted in an average density of 2,500 trees per hectare, according to the ISA, which has been monitoring the area already recovered.

The Amazon Sustainable Landscapes project is Amazonia Live’s most recent partner, promoting a broader commitment to reforestation — from 1 million to 73 million trees to be reforested in the Amazon rainforest in the following years. “We have the possibility to join reforestation efforts in a unique and solid communicative platform so that the relevance of our work reaches more and more people, widening not only the dialogue about nature but also the impact of forest restoration with bigger commitment from the society”, says Rodrigo Medeiros, CI-Brasil vice-president.

Thus, the challenge is to double the number of trees to be restored. The goal is to show that, despite the growth in membership, much more needs to be done so that Brazil can meet its goals of the forest restoration agenda, either in the Contribuição Nacionalmente Determinada (NDC) [Intended Nationally Determined Contribution] of the Paris Agreement, either in the Plano Nacional de Recuperação da Vegetação Nativa (PLANAVEG) [National Plan to Recover Indigenous Vegetation] of the Ministry of Environment. The goal is to reach this doubling (nearly 150 million trees) in the next 6 years, duration time of the GEF ASL project and the Rock in Rio commitment to the next three editions of the festival in Brazil, Lisbon and the USA.

The idea is that through the commitment and mobilization of Amazonia Live, public and private sectors, as well as society as a whole, including celebrities, might join the initiative, making the team grow together for the reforestation of the Amazon rainforest. This call is an effective Brazilian contribution to the worldwide effort to confront climate change.

The Amazonia Live platform benefits from Rock in Rio’s expertise in reaching millions of people in an innovative and resounding way, and from its network of influential people, which allows the message on nature to be amplified. In the 2017 festival edition, more than 700 thousand people are expected in the Cidade do Rock [City of Rock]. And millions more will be reached via the Internet and TV.

AUCTION FOR A BETTER WORLD
To amplify the message regarding the importance of reforestation, Rock in Rio has launched an online charity auction and all funds raised this way will be donated to Amazonia Live. On the platform it is possible to bid for signed electric guitars, pieces of artwork, a customized Harley Davidson and even items used by artists during the shows.