To eat pesticide-free, we must change everything from the production process to our consumption habits 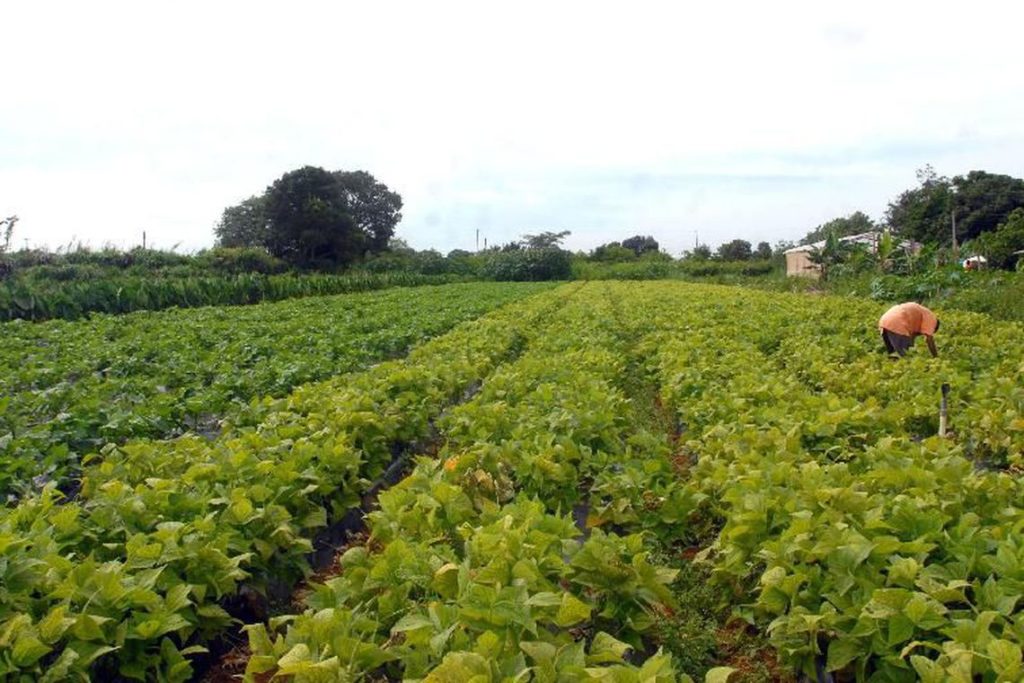 According to the Brazilian Institute of Geography and Statistics (IBGE), family farming is responsible for 70 percent of the food Brazilians eat every day (Elza Fiúza/Agência Brasil (Brazil Press)

Experts from the United Nations say that we can feed more people and rid the earth of pesticides at the same time, as small farmers can double production without using pesticides. They also say that it’s possible (and necessary) to make a global transition to a safer and healthier model capable of nurturing the world’s population, which will reach 10 billion people by 2050.

“I have no doubt that we can produce more than enough to feed the world without pesticides,” says the Dutch farmer Joop Stoltenborg, 79, who has lived in Brazil for more than 50 years. He and his wife, Tini, own A Boa Terra (The Good Land), a farm in the interior of the state of São Paulo. Stoltenborg is one of the pioneers of organic agriculture in Brazil. Raised in a rural family, the farmer, once an enthusiast of chemical fertilizers, became a defender of poison-free food after seeing relatives, employees and animals sickened by pesticides. 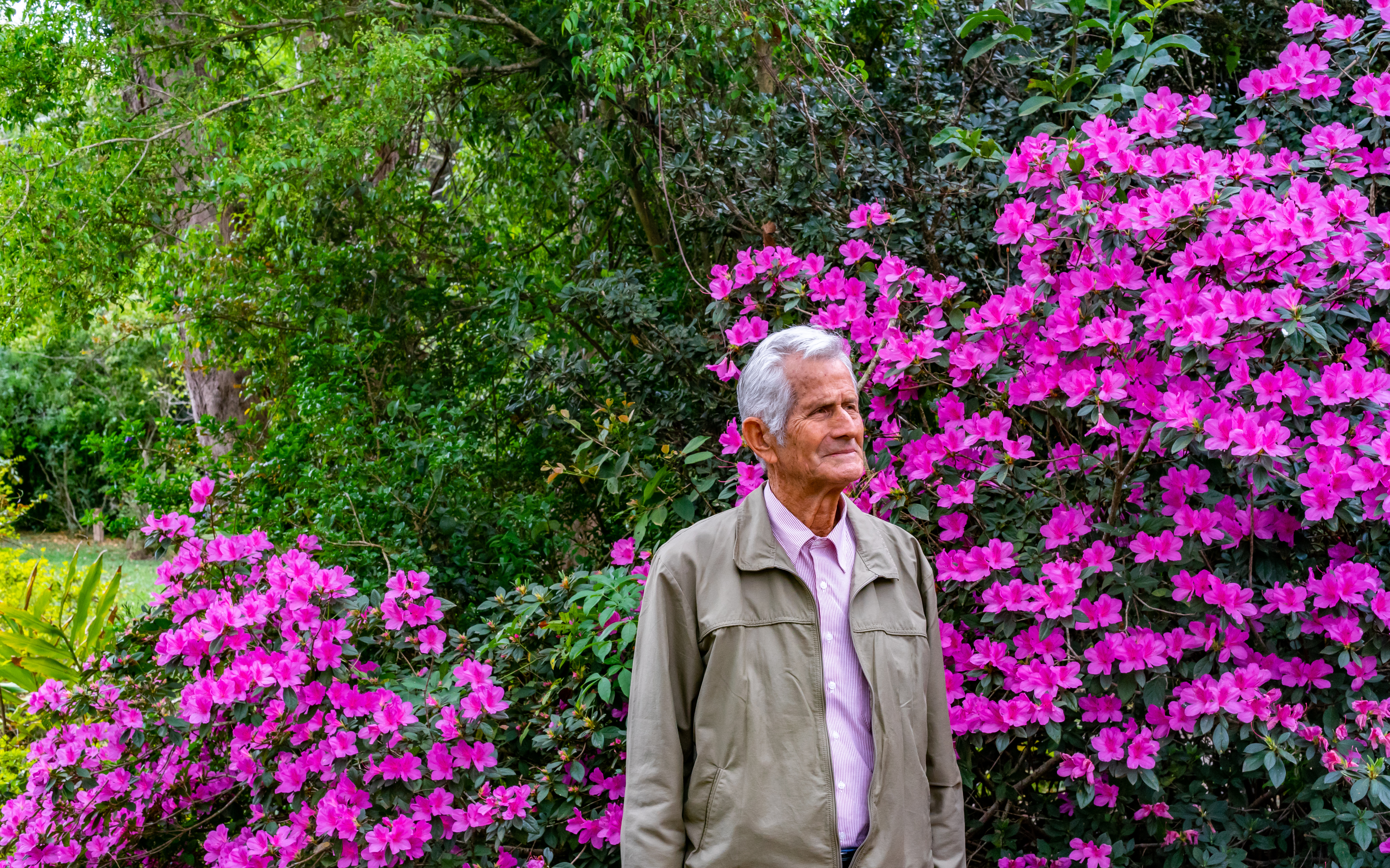 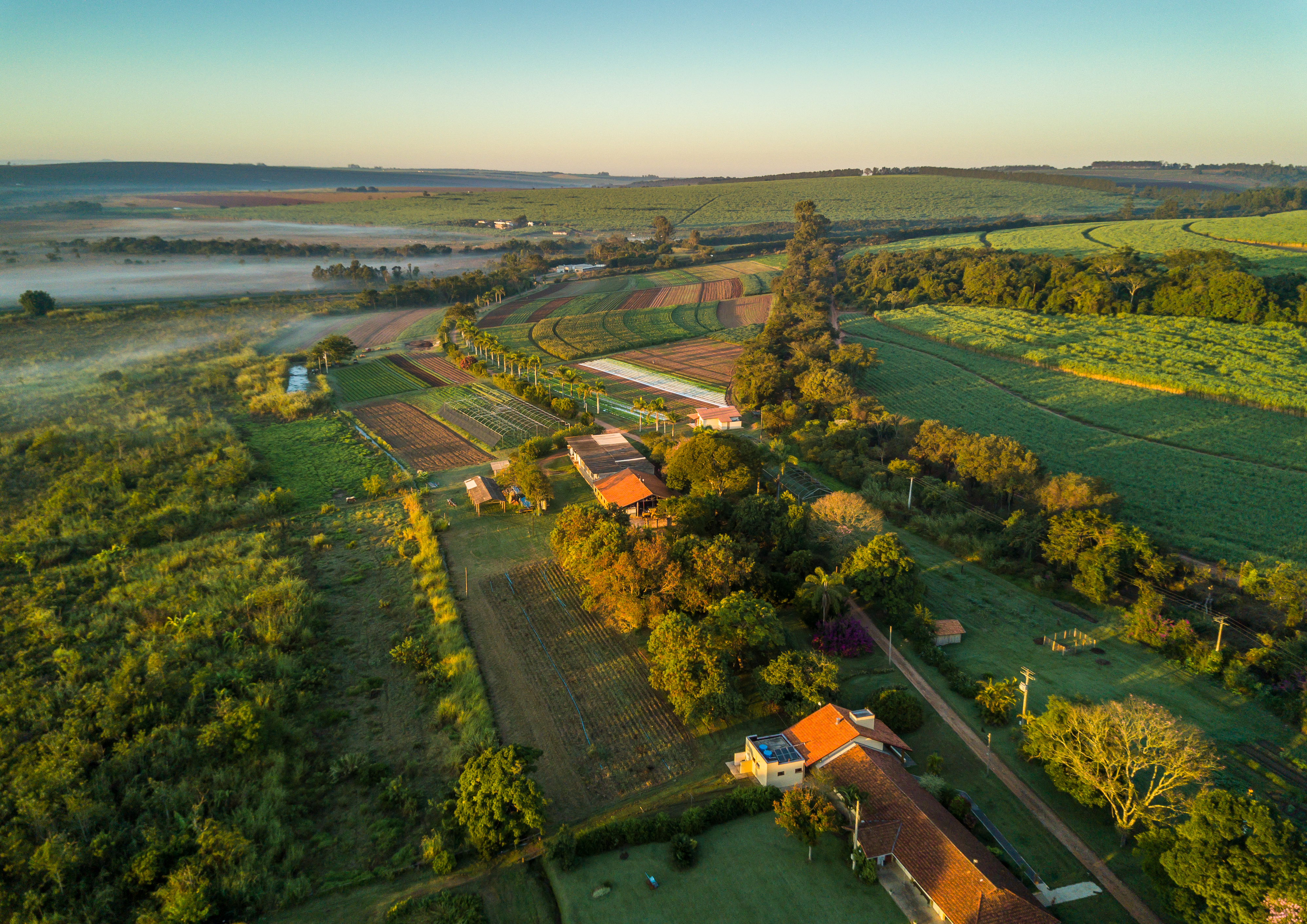 NEW PRODUCTION PROCESS
In Brazil, agribusiness is characterized by monoculture. The major crops are soybeans, sugarcane and corn. Large-scale production keeps growing: in 2017, there was a record harvest of more than 240 million tons.  But only a small part of that stays in the country’s domestic market.  For example, 78 percent of the 110 million tons of soybeans harvested last year were exported to China.

“In the Brazilian model, food is seen as commodities and bioenergy,” says Larissa Mies Bombardi, a researcher and professor of agrarian geography at the University of São Paulo (USP). “This is not geographically determined, but a choice. We are not talking about feeding people, but about the logic of a globalized economy.”

Bombardi is the author of  “Geography of the Use of Agrochemicals in Brazil and Connections with the European Union,” a report pointing out that 1/3 of the chemical products used in Brazil have already been banned in Europe. “What kind of society has Brazil built? Just look at the environmental burden and the effect on people’s health,” she says. “Monoculture aims at profit. We need to change our focus to food security, which must be based on small production with agroecological practices. Only then can we start thinking of food without pesticides.”

So, who provides food to Brazilians? According to the Brazilian Institute of Geography and Statistics (IBGE), family farming accounts for about 70 percent of the food Brazilians eat: rice, beans, manioc and other staple foods dominate the domestic market. 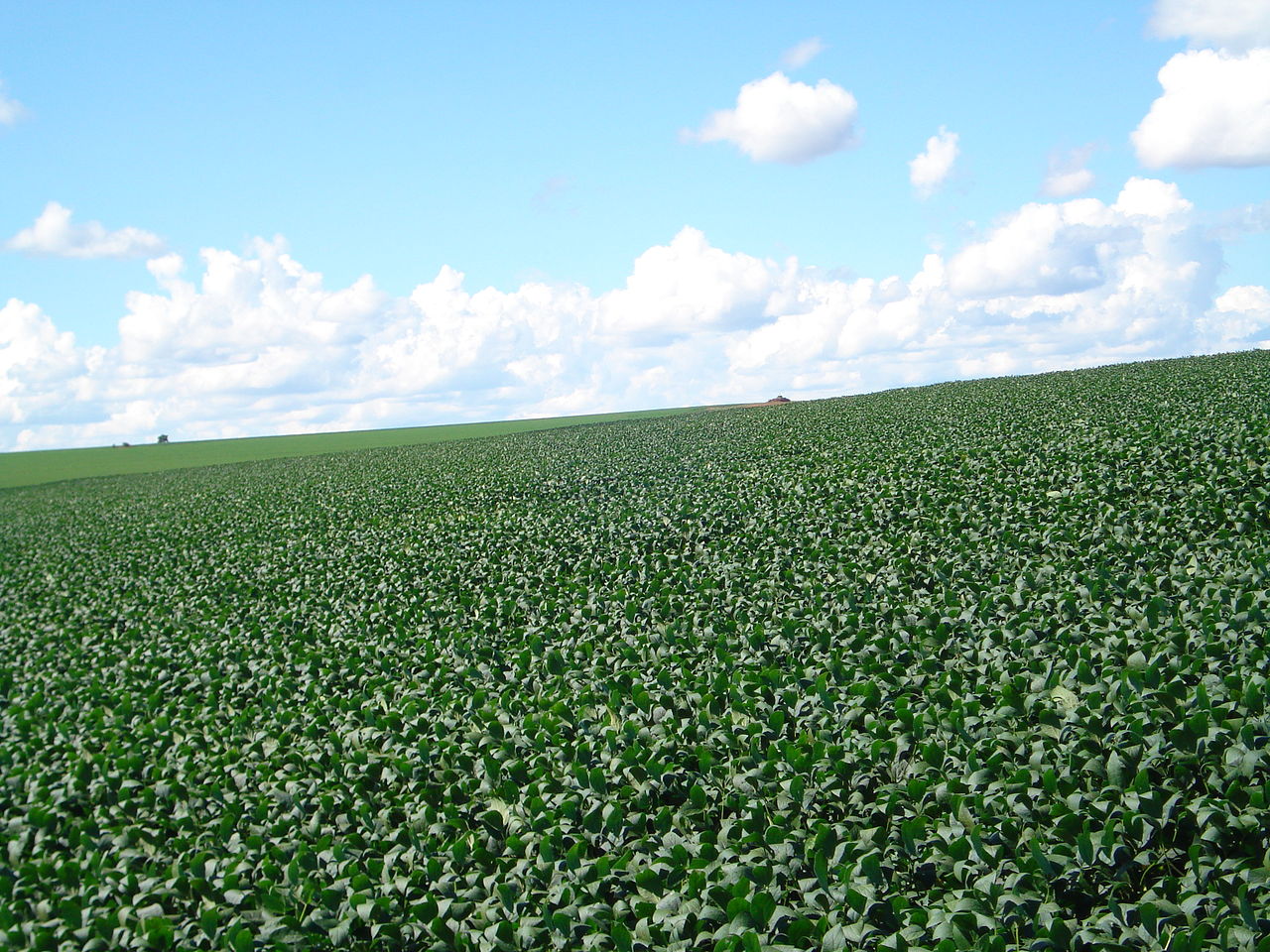 Agroecology respects the natural process of an ecosystem, mixing types of food, planting among trees or using natural predators to fight pests — always without pesticides.

Structural public policy change is needed to encourage these models, starting with financial incentives. In a study that was part of Greenpeace’s “Toxic Agriculture” report (download here), Walter Belik, an economist and researcher at the State University of Campinas (Unicamp) in São Paulo, found that although credit extended to family farms has increased, reaching R$ 30 billion (US$ 120 billion), credit for agribusiness has advanced much more, reaching R$ 200 billion (US$ 800 billion). Policies that need overhaul include tax exemptions for the pesticide sector and too few incentives for agroecological production.

INVESTING IN RESEARCH
“Since I started working with organic, I try to be creative in order to increase production. I also exchange experiences with other farmers and my neighbors,” says Joop Stoltenborg, whose land, A Boa Terra (The Good Land), has been certified as an organic farm since 1981. “But, there is still a lack of support for access to research. We only read things like ‘how to plant the potatoes with the smoothest bark’, for example. But nothing about the noble roots of Brazil, such as cará and inhame (yams), more pest-resistant and therefore easier to produce without pesticides.”

Rafael Coimbra, 33, was born in São Paulo and quit the advertising field to grow organic food in the interior of the state of São Paulo. He echoes Stoltenborg’s call for dissemination of research. “I always do things by trial and error in order to get a good harvest,” he says. “Imagine if I had access to the studies.” On his biofarm, Santa Julieta, he practices agroforestry, planting amidst the forest. 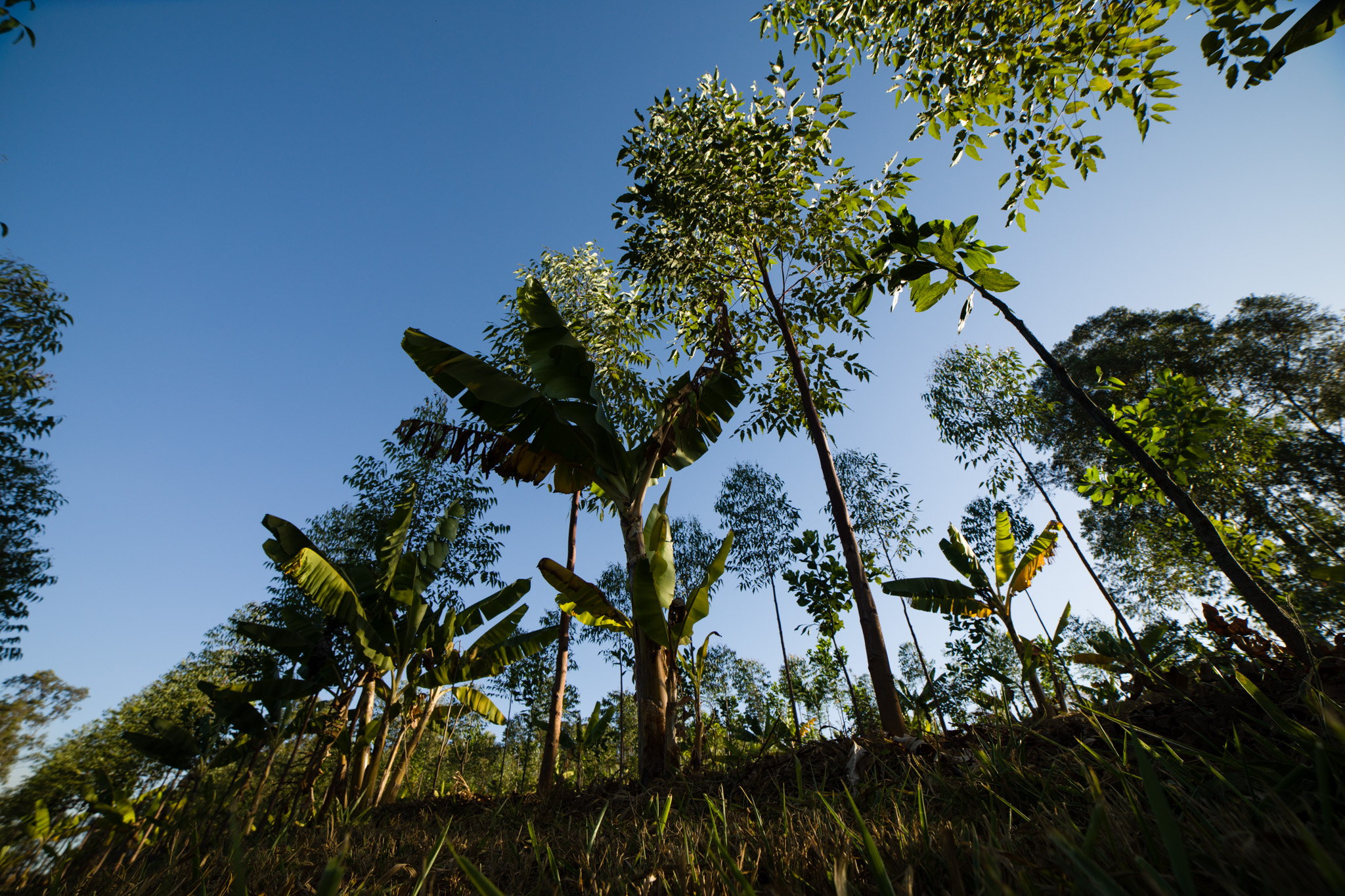 Some private firms have started working to bridge this gap between researchers and practitioners. Rizoma, for example, is a new company focused on large-scale organic and sustainable food production, started by Pedro Paulo Diniz, founder and CEO of Toca Organic Farm. In addition to leasing lands in order to produce organics on a large scale, Rizoma intends to disseminate knowledge of sustainable practices. “We will share information to encourage other producers, both from our experiences and from academic and industry research,” says Marcelo Marzola, one of Rizoma’s partners. “We also plan to have conversations with buyers and machinery companies: We need to change the whole chain.”

Marzola is optimistic about feeding the population without pesticides, and abandoning the industry’s current land degradation practices for sustainable ones. “I see how the forces of nature can help food production,” he says. “And, Brazil has the resources and potential to be the nation to lead this new agricultural revolution.”

There are also success stories found on smaller properties. “We’ve planted tomato without poison in a greenhouse and gotten even more than in the conventional way,” says A Boa Terra’s Joop Stoltenborg.

Rafael Coimbra observes that using knowledge of nature — for example, after pruning the banana plants, turning the spent stalks and dead leaves into mulch — has yielded good results. “I have five productive hectares (12 acres) and every week, I deliver products to 143 people.” 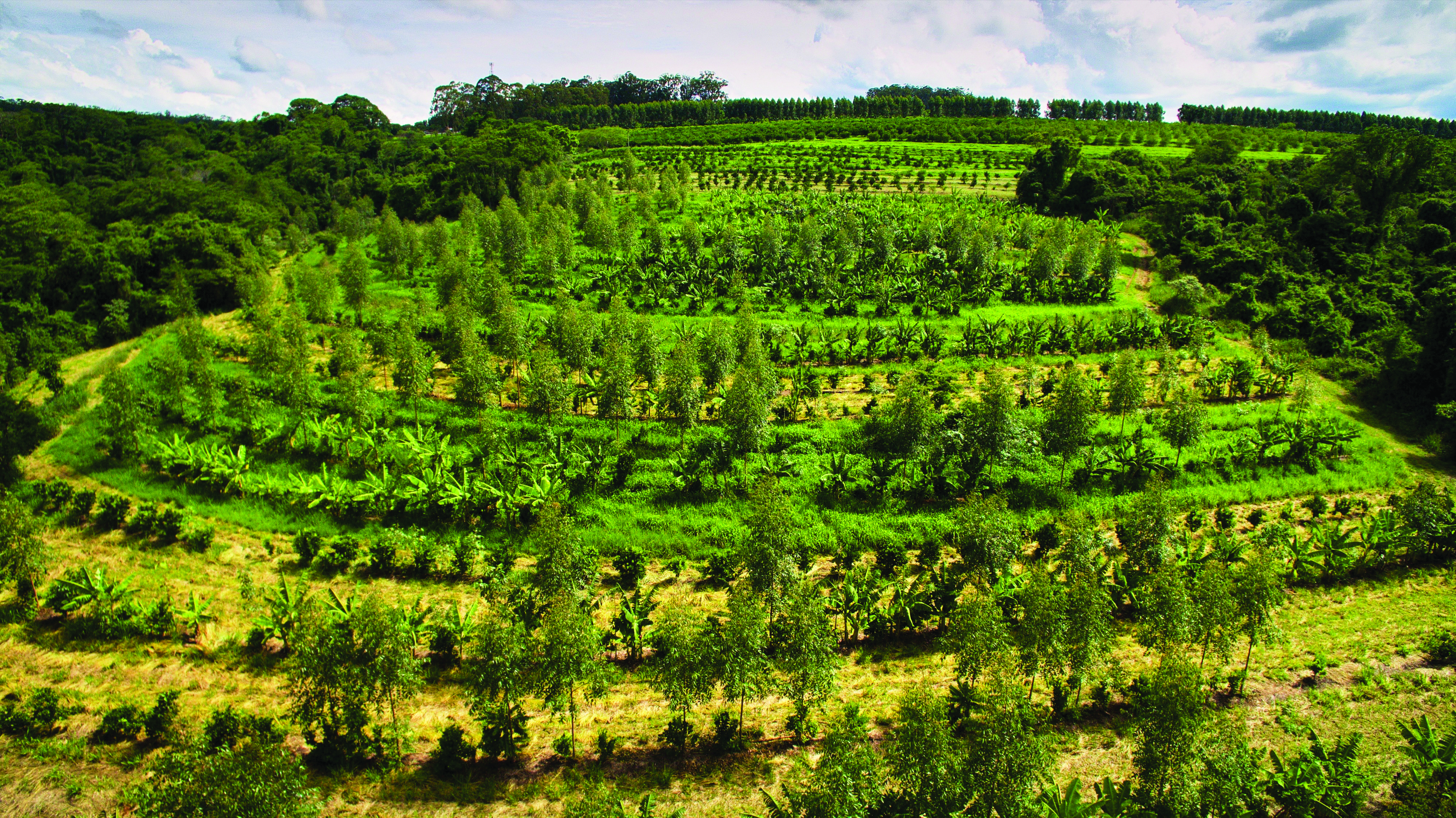 Toca (The Cave) farm, in Itirapina, in the interior of the Brazilian state of São Paulo, already produces organics on a large scale and its founder intends to share this knowledge with other producers (Publication/Fazenda da Toca)

CHANGING CONSUMPTION AND DISTRIBUTION
The agronomist José Otavio Menten, who teaches at the University of São Paulo’s Luiz de Queiroz School of Agriculture (Esalq-USP), is skeptical. He believes that this change, if it happens, will take much more time. “It would take about 100 years as there are still no efficient means of fighting weeds and other pests without chemicals,” he says.

On the other hand, he points out, efforts to decrease the use of poison are on the rise. One example of an organic approach to phytosanitary control is, instead of fungicide, a temporary suspension of soybean planting to reduce the hosts. “In the last five years, we have also seen the market for organic products grow by 15 percent,” Menten acknowledges.

Avoiding waste, whether through overproduction or poor distribution, is also crucial. Coimbra opted for a CSA (Community-Supported Agriculture) model. This means that he decides how much to plant based on the number of people who have ordered his products. His customers pay for a subscription, making it easier for him to calculate accordingly, and reducing waste. “It’s a small production, but enough for me and for those who buy,” he says.

The transition also requires a change in consumer eating habits. Stoltenborg suggests less potato and more yam, which is more adaptive, making it easier to grow without pesticides. Coimbra mentions cambuci, a fruit popular in São Paulo in the past (also the name of a famous district in that city), and rábano roxo.

If you’re wondering what to buy, favor products that are in season. They last longer and, therefore, require fewer chemicals during growth. Going to farmers’ markets is a good way to  find seasonal food that harms neither your health nor the planet.

HOW TO REDUCE YOUR CONSUMPTION OF AGROCHEMICALS
Published on 10/08/2018
Do you want more?