Inna Hudaya: Fighting for women’s autonomy over their bodies 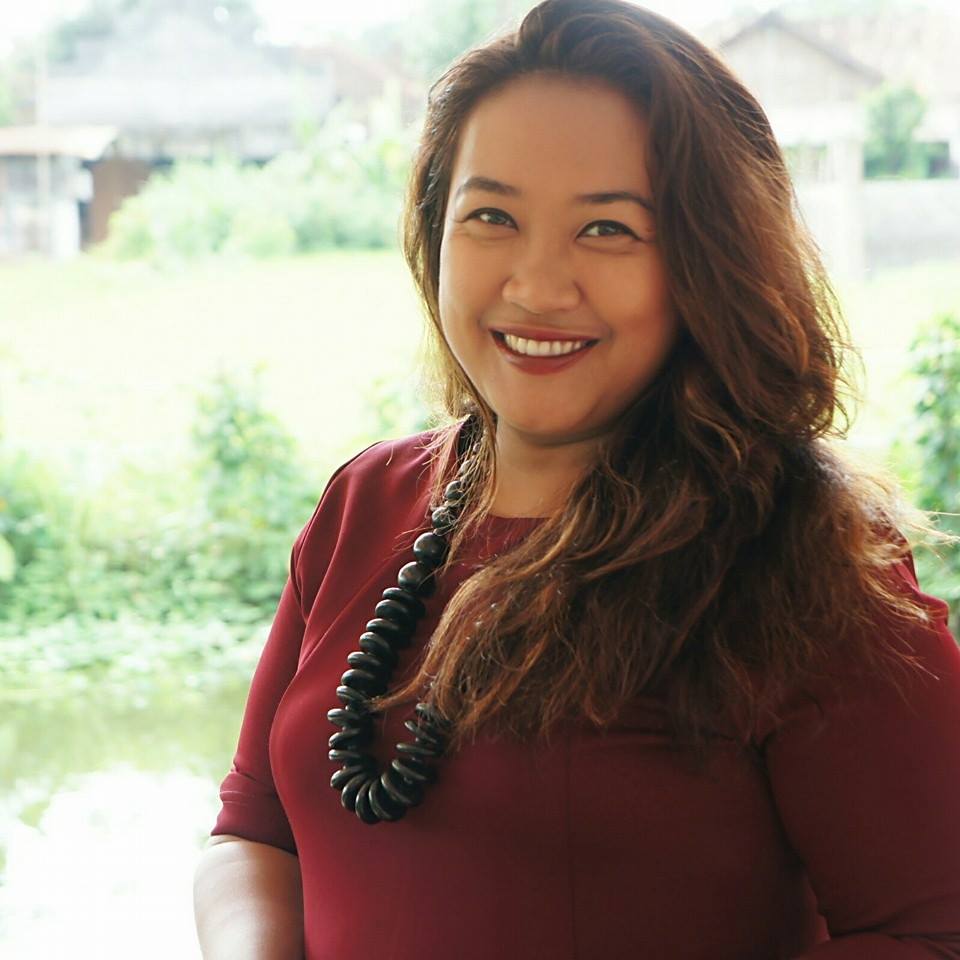 Inna Hudaya: “It doesn’t matter where we are or what time we live in, we women still face the same challenges” (Personal Archive)

Inna Hudaya was a 22-year-old medical student when she had an unplanned pregnancy. According to campus policy, she could have been expelled from her university if she had kept the baby. According to the laws of her country, Indonesia, she did not have the right to have an abortion. To her religious Muslim family, sex outside of wedlock and pregnancy meant shame and humiliation. Hudaya then did what millions of women around the world do in her situation, resorting to a clandestine abortion, without anesthesia or analgesics. She went into debt to pay for it and thought she would die. She entered a serious depression, dropped out of university, was abandoned by her boyfriend, and felt guilty and ashamed for years.

Four years later, in 2007, she created a blog and decided to share her story. Exchanging similar experiences with other women offered comfort and motivated her to start a counseling service for post-abortion syndrome, with a help hotline. After a few years, Samsara became the first organization in Indonesia to offer direct, impartial and complete information on unplanned pregnancies, guiding women through their options: have the child, offer the child for adoption, or have a safe abortion.

In addition to the hotline, Samsara has websites, apps, and an online chat platform in which consultants, trained according to the protocols of the World Health Organization (WHO), answer questions. The hotline receives about 600 calls per month, and the website has over 10,000 monthly visits.

Although it does not directly provide abortions, the organization offers information on secure sources for the morning-after pill, how to use it, and how to deal with the possible side effects. The counselors also refer women to doctors willing to perform surgical abortions.

Hudaya also founded the Sexual and Reproductive Health School (SRHS), where young people receive sexual education and can talk openly about the body, sex, and sexuality. Almost eight thousand people from all over Indonesia have taken part in the classes.

In an interview over email for Believe.Earth, Inna Hudaya, now 36, talked about her work, how she overcame depression, and the importance of the feminist struggle. “There is no equality if women do not have autonomy over their own body. This still is, and always will be, our fight.”

Believe. Earth (BE) – Have you or anyone on your team experienced any problems with the government or the police?
Inna Hudaya (IH) –
We’ve never had a serious situation involving the police or the government. We have been interviewed by many national media, including TV programs, and this has helped publicize our site in a positive way. We use various outreach strategies, according to the public or the political situation (during local or national elections, for example).

We present ourselves to the media as an organization that offers information and counselling for unplanned pregnancies, not necessarily for abortion, in addition to maternal health, maternal death, and early marriage. For faith organizations, we emphasize issues of healthy relationships and violence against women – everyone wants to save women’s lives and help their children avoid unprotected sex. For our target audience, young people, we say openly on social media that we offer information on safe abortions.

BE – How do you guarantee the safety of the women helped by Samsara?
IH – We do not register their names, and each woman receives a unique code, to protect her privacy. From time to time, we delete our database and clear the memory on the cellphones we use for counseling. BE – How do you ensure the anonymity of your counselors and doctors?
IH – All our counselors have pseudonyms and we have a security system: during some types of crises, we work informally and not in the office. Our entire database is in the Cloud and 90 percent of our work is done online. So, we can work from anywhere and no document can be traced to the office. We do not offer the names of the doctors or the addresses of the clinics. We make agreements with them on how to conduct the operation in a secure fashion.

BE – What are the biggest challenges faced by women today? How do you see the progress made by feminist groups?
IH – Although there has been progress overall, women are still fighting against sexual violence, for access to education, for equal pay, for medical assistance. We have learned from feminists that a woman’s body is a battlefield, and it looks like that is the case to this day. I believe there is no equality if women do not have autonomy over their own bodies. This still is, and always will be, our fight.

The feminist movement has been growing, thanks to Trump! His election was like a wake up call. Now, more and more people identify as feminists. Many people in developed countries didn’t realize the privileges they had and took them for granted. Trump has shaken all of this. We realized that it doesn’t matter where we are or the time we live in: we women still face the same challenges. I am optimistic that the future is feminine.

BE – And what is the role of men in this struggle?
IH – I believe that, in feminist causes, the leadership role belongs to women. But feminism is not about women or men, it is about equality – men, women, and trans people are all humans.

“What men can do is educate other men. This is one of our flaws: we focus our education on girls, but not on boys. We tend to educate the woman and lift her voice, but we don’t educate boys to respect and not rape girls.”

Samsara believes that men’s participation is also important, so we ensure there is a male quota within the organization. However, they know that, being men, they will not be able to reach an executive position. This position is only for women.

BE – Did you receive the support of any men during your journey?
IH – Yes, of course. My previous partner and my current one are the biggest supporters of my work. I am very open about the fact that my work is my priority and my relationship will always come second – that is non-negotiable. I understand that it can be difficult to deal with this, especially because most of the time I am far away. But I know that, if they accept it, it’s because they also believe in what I do and know that is the only way to love me.

BE – What role does religion play in your life? Do you have any kind of dialogue with religious sectors?
IH – At the moment, I do not practice any religion. Although I still pray and meditate, I prefer to identify as a spiritual person, rather than a religious one. We dialogue with these sectors through workshops and networks of contacts. Even if they do not practice any religion, many women who come to Samsara have questions related to their faith. In these cases, we can answer their questions without neglecting their beliefs.

BE – How are the plans to create a shelter for girls who choose to give birth instead of aborting?
IH – We are still evaluating a location, a support system and how to raise funds. Most of our supporters only allow their funds to be used for the programs, not for building a shelter. Therefore, we have to establish a strategy to raise these funds separately.

BE – Like Indonesia, abortion is illegal in many countries. However, not all women in such countries can count on an organization like Samsara. What advice would you give to those who wish to build a project like yours?

IH – Anyone who is interested in doing this kind of work can get in touch with me, and I will put them in touch with other feminist groups. We can help with training and with creating the hotline. Next year we will hold the Second Global Meeting of Hotlines, in Indonesia, with 20 organizations from Asia, Africa, Europe and Latin America gathering to exchange experiences.

BE – Why did you choose the image of a cat to illustrate your website, innahudaya.com?
IH – First, I must tell the story of Jenina Lontoh, a cat that saved my life during my depression in 2006. She adopted me and took care of me through the hard times. Whenever I get sick, she will be by my side; and if I cry, she will lick my tears. Depression made my world dark, it sucked away my capacity to receive love and to trust people. The worst thing about depression is that you don’t feel anything beyond a void. Your body moves, but you are dead inside. Jenina ignored all of my rejection. It didn’t matter how often I kicked her out, she would keep trying to come in. I remember when I learned to pet her. It was so scary. She was patient with me, she gave me time to feel her presence. She taught me about unconditional love and compassion, and helped me recover from my depression and be myself again. She died soon after I decided to take control of my life and live it to its fullest. Jenina will always be in my heart, and I carry her spirit with me in every step of my life.

“Today, my work involves mainly people suffering from stress and depression. I learned with Jenina that, to offer the best care for others, you must allow them to feel your honest intention and unconditional love. She is my guru.”

Inna Hudaya is an Ashoka fellow. Ashoka is a worldwide organization present in 84 countries and leads a movement in which any individual can be responsible for positive social transformation.