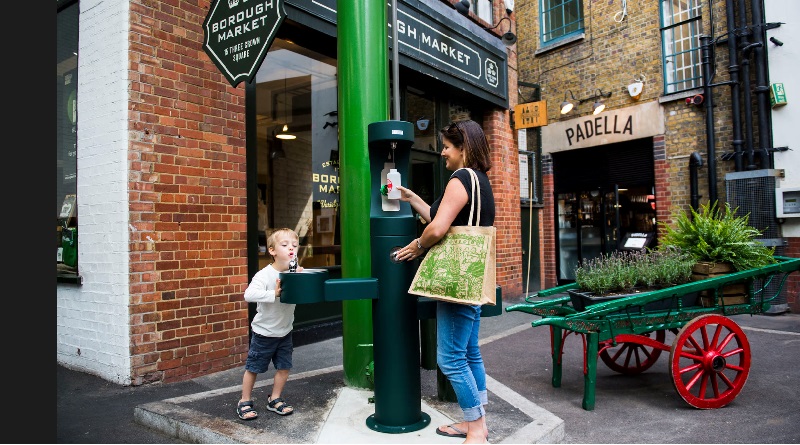 It is no longer a question that a war on plastic has been declared. After a series of international initiatives, the European Union revealed a plan to “clean” the continent of single-use plastic – like PET bottles, straws, coffee stirrers, utensils and packaging – by 2030. Belgium is set to become the first country to tax the use of this type of product.

Then this week came an announcement by the mayor of London, Sadiq Khan, that the city will install drinking fountains to combat single-use plastic bottles and encourage locals and tourists to carry their own reusable bottles.

According to the Global Packaging Trends Report published by Euromonitor International, an estimated 1 million plastic bottles are sold each minute around the world, meaning 20 thousand are bought every second.

In 2016 alone, 480 billion plastic bottles were sold. And if this level of consumption isn’t alarming enough, this figure is set to increase by more than 20% by 2021, reaching 583 billion bottles sold per year.

London’s pilot project will initially install 20 new drinking fountains this upcoming summer. Before this, a different component of the initiative will be implemented in five neighborhoods, with bars, restaurants and shops making drinking fountains available for people to fill their water bottles for free.

If the initiative is successful, it will be expanded to more locations. The city of London has a partnership with the Zoological Society of London (ZSL), which will supply the drinking fountains and monitor plastic bottle disposal to see if there is a reduction in waste.

The ZSL held a previous campaign against the use of plastic bottles entitled #OneLess. According to the organization, Londoners are the United Kingdom’s biggest consumers of plastic bottles, purchasing an average of 3.37 bottles per week, or 175 per year. This is a shocking statistic, especially for a country where tap water is potable. Without recycling, many of them end up in the city’s iconic river, the Thames.

Last year Borough Market, London’s most famous public market, also announced that they were installing drinking fountains to prevent the sales of water bottles. The market’s goal is to become a “plastic free zone.”

The initiative launched by Sadiq Kahn is part of a broader plan to reduce garbage. The mayor’s plan is that no biodegradable or recyclable waste will be deposited in landfills by 2026. Inside the mayor’s office, the use of plastic cups, utensils and bottles is no longer allowed.