Out of the darkness and into light 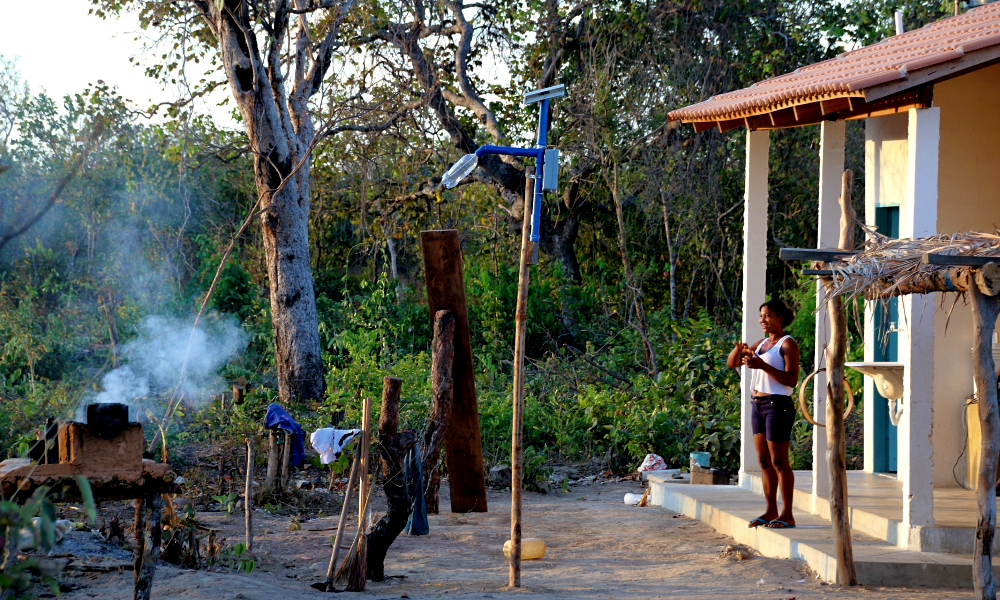 The quilombola community of Prata got access to solar-powered lights, thanks to Litro de Luz (Alan Azevedo/Believe.Earth)

The dirt road seemed endless. After hours of driving, all in darkness, we glimpsed a point of light far off in the distance. As we got closer, we saw it was a glowing plastic bottle set at the top of a plastic pipe, a clear marker that we’d reached our destination. Finally, we were leaving the darkness behind us.

Kalunga, in the state of Goiás, Brazil, was settled 250 years ago by escaped Afro-Brazilian slaves. Today, the area is home to the largest community of their descendants, called quilombolas, in the country, about 7,000 people strong.

Life in the quilombola village we were visiting, Prata, home to about 70 families, had recently gotten a lot brighter. That was thanks to a project organized by Litro de Luz, Liter of Light, an international nonprofit focused on bringing cheap illumination to impoverished communities. In early September, the group installed 90 new camping lights and 55 street lights in Prata, all solar powered and highly efficient.

Many of Prata’s houses were destroyed last year when the area flooded. They were rebuilt, using stronger materials, with the help of the Agência Goiânia de Habitação (AGEHAB), the Goianian Housing Agency. But, the new houses weren’t wired for electricity. To install lights, the agency brought in Litro de Luz.

The illumination nonprofit operates in more than 20 countries, working with a network of local partners. The group has overseen the installation of over 350,000 lamps of one kind or another, in 15 countries, affecting the daily lives of over 2 million people.

Litro de Luz’s technology is open source, free for anyone to copy. It’s been adopted by the United Nations for use in refugee camps, among other organizations.

More than forty volunteers from all over Brazil helped Prata’s residents assemble Litro de Luz’s devices, which are based on a design pioneered by Alfredo Moser, a Brazilian inventor and mechanic. The version used in Prata employed a solar battery that would charge throughout the day. Then, at night, the battery would power an efficient, light-emitting diode (LED) lamp, contained inside a plastic bottle, with the bottle mounted onto a plastic pipe.

“I will be able to go out at night!” Prata resident Claudete Carvalho told Believe.Earth. “Oh my!”

“My mother and I were born here,” she said. “My grandmother too. We’ve never had light.”

A few of the town’s residents do own petrol or diesel-powered generators, she said. But, fuel is expensive, so those lights were rarely used.

Many residents I spoke to were making plans, talking about what they’d do after the sun went down. Aldezi da Cruz said she wanted to dedicate herself to entertainment.

Carla Socorro da Silva, a teacher at the community’s school, said she’d be able to do more preparation for her classes.

“I only have the nighttime to read and plan the work for the next day,” she said. “My students will be able to do homework in electric light and no longer with a camp light.” Carla da Silva, a teacher, said the lights were help her better prepare for her classes, and would make it easier for students to do their homework (Alan Azevedo/Believe.Earth)

The project is Litro de Luz’s second in Brazil. Earlier this year, the group installed 200 lamps serving about 800 residents of Caapiranga, a riverside town in the Amazon region.

Litro de Luz frequently chooses specific members of the communities in which it plans to undertake projects, recruiting them as unofficial project managers. Cruz and de Silva were thus drafted in Prata. The group trained the pair in the installation process, so they could help others learn. Once all the lights were installed, Cruz and de Silva became responsible for their maintenance.

“We like the idea of arriving with unassembled lights, rather than finished ones,” said Uemura, the group’s vice president, “so residents can see the lights built and understand how they work.”

“It’s not easy to get to physically get to some of these places. So, after we leave, it’s the population who must deal with whatever comes up. All they have is their knowledge and our handbook.”

“The solar panels we used in Kalunga can only absorb 25 percent of the radiant energy,” he said, “but already there are panels on the market that absorb almost 50 percent. 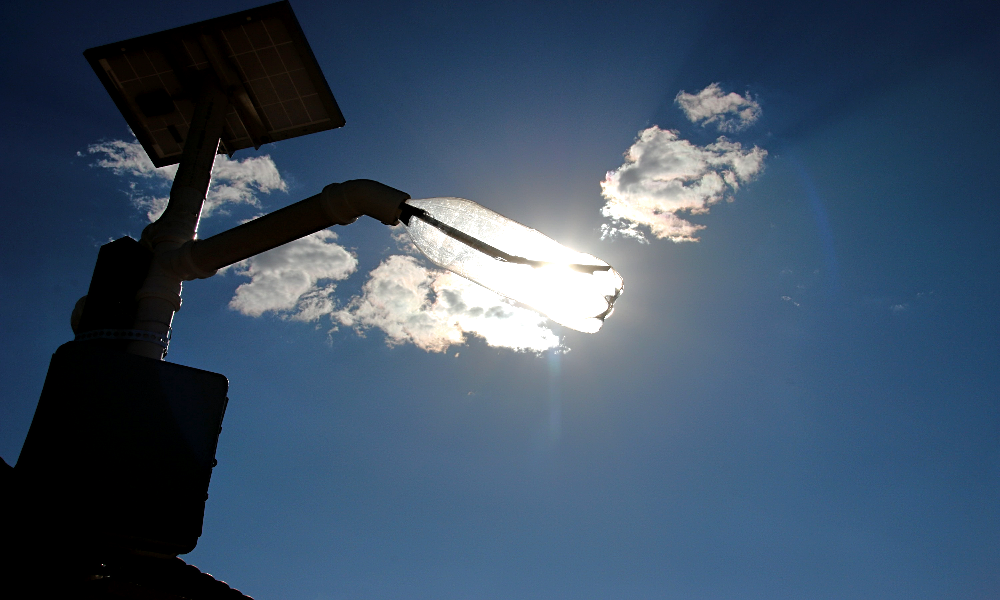 Plastic bottles take the place of glass in protecting the bulb. Besides providing good protection, the bottles are also easily replaceable (Alan Azevedo/Believe.Earth)

The whole community takes part in the assembly so that everyone becomes learns all they can about the lamps and how to maintain them (Alan Azevedo/Believe.Earth) 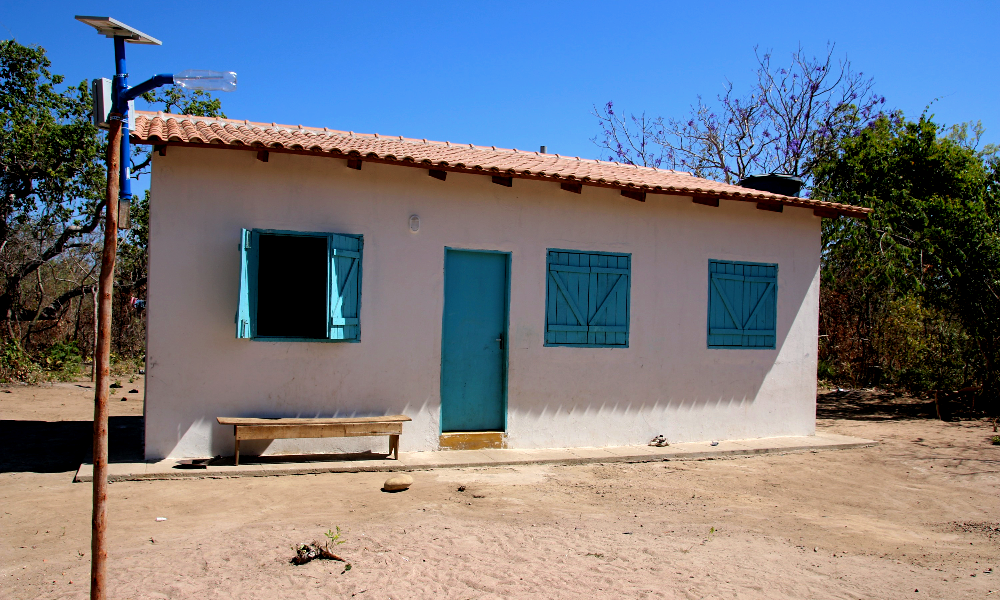 A photovoltaic panel captures solar energy which is then stored in the battery. The lamp is affixed to a plastic pipe (Alan Azevedo/Believe.Earth)