Patrick Holden: Towards the production of sustainable food

With an inclusive and conciliatory approach, the founder of the Sustainable Food Trust is changing the culture of farming and the food industry 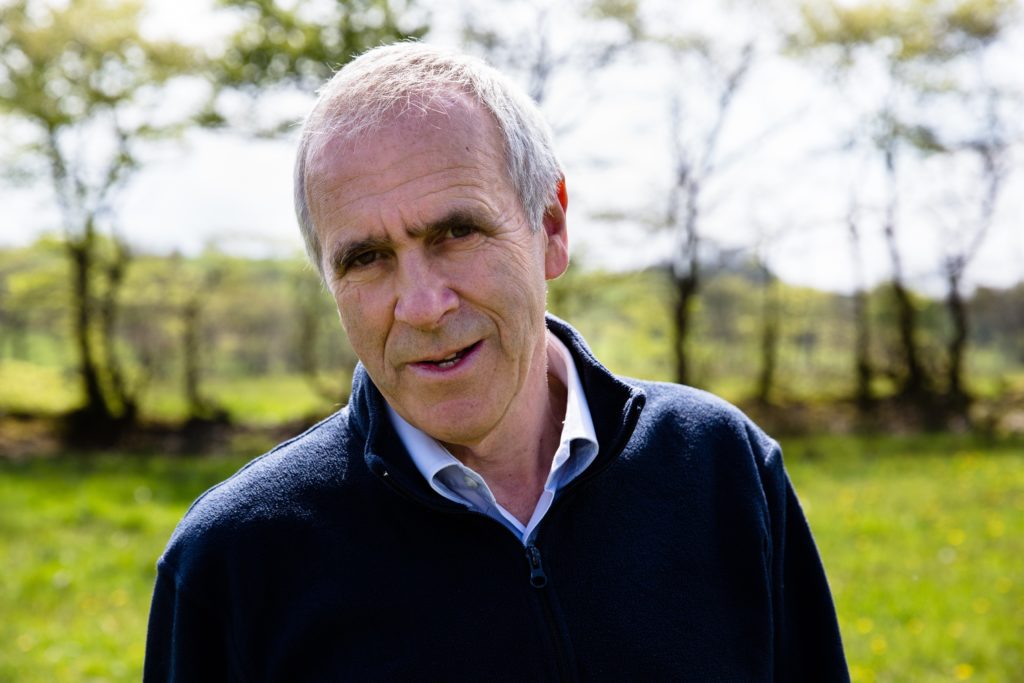 Patrick Holden, in his farm in Wales. For over 40 years he has farmed the same land in a sustainable fashion (Patrick Holden/Personal Archive)

There is no point in being combative if you want to help people change. This what Patrick Holden, founder of the Sustainable Food Trust, farmer, and activist trying to change the way food is produced in the United Kingdom, says. Once a radical, Holden has learned over the past 40 years that opposing traditional farmers took him away from his objectives. “Demonizing does not help, because the cattle, pesticide, and food industries are led by human beings, who probably have families to feed. They are doing their jobs,” he says. “The most lucrative way of producing food is on a large scale, and the most lucrative way of selling food is buying cheap agricultural commodities, turning them into brand products and hiding the story behind its production. Why would you blame someone for doing this if that’s how you make more money?”

Holden realized it was time to find a conciliatory and inclusive approach. That is how he won the trust of those who, in theory, would have been the enemies of his cause, and gained access to some of the leaders of the movements and companies in the food sector he once criticized. More than this, he managed to establish a dialogue among the industry’s big players, who didn’t speak to each other before, like Whole Foods, Mars, YUM! Brands and Kaiser Permanente, Sainsbury’s, Nestlé and Unilever.

“Many food companies want to take action, but they don’t know how. And I believe our job is to help them with that. These giants may seem indestructible, but they are vulnerable, because the market has changed. If they don’t change the way they work, they will be left out.” The maturity to unite, rather than segregate, forces is the result of a life dedicated to the production of sustainable food, which started in 1973, when Holden and five friends moved to a remote farm in Western Wales, where they established a self-sustaining community. From there his friends took different paths, but Holden remained. He led the creation of British Organic Producers, which later came to be a part of the Soil Association, the largest organic food organization in the UK. As the association’s CEO, Holden played a crucial role in establishing the organic market in the United Kingdom, promoting a variety of reforms and regulations, as well as introducing standards that were implemented throughout the European Union.

But he wanted to go further, supporting and catalyzing a new way of thinking among the food sector’s leaders. So the Sustainable Food Trust (SFT) was established. “Our mission is to unblock the barriers that prevent change, identify them, and offer inspiration to the sector’s leaders, both individuals and those who lead the big organizations,” Holden says. “This way, we can achieve a global transition towards systems that operate in a truly sustainable manner, that don’t degrade our social and environmental capital, and that produce food for everyone.”

The organization was the main inspiration for the creation of the Global Alliance for the Future of Food, which large and small organizations around the world joined in order to act in a collaborative fashion. Another good outcome of SST’s work has been the development of the concept of True Cost Accounting, which seeks to show the true cost behind non-sustainable production, such as the harm caused to public health by the use of pesticides. “Change will happen when we manage to quantify the nature of these costs and find ways for governments to charge those who caused them,” Holden predicts. He also bets on the development of policies to encourage good agricultural practices. “One of my current goals,” he explains, “is to implement the idea of financially rewarding farmers for sustainable farming.” The internationally recognized achievements, and his influence over great leaders, have not taken away Holden’s identity as a farmer. He continues to work the land where everything began. Seeing himself as a regular citizen, he offers a thought to those who think their own thoughts do not have a global influence.

“We are the change. We can decide to consume food with a better story, produced in a sustainable manner.”

Patrick Holden is an Ashoka fellow. Ashoka is a worldwide organization present in 84 countries and leads a movement in which any individual can be responsible for positive social transformation.