A member of Plant for the Planet's Global Board, Paulina contributes to the education of a generation that will lead change around the world 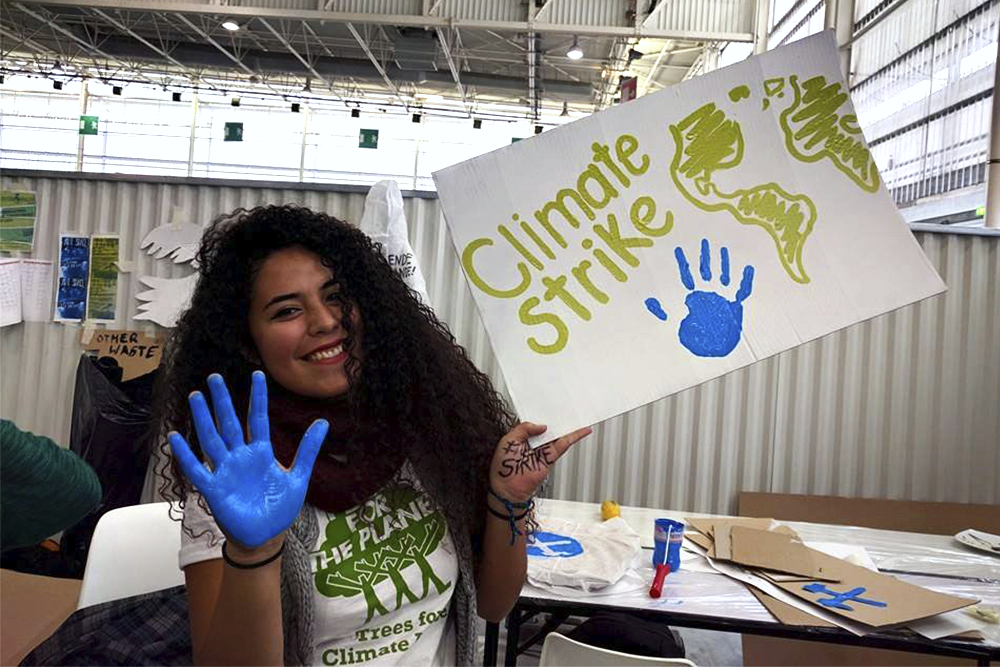 In addition to being a member of Plant for the Planet's Global Board, Paulina, 22, is also one of the creators of the Climate Strike initiative (Personal Archive)

Paris, December 2015. A group of young Latin Americans chat in an empty subway car. Among them is Paulina Sanchez Espinoza, who mentions that she knows a Brazilian song. The others ask her to sing it. The 21-years-old mexican woman then belts out the song Oração by the band A Banda Mais Bonita da Cidade and gets everyone’s attention in the car. Her sweet, clean, charming voice would make anyone think she is a professional singer, to the point that a French passenger comes up to give her a coin, thinking that she was busking for change.

However, Paulina is not a singer and she wasn’t in Paris to earn small change on the subway. She is a young activist who was in Paris to attend the United Nations Climate Change Conference (COP21) and draw the world governments’ attention to the role of children and young people in these areas.

Her story begins five years earlier, in 2010, when her hometown of Cancun hosted one of the COP meetings. It was there, at age 14, that Paulina attended a lecture by the teenager Felix Finkbeiner, a young German boy that founded the Plant For The Planet NGO while he was still a child, in order to get children to plant trees to compensate CO2 emissions. “I was totally enthralled by Plant For The Planet’s initiative, totally inspired by that project, and at that moment I got up and said I would be a part of it,” she recalls.

Since then, Paulina has gone around schools in her city giving lectures, workshops, and planting trees with children, some of whom became ambassadors of climate justice and made the same commitment Paulina did when she was 14. This young activist’s passion was recognized in 2015, when she was elected president of Plant For The Planet’s Global Board – a body composed of 14 children and 14 teenagers from around the world who participate in the NGO’s decision-making.

“What motivates me the most is to help people be more active and aware,” explains Paulina. As if all the work she did in Cancun and being chair of Plant For The Planet’s Global Board wasn’t enough, she also found time to help create the Climate Strike initiative, in which children and young people put pressure on local and global leaders and governments to take real action against climate change.

Paulina believes that working with children and young people offers a way to guide a generation that will promote the changes the world needs. So she goes from school to school, planting one tree after another, inspiring and educating the world’s future decision-makers.

Evelyn Araripe Alasca, Estados Unidos
Keep up with us!