The city that respects nature 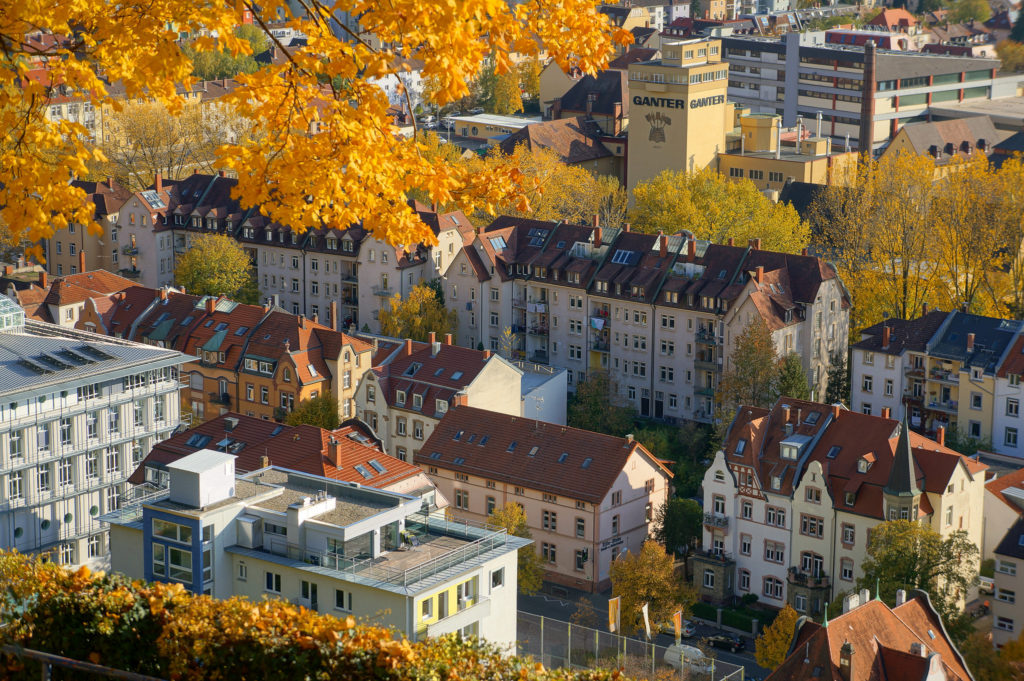 An aerial view of the German city of Freiburg: a model of an urban environment integrated with nature (Oleksii Rodionov/Flickr)

With the United Nations predicting that 60% of the world’s population will be living in cities by 2030, it makes sense that more people are paying attention to the integration of nature into cities. Both for ecological reasons, and to improve the quality of urban lives, it’s time to strengthen a relationship once seen as incompatible.

The city of Freiburg, in the German state of Baden Baden-Württemberg, has successfully done this. With a population of about 200,000 and a history marked by a continuous effort to respect nature and integrate it into the urban landscape, Freiburg is now seen worldwide as a model for sustainable development. The city relies on the environmental commitment of its public officials and residents, but that commitment didn’t come about all at once: the region has a long history of activism.

In the 1970s, the state government planned on building a nuclear plant in the region as part of a plan to industrialize the Rhine Valley. In various cities bordering Germany and France, opposition to the plant was intense, organized mainly by winegrowers who lived and worked in the area that would have been affected.

Despite public statements of opposition, including a petition with over 150,000 signatures, construction of the plant began on February 17, 1975. The following day, locals occupied the construction site. Televised scenes of the police violently removing the winegrowers and their families brought national attention to the issue. After this episode, the movement against the plant gained support from other groups in the region, including teachers, students and religious authorities. Another occupation began, this one in Wyhl, a small town near Freiburg with a population of about 30,000. In March of the same year, the license for the construction of the nuclear plant was revoked by an administrative court. 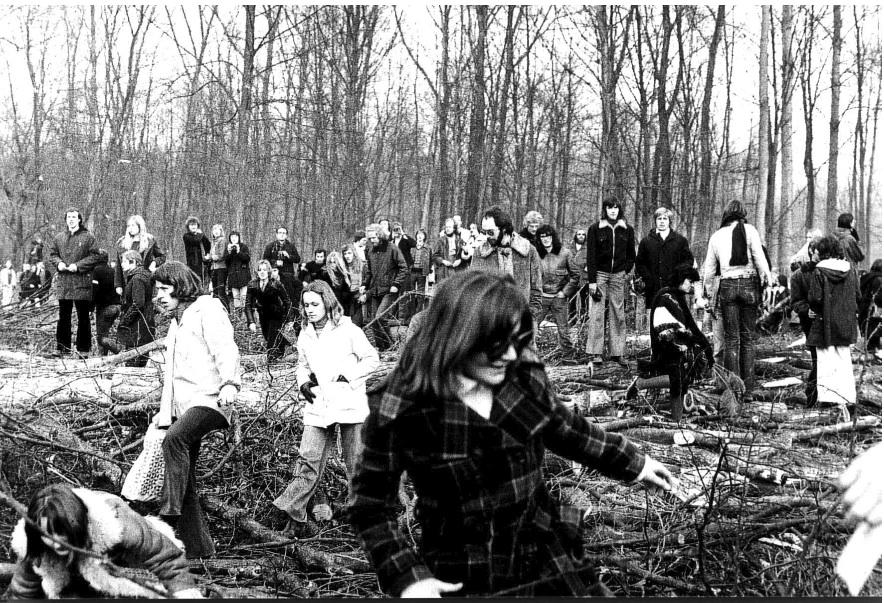 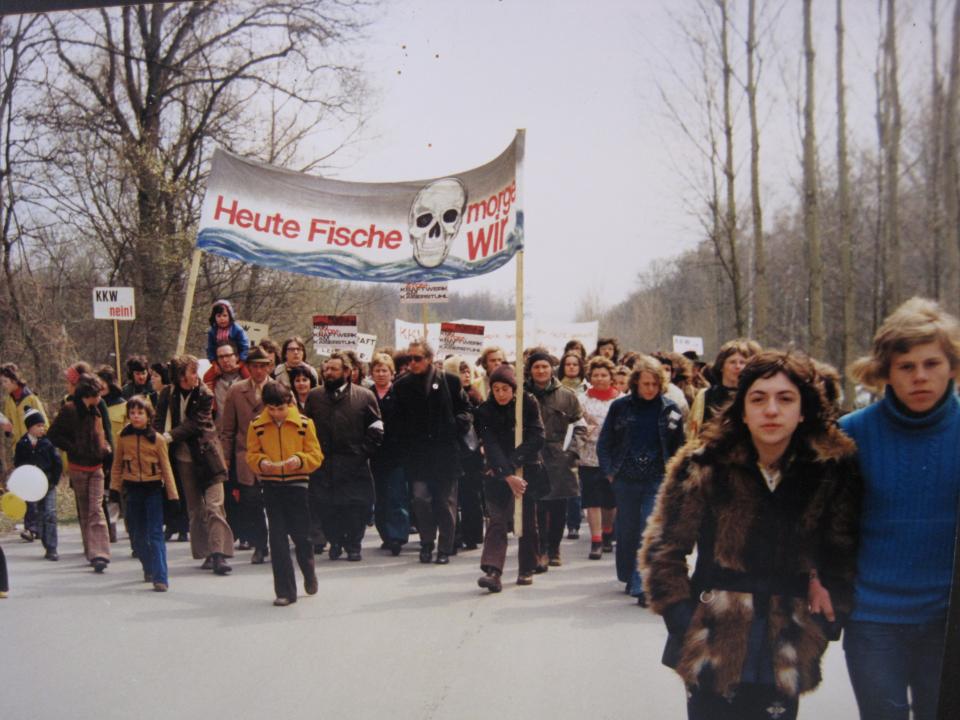 A march in Wyhl against the nuclear plant in August 1974 (Photo: Archiv Soziale Bewegungen Freiburg) 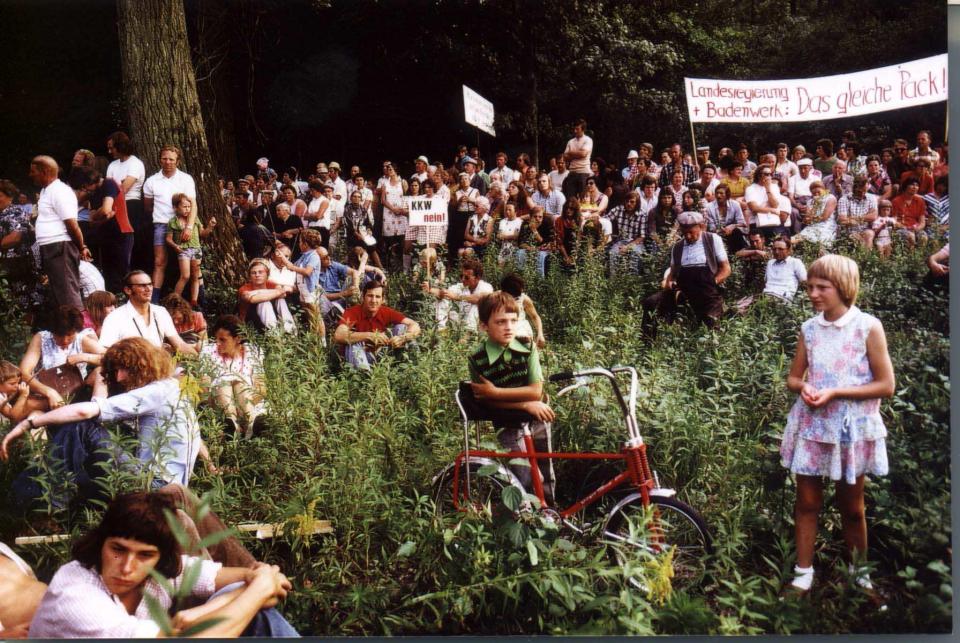 THE CITY OF FREIBURG TODAY
In September 2017, the Alana Institute’s Criança e Natureza (Children and Nature) program organized a visit to Freiburg to see what makes it a model for those seeking to create green and kid-friendly cities. Rather than trying to copy Freiburg, the goal of the trip was to use its example to find solutions to local problems elsewhere, and create the cities for the future we all want.

Freiburg’s experience shows that in order for a city to be sustainable, it must look beyond the issue of energy production, to a broader transformation of social and civic life. The transit system in the city favors pedestrians and bicycles, its residents participate in public management, and its urban planning takes children into account.

A building at one of the entrances to Vauban, a neighborhood in Freiburg (Laura Leal/ Alana)

A play area in a green space in Freiburg’s Vauban neighborhood. These areas, called grünspange, are present on every block (Laura Leal/ Alana)

A slide in a green space in the Vauban neighborhood, in Freiburg. These areas, called grünspange, are present on every block (Laura Leal/ Alana)

A short distance from Freiburg’s city center, the Vauban neighborhood is seen as one of the region’s success stories. After the mobilization against the nuclear plant, the urban environment slowly began to change. During the 1990s, residents, working with public authorities, held an architectural competition seeking projects for a neighborhood aspiring to sustainability, by which they meant low energy consumption, low car traffic, and streets that could be shared by children, cyclists and pedestrians.

Today, Vauban is a model sustainable residential district. Throughout its blocks is grünspange (green space), public parks with natural resources and playgrounds where children can play in close contact with nature. The neighborhood also has public squares and restricts car traffic on its streets. The neighborhood’s street life makes residents feel safe: the more people walking around, the less need for surveillance and policing.

In Freiburg’s city center, channels that were used for sewage in medieval times have been turned into little canals, using water from the river. These have inspired a new tradition: children playing with toy boats. As the river winds through the city, it is flanked by a bike path, crossed by pedestrian bridges, and features attractions for children. You can descend a nearby hill using a trail — or a giant slide.

Freiburg’s low-cost initiatives and simple planning, with the active participation of local residents and public authorities, show that the city of the future is one that respects its citizens through social engagement, intersectoral management, and the presence of green spaces.

* This article was written in collaboration with Paula Mendonça and Tatiana Costa, members of the Criança e Natureza program, an initiative of the Alana Institute focused on creating the conditions that will allow children to grow up and develop in contact with nature.