When we educate girls and empower women, they lead the way to reversing the climate crisis 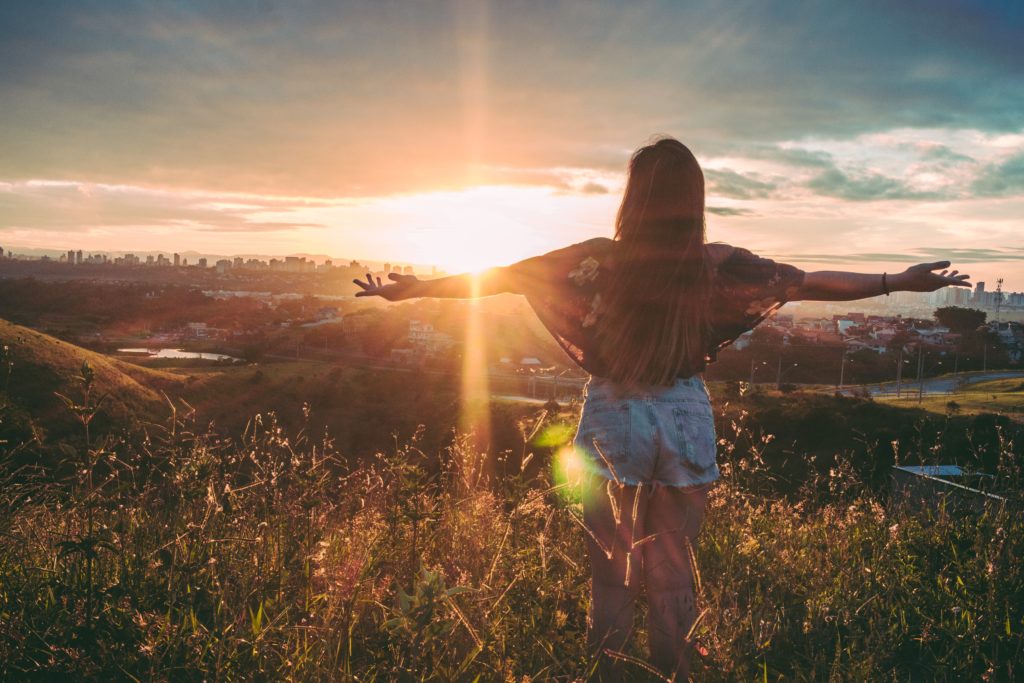 When women have a voice, they build a better future for everybody (Publication/Pexels)

In 2016, the United Nations published a study on the impacts of climate change on the world. According to the report, natural disasters related to climate change disproportionately harm the poor and vulnerable, especially those from less-developed countries. This is because the fewer resources people have, the more difficult it is for them to protect themselves in a natural disaster.

In most of the world, women and girls are specially vulnerable to climate change. In many countries, they have less access to financial resources and high-quality education. As a result, they are more exposed to storms, droughts and other effects of climate change. But according to recent research, women and girls are more than victims: they are also key to solving the problem. The book Drawdown: The Most Comprehensive Plan Ever Proposed to Reverse Global Warming, by the environmentalist Paul Hawken, for example, argues that guaranteeing basic human rights to half the world’s population would not only promote greater resilience to climate change, but reduce pollution in the atmosphere.

“We know that to reverse the effects of climate change, the number one thing we need to do is to reduce the amount of greenhouse gases in the Earth’s atmosphere,” explains Christina Kwauk, researcher at the Brookings Institution’s Center for Universal Education, in the USA. “But we aren’t paying attention to the fact that where population growth is highest is also where girls aren’t attending or completing school, and where girls and women are not in control of their reproductive lives.”

Kwauk is one of the authors of a study published in September 2017, which found a strong association between the average length of girls’ education in a country, and that country’s score on indexes measuring resilience to environmental disasters. That’s because, the more educated a girl or woman is, the more income and opportunities she has. Poverty increases vulnerability to environmental disasters, and social mobility can help. “Investing in gender equality—the sociological solution—is one of the cheaper options when it comes to climate mitigation and would also help improve the quality of life, and life outcomes, of half the world’s population,” says the researcher.

According to Hawken’s book, the planet will have 9.7 billion people by 2050 if access to family planning does not improve. This would impact civil construction, production of food and waste and transportation, adding 119.2 gigatons of carbon dioxide (1 gigaton equals 1 million tons) to the atmosphere.

However, there are some problems with this emphasis on women’s choices. After all, countries with the highest population growth are not the ones that pollute the most. Take South Sudan as an example: this country is among the leaders in population growth, but only the 157th most polluting nation. On the other hand, the United States, whose population growth is almost four times less, is the world’s second largest polluter.

Some specialists have other reservations about population as an environmental issue. We must be careful not to “blame women for overpopulation and climate damage even if inadvertently,” explains Amber Fletcher, a sociology professor at the University of Regina in Canada. “Women’s bodies have often been the target of population/overpopulation type of discourses…I just think that we have to be really careful. If we go too far like that we can run the risk of policies and legislative measures that could actually hurt women’s reproductive freedom.”

In any case, improving access to education and reproductive rights are not the only gender-related reforms that benefit the environment. According to Drawdown’s website, women farmers’ empowerment would reduce the amount of pollutants released into the atmosphere. Women make up 43 percent of the labor force in the field. In the poorest parts of the world, they’re responsible for producing 60-80 percent of the food. Many are low-income smallholder farmers, with lower chances of getting loans and less contact with new technologies than male producers.

If these women had the same access to resources as men, production would increase between 20-30 percent, according to data from the United Nations Food and Agriculture Organization (FAO). This gain would reduce deforestation in some areas, avoiding the release of 2 gigatons of carbon dioxide into the atmosphere by 2050, according to Drawdown experts’ estimates. 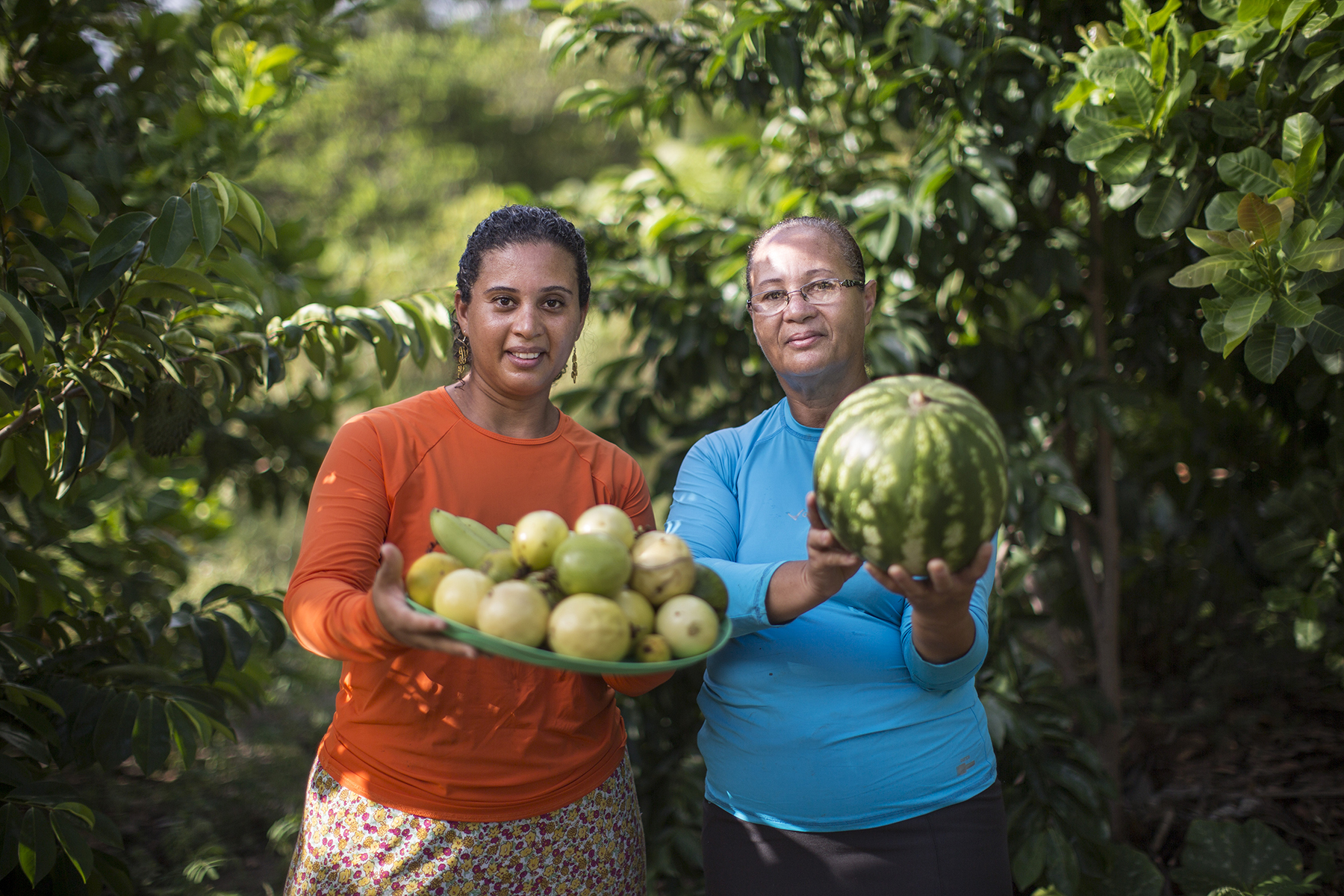 Ilaete and Sandra dos Reis, mother and daughter, work together in their vegetable garden in Zona da Mata, Pernambuco: “Our production feeds our family and, the surplus generates income for us” (Fabio Erdos/Actionaid)

If climate measures are to be informed by the vision, needs and rights of women, especially those of black and indigenous women, all of those groups must be brought into the halls of decision-making. Delegations of the last UN Conference on Climate Change (COP23) in 2017 were, on average, only 38 percent female. In 2014, at the time of its first meeting, the Anthropocene Working Group, a community of scientists studying the geological changes caused by human action in nature, listed only one woman among its 29 members (though that number has since increased to six women out of 35 members).

Women who come to power in politics place the environment and the protection of natural resources among their priority guidelines, according to the 2016 study carried out by Pew Research Center in the United States. The report also indicated that Hispanics were more likely than the population as a whole to be concerned about the issue. The LGBTQI community also tends to be pro-environment and makes consumption and voting decisions based on the topic, according to a poll performed by The Harris Poll. These data help to understand why so many environmental organizations and movements are led by women and by racial and sexual minorities.

The climate policy community is beginning to recognize the importance of gender. In June, the UN Commission on Human Rights approved a roundtable on gender and a study evaluating the integration of gender analysis into global climate action. In addition, COP23 began the implementation of the first Gender Action Plan, which lays out five ways to ensure that the gender issue influences all discussions.

Yet experts caution that race, economic vulnerability and geography are just as important as gender. “Diversity is key but that does not equate to a simple argument for ‘more women’. The improvements that could be made by including more white privileged women from rich countries are extremely limited,” says Sherilyn MacGregor, professor of environmental politics at the University of Manchester. “What matters more is including the voices of people with different worldviews and experiences – including, urgently, those whose lives have been most severely affected by a changing climate.”

We live in an unequal world, after all. “Any policies that attempt to respond to climate change, either by trying to reduce emissions or making societies and communities more resilient to a changing climate, will have different implications and impacts on gendered and raced, classed, etc. people,” MacGregor adds.

Heeding such insights, observers emphasize, it’s critical that the funds distributed by the United Nations to support work on the effects of the climate crisis should be directed primarily to groups of women in the most affected areas. “We need to ensure that those funds [distributed by the United Nations for programs assisting adaptation to the effects of the climate crisis] are reaching women on the ground, whether they are women farmers or women businesspeople,” says Patricia Glazebrook, a philosophy professor at Washington State University and member of Gender CC: Women for Climate Justice. After all, saving the planet is part of the process of helping to create a fairer and egalitarian society.