Help the forest, and get closer to your idols

At the Rock in Rio Auction, items such as drumsticks and guitar picks used by the artists during the concerts will be available for fans interested in bidding 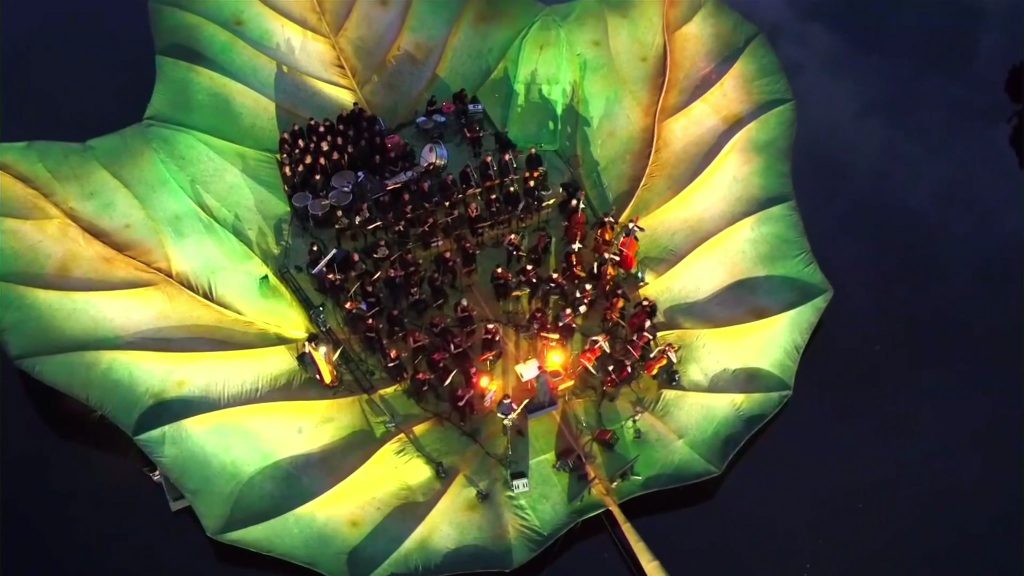 Big festivals also bear great responsibilities, as they mobilize an enormous amount of people. So, why not bring together all the energy that comes from audience and artists, eager for memorable performances, and projects on behalf of our planet? Rock in Rio is committed to transforming fans’ passion and artists’ involvement into actions that can make a difference.

Since 2001, Rock in Rio has been involved in social projects. You can learn more about the story of the project Por Um Mundo Melhor [For A Better World]. The most recent project that has been receiving attention from the biggest music festival in the world is called Amazonia Live, which helps with restoration efforts in the world’s largest tropical rainforest.

Funbio has been dealing with the project’s financial resources and the ISA – Social and Environmental Institute implements, in loco, efforts to recover the Xingu area. Alongside with partners and public donations, we have planted over 3 million trees.

The project Paisagens Sustentáveis da Amazônia [Amazon Sustainable Landscapes] is Amazonia Live most recent partner, promoting a broader commitment to reforestation — from 1 million to 70 million trees. With this project, it will be possible to reach the amazing mark of nearly 74 million trees in the Amazon rainforest in the coming years! It is the greatest forest restoration project in the region. However, this is only the beginning and the challenge remains: we will need to double this number in order for Brazil to meet its goals in the fight against climate change.

FROM STAGES TO YOUR HOME

To further increase the donation of trees among festival fans, Rock in Rio has launched a charity auction that not only contributes to the project but also makes many fans’ dreams come true, offering them the chance to meet artists backstage or to bid on some signed items used during the performances.

Maroon 5 fans, for example, will have the opportunity to meet the band members and win an autographed electric guitar. Can you imagine taking home the signed calfskin of the bass drum Chad Smith, Red Hot Chili Peppers drummer, played in the concert? Emicida will offer his signed cap and Dinho Ouro Preto has promised to offer his guitar picks and wristbands.

The Harley Davidson Iron 883 modern and aggressive lines were highlighted by Chrys Miranda, a master of motorcycle customizations in Brazil. The motorcycle, a gift from SKY to Amazonia Live, is available for auction and will be displayed in the Rock in Rio VIP area during the festival.

The exhibit Arte Por Um Mundo Melhor [Art For a Better World] presents sculptural 8 feet electric guitars altered by well-known street artists, such as the graffiti artists Toz and Br, under the curatorship of the Movimento Gallery, and these will also be available for bidding. During festival days these works of art can be seen in the Rock District.

Several other items used by artists on stage will be for sale in the auction during the shows. That is the reason why it is important to follow the Rock in Rio social media, so you can be aware of opportunities like this.

Check here for a list of items already available.

Keep up with us!