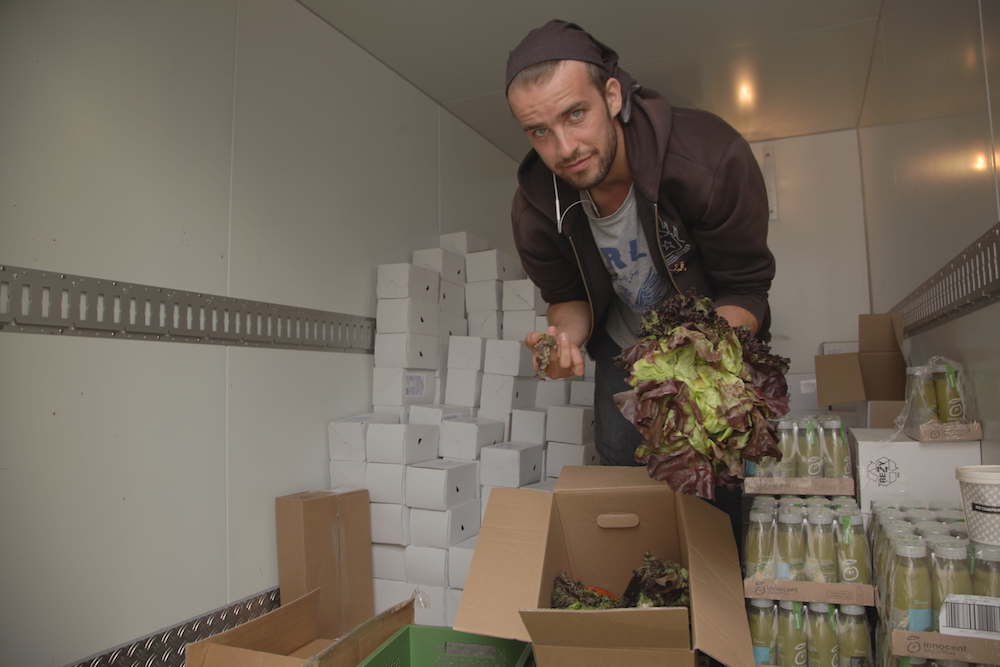 One third of all food produced in the world ends up in the trash every year. It is as if every third meal prepared would not be consumed by anyone. The Food and Agriculture Organization of the United Nations estimates that over a billion ton of groceries are discarded per year.

Meanwhile, plenty of people lack access to food and proper nutrition. A group of Germans has shown that grassroots action can make a difference in this equation. They created an online platform called Foodsharing, an NGO that collects goods discarded by supermarkets, bakeries and other grocery shops.

The idea came out of a growing global practice: people go through supermarket trash containers, something called “dumpster diving”. Many have adopted the practice after noticing the enormous quantity of quality food wasted.

Among other things, most of the good found in the containers are fruits and vegetables still in good shape, but with imperfections, and packages of fruits with one rotten piece, which makes it unsuitable for paying customers. Products with close expiration dates and seasonal items, like chocolate Easter eggs after Easter, are also abundant in the dumpsters.

TO SET THE EXAMPLE

What Foodsharing does is create a close relationship with shops willing to give away rejected food. To these places, having someone to absorb the extra load of goods helps them save on  trash removal taxes. The NGO collects the material and distributes it to anyone who wants it. The activists themselves, most of them middle class and perfectly able to pay for their food, choose to consume these products to avoid waste. The fruits that clients from supermarkets don’t buy are often on the edge of going bad. “And there is so, so much fruit thrown away,” says the cultural producer Katia Münstermann, one of the Foodsharing activists. Vegetables come with some rotten parts and green leaves are brown on the edges.

The rule for Münstermann is to ask yourself a very important question before buying or receiving food: “do I have enough already?” Katia has a few tips for making the most out of all the food you take home. Jam
When you have a great quantity of ripe fruits, almost on the edge of rotting, it’s the perfect time to make jam or compotes that last for a long time.

Smoothies
Fruit and vegetable chunks can go into a blender to make tasty smoothies.

Paneer
Milk that is about to expire is a good ingredient for a very common type of cheese in India, called paneer. The recipe takes only milk, salt and lemon juice.

Stew
Food chunks, together with a well-spiced sauce, can make a nice stew.

Dried spices
Leaves can turn into spices; dry them in the oven and shred them on top of the food.

Long-lasting Soup
There’s a trick to keep soup fresh for a longer period in the fridge: storing it while still hot in a glass-sealed container. The heat will create a vacuum, preserving the soup for months.

Croutons
The trick of turning bread into toast always works.

Salad mix
After cutting off brown edges from leaves and fruits, you can use the rest to create a super salad.

Flavor cubes
The imperfect tips of vegetables like squash, carrots, potatoes or corn can be used to flavor beans, soups and stews.

Garden products
Replanting the food tips will give you fresh produce.