A biologist and ecologist with a Master's in conservation of plant biodiversity, Juli abandoned her life in São Paulo to ride her bike from one end of the Americas to the other 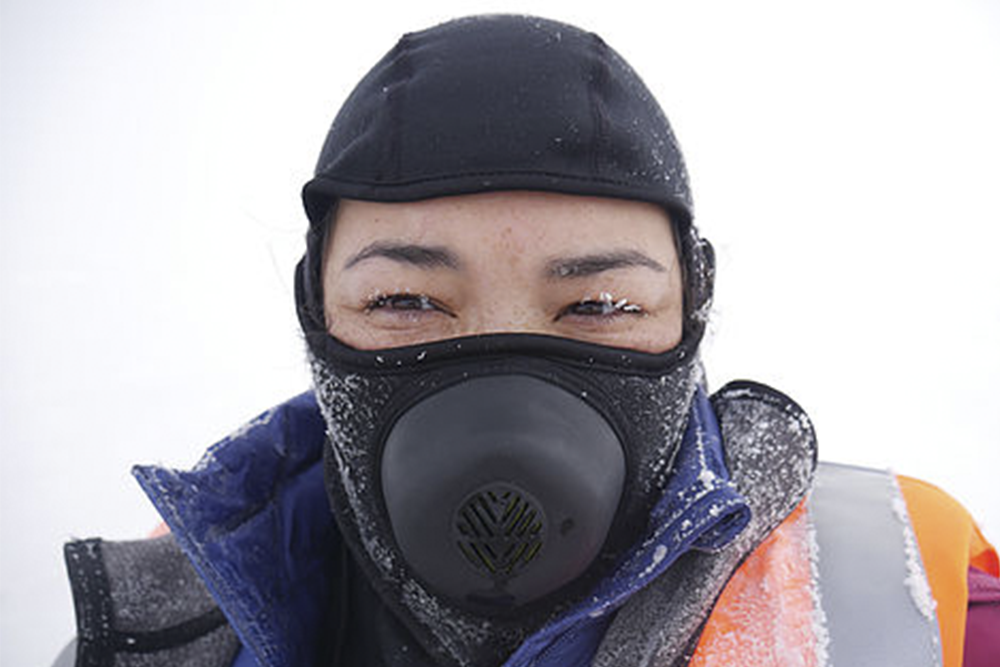 Juliana Hirata sold everything she had, built up some courage, and decided to ride her bike from Alaska to Argentina, for the first stage of her "Between America's Extremes" project. She has racked up over 10,000 miles since 2016 (Personal Archive)

Juli Hirata is one of those people that are driven and curious. When she was nine years old, she looked at her mother and said, “I want to be a scientist.” And she became one! While studying biology at her university, she became immersed in the world of research and laboratories, but it was in a laboratory over water that her plans changed. “I realised that my place was out there giving classes in the field, conducting environmental studies.” In helping children to relate to nature, Juli also fell in love with human relationships.

However, Juli is the type of person who is always searching for more. She never stopped studying. She enrolled in a Master’s program in Conservation and Plant Biodiversity to understand the impact people can have along hiking trails, and started visiting protected areas to closely monitor the relationship between humans and nature. Not satisfied, she applied to study at Yale University and won a scholarship, but failed her English exam.

She turned her frustration into strength. Juli packed her bags and left for a two-year long trip around Europe to improve her English and apply for PhD programs. She took the time to go on bicycle trips. She was accepted into a PhD program, but couldn’t get a scholarship, so she decided to return to Brazil with her husband, but still with plans of conquering the world once again.

Surprisingly, the return to São Paulo left Juli more rooted than she could have imagined. She got involved with her job in a humanist school. Her husband opened a cafe and bicycle shop and became totally consumed by the new enterprise. Suddenly, Juli saw her old dreams and plans disappearing in the present. Out of despair and the potential of more frustration, Juli asked herself, “What am I most afraid of?” With that question in mind, she found an answer: to leave everything behind.

Juli says that fear is what motivates her, she defines herself as a very fearful person. But she also turns this fear into endless courage. Afraid of leaving everything behind, Juli did just that. She filed for divorce, quit her job, sold all her things, settled her debts, packed what she had left, took her bicycle, and created the project Extremes of the Americas. In this project, besides traveling alone for two years by bicycle between North and South America, from Alaska to Argentina, Juli will visit dozens of protected areas to understand the relationship between humans and nature, and also how the management of these protected areas can help with this integration.

She has already seen a lot of this in Alaska. She has observed how protected areas are a part of people’s lives. At the same time, she has closely followed the acceleration of oil exploration in the region. “Alaska is facing a serious problem with oil exploration and mining, from gold,” she explains. She describes oil as “the black vein that cuts through Alaska’s protected areas.”

Juli also talks about how climate change is present in people’s lives. “Ever since the world started talking about climate change, and people in the United States didn’t even believe in it, Alaska’s population has been feeling it. They survive by being aware of the seasons out there.” One simple example: “When there is a bear alert, everything stops. People need to be inside their houses, they don’t work. Winter is bear season, but last year they started having bear alerts in the summer,” she says. Juli also reports how climate change directly influences food production in Alaska. “The seasons define when food will be in low supply, the protein stock they will have in winter, and the fishing season”.

Juli is still following on her adventure. This is an expedition by a fearful woman, who turned her fear into courage and keeps riding her bicycle around the Americas to tell us about humanity, nature and, of course, climate change.