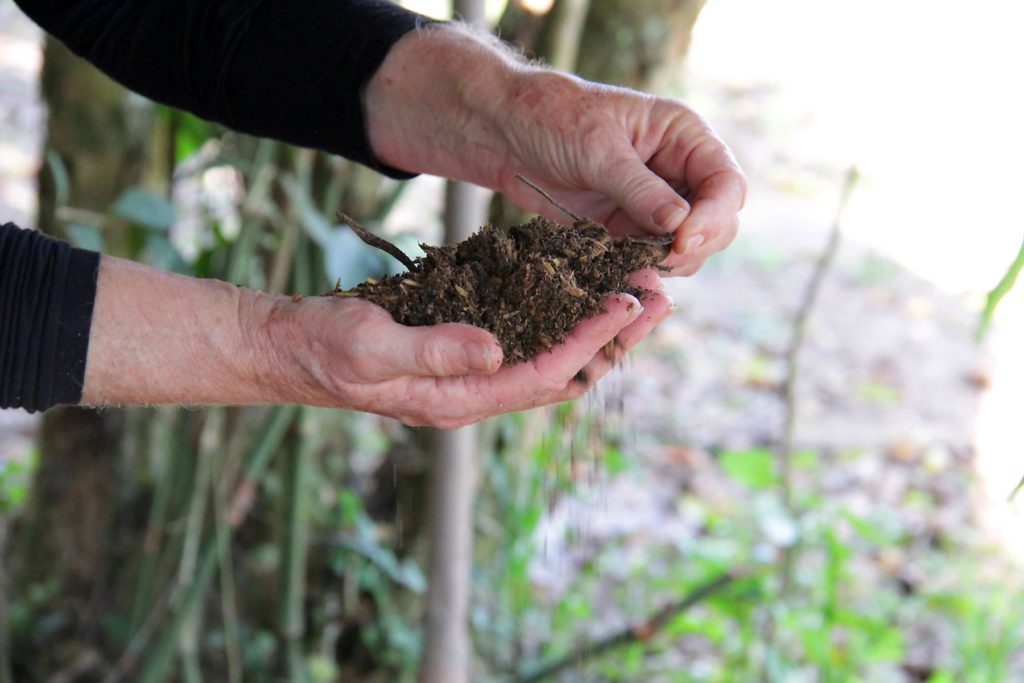 Nearly half of the world’s solid waste is organic or biodegradable, according to environmentalist Paul Hawken’s book “Drawdown: The Most Comprehensive Plan Ever Proposed to Reverse Global Warming,” a compilation of sustainability proposals from researchers around the world.

In landfills and at dumps, the decomposition of these waste products generates methane, a greenhouse gas far more potent than carbon dioxide. Composting, that is, transforming organic waste into fertilizer, is one way to slow down this damaging cycle.

In 2015, the United States composted 38 percent of all food waste, while the European Union composted 57 percent, according to Hawken.

Thiruvananthapuram, a city of nearly 1 million in the state of Kerala, India, is a composting pioneer. The government there created a composting system at the municipal level, removing organic waste from the normal garbage disposal system. The program has inspired plans by the state government to expand such decentralized waste management systems more widely. According to a report from United Nations Human Settlements Programme (UN-Habitat), solid waste management and wastewater contribute about 3 percent of current global anthropogenic greenhouse gas emissions. About half of that is methane from landfills.

“The decentralized waste management system is the best as it is the most sustainable model,” Anoop Roy, who is leading the city government’s waste disposal effort, told Believe.Earth, “because organic waste is not transported but treated at the source.”

“Therefore, a huge amount of fuel can be saved and a huge amount of carbon emission reduced. The urban population can have pesticide-free vegetables, and we can enrich the fertility of the soil.”

The initiative in Kerala not only addresses the problem directly, but also raises awareness among residents about their role in the waste management process. Home composting doesn’t require major investments. Most of the techniques require three vertically connected containers. They can be buckets, bottles or earthenware jars, filled with soil and dry organic material, like sawdust or newspapers. Worms speed up the process. Using them is optional, but it’s recommended for beginners.

HOW TO MAKE COMPOST

– Get three plastic boxes that fit together. They must be strong enough to bear the weight of the soil and the food waste.
– Drill holes in the bottoms of two of the boxes large enough that worms can use them to go from one box to the other. The top two boxes should have holes. The one on the floor should not.
– The boxes on top hold soil and worms.
– When dumping in organic waste, start with the box in the middle. For each piece, mix in twice as much dry waste, plant leaves or newspaper cut into small pieces.
– When the box in the middle is full, change its place with the one on top. The worms will then transform the organic residue into fertilizer.
– The box in the bottom will collect a liquid known as “good slurry,” rich in nutrients. It can be collected with a tap in the lower side of the box.
– Diluted with water, this liquid can also be used to fertilize plants.
– Once the first round of organic residue is decomposed, which takes around a month, the fertilizer is removed and the process starts again.