A victory for the villagers

In South India, a village uprising against a landfill made the entire state rethink its garbage policy 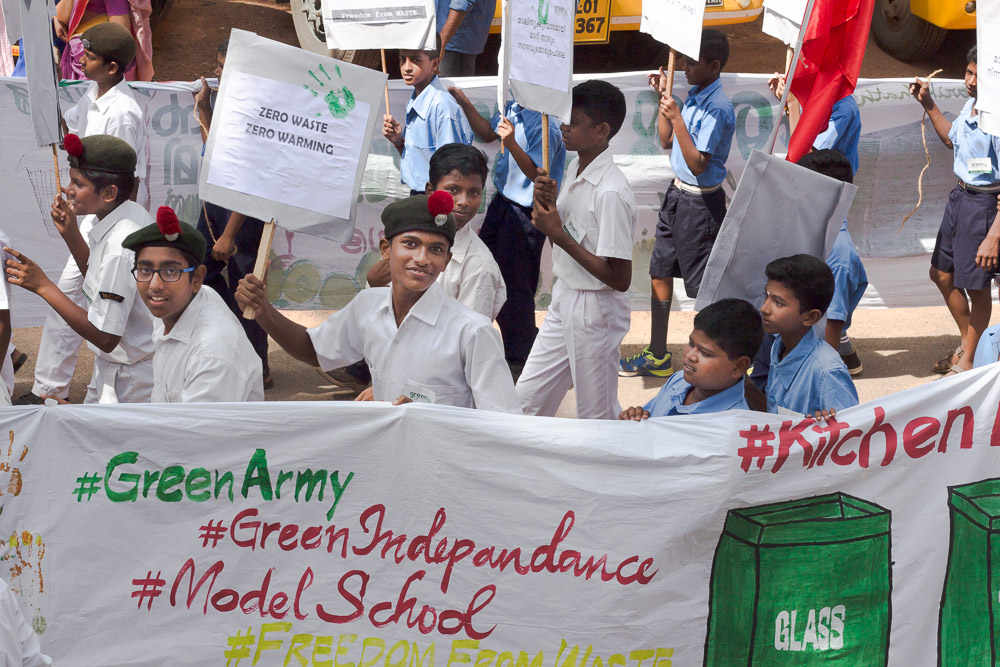 Rally to promote composting, reduction and recycling, led by the NGO Thanal, in Thiruvananthapuram (Carolina Oms/Believe.Earth)

For twelve years, the villagers had watched tons of garbage pile up in a landfill next to their homes. For months, they camped on the streets where the trucks carried waste from the capital of the state of Kerala, South India, to their rural village of Vilappilsala. Against police orders, politicians’ demands and court rulings, men, women, and children resisted in every way they could. Then came the day when Thiruvananthapuram, the municipal council of the capital, gave in to the protests’ strength and stopped the waste dumping. 2012 was the year this happened.

The success of the popular movement in Vilappilsala inspired a green wave in other villages in Kerala that were also suffering from the devastating environmental, public health and quality of life consequences of landfills, and forced the local rulers to find innovative ways to dispose of waste. Nowadays, more than 30% of the population of Kerala’s capital composts their household’s organic waste and sorts recyclables. But Kerala aims to bring more people in. The state and local government — working with schools, NGOs and the private sector — are investing in educational campaigns to convince the entire city to do the same.

Thiruvananthapuram is now the only Indian city of a million or more people that has neither a centralized waste-treatment plant nor a landfill site. The city doesn’t have a daily or weekly garbage collection, but recyclables are collected once a month. Plastics, paper, and metals can also be sold, given away or collected by the government, NGOs or private entities.

“Our state is highly populated and populous. With the end of centralized waste treatment plants, there was no longer anyplace to dump it. There was no other choice,”says Kuppu Vasuki, executive director of the Suchitwa Mission, which was created by the state government to set sanitation and waste management policy. The government of Kerala is carrying out research on how each household manages its waste. While she waits for the official results, Vasuki estimates that around 70% of the rural households compost, while some 50 percent of urban households do. The city closely regulates the private sector’s involvement in recycling, monitoring what the companies do with the organic waste.

The experience in Thiruvananthapuram inspired the state government to encourage all villages and cities in Kerala to adopt this decentralized approach to waste management and recycling. The “Green Kerala” campaign is even more extensive and aims to integrate policies on water management, waste treatment, and organic farming. One of its initiatives, already being implemented in the capital, is the use of the compost as fertilizer and soil additive in local organic agriculture. If the campaign reaches its goals, none of the garbage generated by the 34 million people living in Kerala, almost Canada’s population, will be rotting in landfills or burnt in the middle of the streets. “It’s a significant accomplishment for a state. I haven’t seen this kind of treatment [decentralization and composting] anywhere else in the world,” says Vasuki.

A BURIED PAST
When the villagers of Vilappilsala, a hamlet of some 18, 000 people, first started demanding the closure of the waste-treatment plant near their homes, they couldn’t even imagine the difference their attitude would make in so many other lives. The garbage crisis had begun in 2000 when the village outsourced its waste management to a private company. That company promised to sort and recycle the solid waste and compost the organic material, but in a few years, found that it wasn’t feasible to process everything. So, most of the trash began piling up in the landfill.

The farmer Stevenson Pill, now 80, used to live less than a kilometer from the dumpsite. “The smell was so bad, and there were so many flies that we couldn’t eat in our homes. Many of my neighbors developed skin diseases and infections,” he says. The waste also contaminated the water supply, and the problem started to affect all villagers. Stevenson Pill, a farmer who is now 80 years old, lived less than a kilometer away from the waste treatment plant in Villapilsala (Carolina Oms/Believe.Earth)

In 2008, alleging failure to comply with its contract, the city of Thiruvananthapuram ended its relationship with the private company responsible for the factory and took over the plant. But the conditions didn’t improve and garbage continued to pile up. The trucks would dump between 200 and 300 tons in the village per day.

The land stopped bearing fruit. The animals got sick. The farmers were forced to sell their lands and to try their luck elsewhere. Children and older people developed respiratory illnesses from the air pollution.

Tired of palliative solutions, like the construction of a moat to prevent pollutants from leaching into the water supply, and empty promises, villagers asked the municipal council of the state’s capital to shut down the plant. In December 2011, after waiting and negotiating in vain, they started blocking the trucks carrying the garbage into the village. “Men, women, and children slept and woke up on the roads. We even set up a six-month baby’s crib right there. Small businesses contributed with water and food for the protesters. Everyone was part of it,” recalls Shob Hana, one of the leaders of the protest.

The villagers’ resilience, even as they faced prison, threats and tear gas, caught the attention of the local news. The intense media coverage increased pressure on the city council. With no other alternative, in August 2012, the city announced the closure of the waste plant. “Thanks to the protests, rulers understood the consequence of dumping waste and are promoting a change in management all over the state,” says Vijay Raj, current president of the Panchayat, a group of autonomously-run villages, and one of the leaders of the protests against the plant. 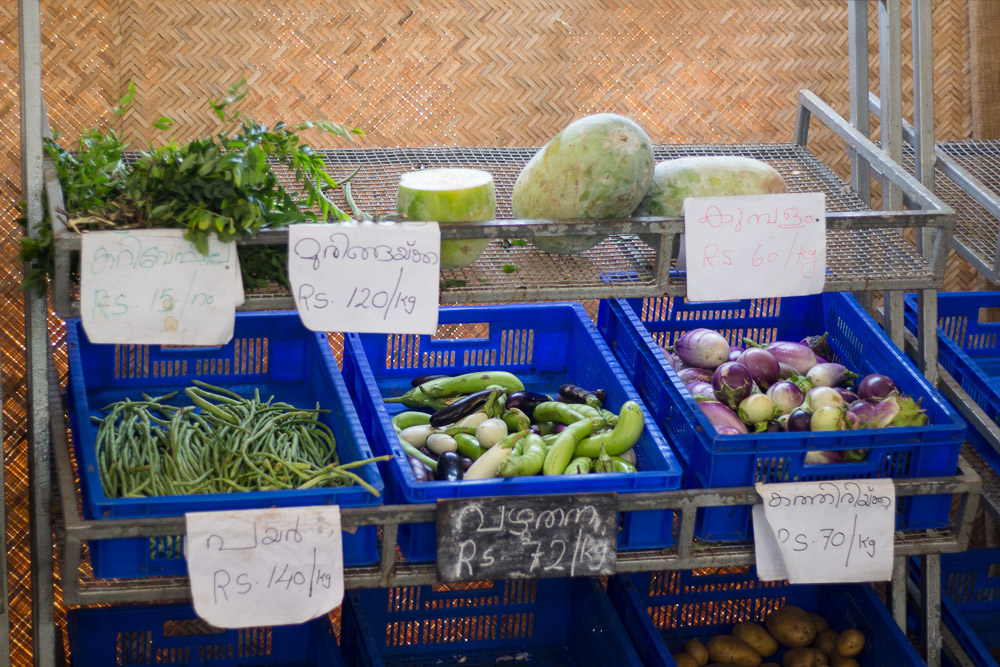 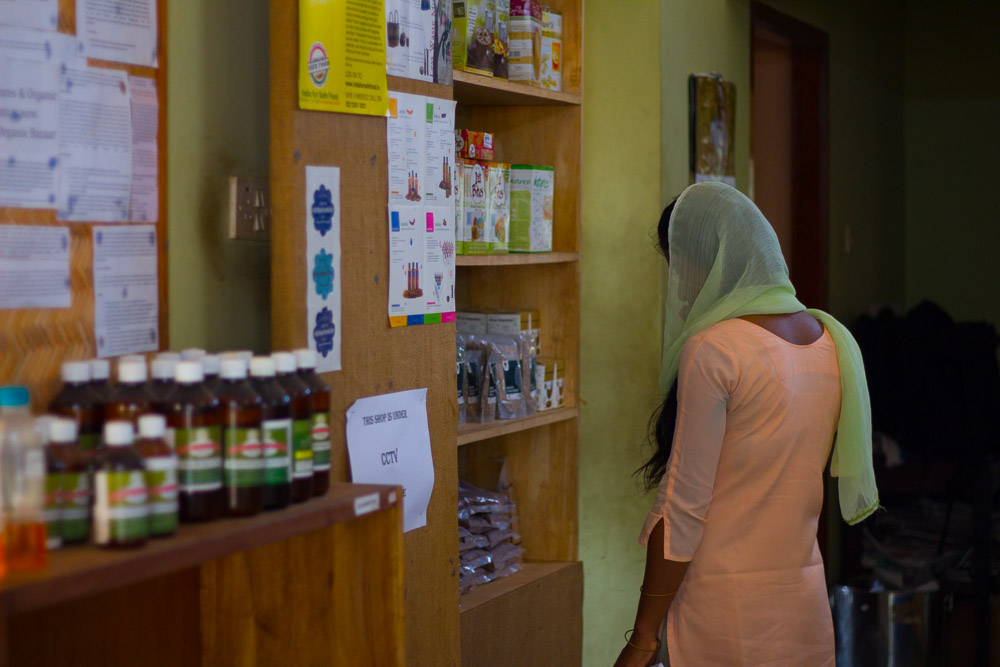 THE BEGINNING OF THE FUTURE
When the city first began researching solutions to the problem of waste management, the inhabitants of Kerala’s capital were given PVC pipes, buried in their gardens, to receive food waste. The government installed community compost centers to receive organics. But that idea didn’t work out.

Without adequate supervision, people started to dump all kinds of material, whether organic or not, in the community compost centers. In their homes, many complained the pipes emitted an unpleasant smell – this can happen when the composting process is not done properly. In the streets, garbage started to pile up, and people were burning trash in bonfires in the middle of the city.

In November 2014, the campaign “Ente Nagaram, Sundara Nagaram,” which means My City, My Beautiful City, was launched throughout the state capital. Households received individual composting receptacles called Kitchen Bins, meant to be kept inside the kitchens. NGOs and private companies, in partnership with the city, started teaching people how to compost. The staff at the community compost centers was trained to receive food waste and to avoid contaminating it with sanitary or solid waste.

Closed for five years, the waste treatment site today is home only to abandoned machinery and trees (Carolina Oms / Believe.Earth)

According to Anoop Roy, who has led the capital’s decentralization management project, one of the advantages of this model is that it “doesn’t need tons of money and complicated technology. It uses simple, economical and environment-friendly technology which anybody can operate.” He says the city has already invested between 5 and 7.5 million rupees (between U$78,000 and U$117,000) in educational campaigns about recycling and composting. When the plant in Vilappilsala was operating, around one million rupees (U$15,000) were spent monthly just on diesel to run the trucks picking up and transporting the garbage.

A private company, Haritha Gramam, is responsible for collecting plastics from households and delivering a monthly supply of sawdust containing microorganisms that speed the composting process and reduce smells. “In the next few months, we are expanding our services to ten thousands of households,” says Dinesh Kumar, president of the company. The service costs 200 rupees a month (around US$3).

“It’s important to have a city as big as Thiruvananthapuram clean. That will change the way people see composting and decentralized waste management,” says Thomas Isaac, Minister of Finance of Kerala. He thinks the community compost centers played an important role in changing Indians’ perception that composting attracts pests and diseases. “Everyone realized there was no risk. I think that was the most educational experience.” Closed for five years, the waste treatment site today is home only to abandoned machinery and trees (Carolina Oms / Believe.Earth)

THE POWER OF EDUCATION
Education has been central. In schools, Thanal, a Thiruvananthapuram-based environmental NGO, has worked alongside teachers and volunteers to raise awareness among children, who then educate the adults in their lives. At public schools, the students are part of the “Green Army,” where they learn the importance of composting and of reducing the use of plastics and disposables.

Besides sharing their knowledge with their families, the students and volunteers also try to make an impact on the community around the school through rallies and posters (made with recycled materials of course). “It’s not enough to produce waste and then think about recycling. We need to reduce the generation of waste,” says Shibu Nair, director of Thanal, who coordinated the latest rally.

Education is a slow process. Even as these campaigns are happening, many people are still burning or dumping garbage in the capital’s rivers. Thomas Isaac believes Kerala will change the way each person relates to the waste they generate. “My garbage, my responsibility,” says the minister, proudly reminding us of the slogan heralding the state government’s most recent campaign.

The Panchayats are groups of self-governed rural villages, in a political system aiming to increase popular participation by decentralizing power. The villages areas are divided accordingly to territory and population and each one elects a representative. Together, they also elect someone to serve as president of the Panchayat. The term of the elected representatives is five years and there are quotas for women and members of the lowest castes. Currently, there are over 250,000 Panchayats.

The Panchyats represent the oldest political system still practiced in India, but it was revamped in the nineties to counter the national government’s failure to tackle local matters. At the time, the state of Kerala went further, changing state legislation to reduce national and state government influence over local politics and increasing the amount of taxes allocated directly to the Panchayats.
In Vilappilsala, it is easy to see how accessible the representatives are to the people. There are no closed doors, security guards or bureaucracy surrounding them. Any citizen can walk in and talk to his representative. The Panchyat representatives’ cellphone numbers are also available on the state’s website.