This engineer created an organization that trains poor workers to manage solid waste, turning them into micro-entrepreneurs 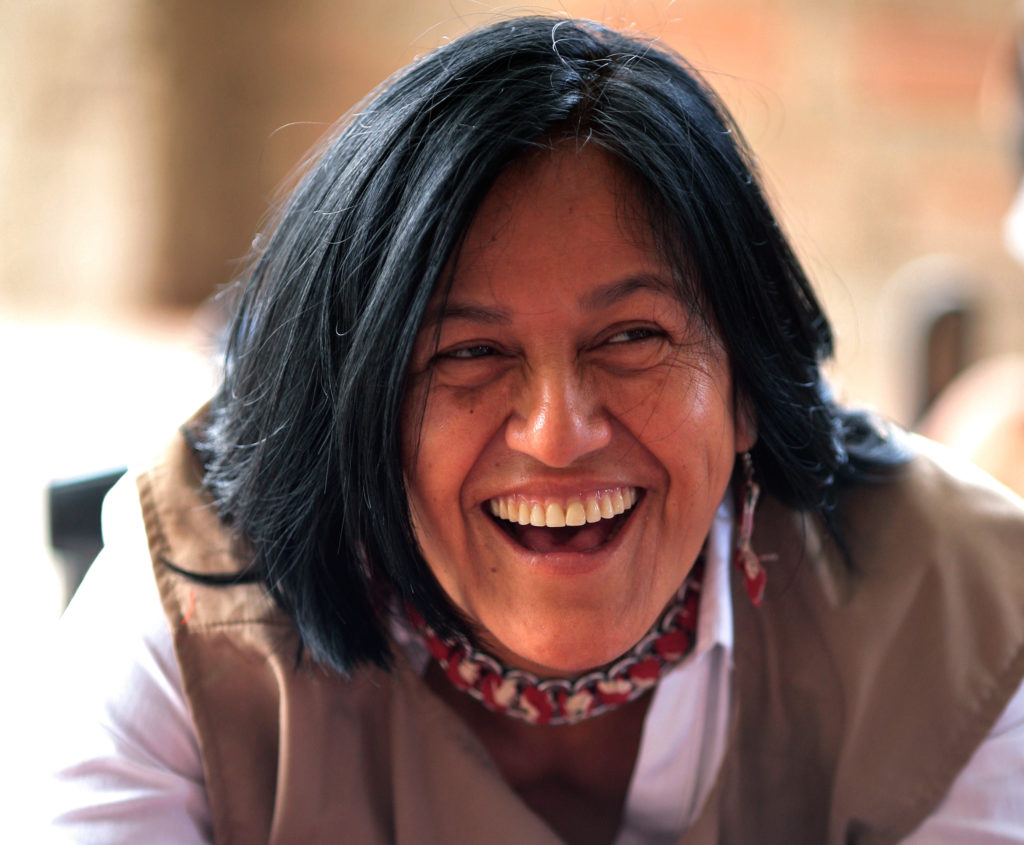 Recycling has always been a part of Albina Ruiz’s life, even since before the word “trash” entered her vocabulary. Born and raised in the Peruvian Amazon, in Moyobamba, she learned early on from her parents the importance of maintaining a respectful relationship with nature.

“We didn’t use plastic or wrapping,” she told Believe.Earth. “They taught me that the skin from plantains and manioc were food for the horses and pigs.”

When she moved to Lima, Peru’s capital, to study industrial engineering, Ruiz was struck by the living conditions of the impoverished families she met there, some of whom literally lived among piles of trash.

It was that experience that led Ruiz to write her dissertation on environmental pollution in Lima’s Cono Norte region, one of the city’s largest slums.

Now, more than twenty years later, she’s a prominent social entrepreneur, recognized for finding a way to turn waste management into a profitable business and for promoting the economic and social inclusion of workers from impoverished communities.

In Lima, in 2002, Ruiz founded her nonprofit, Ciudad Saludable, which means “Healthy City.” The group works to improve solid waste management practices by recruiting local workers and turning them into micro-entrepreneurs.

In addition to teaching the technical ins and outs of recycling, such as which materials can and can’t be recycled, Ciudad Saludable offers courses on leadership, business management, and public speaking.

The organization has also spawned two affiliated groups over which Ruiz also presides, under the banner of the Grupo Ciudad Saludable. One is Peru Waste Innovation (PWI), a social enterprise that provides consulting on waste management and the recycling of electronics. The other is the Healthy Cities International Foundation (HCI), based in New York, which seeks to replicate Cuidad Saludable’s model in other countries.

“There are approximately 108, 000 families living off the recycling business in Peru,” said Ruiz. “We managed to bring between 12% and 15% of these people into the formal economy, considerably increasing their income and improving their working conditions.”

Ciudad Saludable’s success led Ruiz to expand the project to other Peruvian cities and around the world. The nonprofit operates in various Latin American and Caribbean countries, as well as in Asia and Africa.

“We had to adapt our tools for each place,” said Ruiz, “because the terminology and language vary even between Latin American countries.”

She sees India as her toughest challenge, though.

“Recyclers in Latin America live in extreme poverty, but in India they are in absolute misery,” she said. “In addition to this, there are issues of language and religion.”

However, she believes that by training local workers and pushing for changes in public policies, the harsh lives of India’s recyclers can improve.

Ruiz, now 58, said she’s encountered no shortages of challenges during her career. She’s faced everything from sexism–“she’s a woman, and young, too,” she recallsed hearing–to death threats.

“When someone offers newsideas and acts ethically in this area, they face problems, because there are garbage mafias,” she said.

“We’ve seen families subjugated by other families inside landfill. There are companies that charge for trash collection by the ton but don’t want recycling to be a priority. We’ve been targeted by Sendero Luminoso and other companies that paid false community leaders to taint our personal and professional integrity.”

Ruiz is also active in education, with a focus on the concept of environmental citizenship. One of the program she launched used theater to spread awareness of and respect for local flora and fauna among the citizens of Iquitos, the largest city of the Peruvian Amazon.

“The idea is that the locals can help take care of the rivers and forest,” she said. “They can learn not to throw trash on the ground, not to cut down trees.”

Ruiz said her next major initiative, to create a waste management system for Peru’s protected nature reserves, will also focus on the Amazon.

“We want to implement a waste collection system in Belém and Iquitos using boats,” she said. “The idea is that this model can be replicated in other parts of the Amazon.”

Albina Ruiz is an Ashoka fellow. Ashoka is a worldwide organization present in 84 countries and leads a movement in which any individual can be responsible for positive social transformation.