Antonio Nobre: A scientist advocates for the Amazon 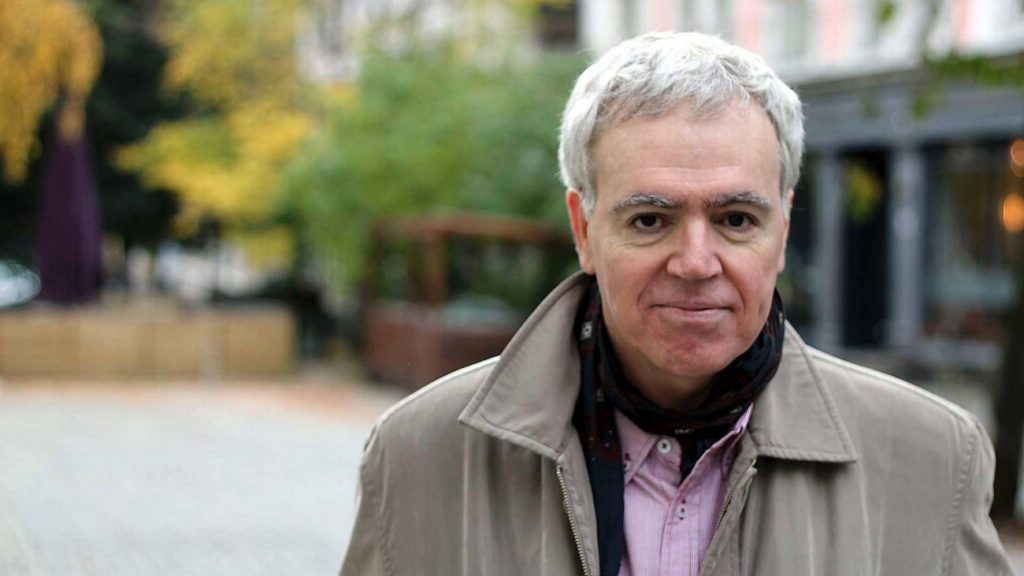 Antonio Donato Nobre is a scientist and an activist for a cause he embraced 36 years ago when he began researching the Amazon rainforest. His first trip to the region was in 1979, as a student of agronomy. Over the ensuing three years he went to the forest seven times by hitchhiking on government airplanes. When he decided to stay, Nobre became a researcher at Instituto Nacional de Pesquisas da Amazônia (National Institute of Amazonia Research, INPA). He then lived in Manaus, Amazonas, in the middle of the rainforest, for 14 years. Author of the 2014 report O Futuro Climático da Amazônia (The Climate Future of the Amazon Rainforest), he currently lives in the interior of São Paulo and is a senior researcher at the Instituto Nacional de Pesquisas Espaciais (National Institute for Space Research (INPE).

In order to attract more people to the urgent cause of protecting what is left of the forest, a ‘war effort’, as he puts it, Nobre believes that we have to make people’s eyes shine, translating scientific discoveries through accessible language that can awaken adults’ inner children.

In a conversation with Believe.Earth, the researcher revealed what inspires him to keep going even when all statistics on deforestation lead more and more people to think that the Amazon can’t be saved. For him, there is still hope.

Believe.Earth (BE) – How did your connection with the Amazon rainforest come about?

​Antonio Nobre (AN) – My passion for the Amazon rainforest is best explained by the indigenous wisdom that says we are all children of the Mother Earth. Which child is not in love with his/her mother? In the middle of the Amazonian exuberance, I feel welcomed and protected. I do not remember ever feeling differently. This love was born inside me. The forest speaks a rich language in shades and variations and it takes more than biological knowledge to capture it in all its beauty.

BE – How can science enchant, bring and awaken people to the Amazon rainforest?
AN – During the peak of the powerful drought that hit southeast Brazil in 2014, I reviewed many scientific articles with good explanations to produce a report. But they were impenetrable to common sense. Science, like any human endeavor, has its rituals, follows precepts and seeks to remain faithful to its traditions. Scientists fear losing respectability, their most valuable capital, but like any tradition science can harbor exaggerated fears, rigidity and isolation.

How to explain complex concepts without using scientific terminology? As Arthur C. Clarke said, “a sufficiently advanced technology is indistinguishable from magic.” Magic touches the childish imagination we all have. It triggers the circuits of enchantment in the brain, awakening fields of wonder in human cognition. I expose this logic to my unbelieving students.

Innovative scientists are like curious children: Their eyes shine when they find out something remarkable. This brightness is contagious and can be transmitted through narrative, storytelling. A colleague who revised my text warned me that poetic language might jeopardize my image as a serious scientist, but I was convinced that my choice was the right one. It worked well! My reputation has not declined. I believe that this effort touched hearts and minds.

BE – The desire to keep the forest alive leads you to some interesting challenges. Can you talk about those?
AN – One is to reconnect scientific knowledge with popular knowledge. I am involved in initiatives to popularize knowledge and scientific discoveries and apply them to the protection of life without neglecting academic development. I try to enjoy the lessons of nature to inspire what we do in our scientific pursuits. In the PhD program, where I teach, I invite and challenge students to be innovative, to learn and play outside the boundaries. Young children are remarkable scientists, they seek incessantly to understand the world, enchant themselves with their discoveries, and do it without affectation or vanity. Adults can also have bright eyes when learning. Another front on which I act is the digital world.

BE – How was the work with Rios Voadores (Flying Rivers) born?
AN – In 1992, California meteorologists coined the phrase Rios Voadores (Flying Rivers) to describe concentrated winds that carried large amounts of steam, causing rain and floods. In 2004, Brazilian meteorologist José Marengo described these flows to South America, calling them low-level jets. In 2006, Marengo embraced the term Rios Voadores, when we worked with the aviator Gerard Moss on the project that adopted that name. My early work was as a translator and a person who integrates, using an accessible and holistic narrative as a bridge between science and the world beyond it.

Gerard understood this story and used his plane, marketing science through adventure, to gain power and capture the popular imaginary. The story of Rios Voadores has gained such popularity that it has returned to its origins, arousing the interest of the academics, and now studies of the phenomenon have intensified.

BE – What is the simplest way to explain the importance of the Amazon rainforest to the balance of climate and life on the planet?
AN – I believe that analogies to the human body and its functioning are the most effective ways of fostering popular understanding of the metabolism of the Earth. The theory of Gaia postulates that the Earth, similar to a living organism, contains systems that regulate and maintain optimal conditions for life. The roles played by the great forest in supporting a favorable climate are analogous to the lungs, endocrine system, heart, veins, arteries, kidneys and liver.

When any organ of your body does not work well, discomfort is immediate. The malaise serves as an alert telling you to address the underlying causes. When an organ stops working, a real threat to life arises and the person needs medical assistance immediately. What hospital can assist our planet? It is a body 12,000 kilometers (7456.5 miles) in diameter traveling at 108,000 kilometers per hour (67,108 miles per hour) in outer space, whose vital organs have been damaged or eliminated. Forests and all other ecosystems are vital organs of Gaia. They were created and have shaped the earthly environment over billions of years, generating comfortable conditions for the human being to emerge and develop. There is no transplant or possible treatment for these weather organs if we lose them. 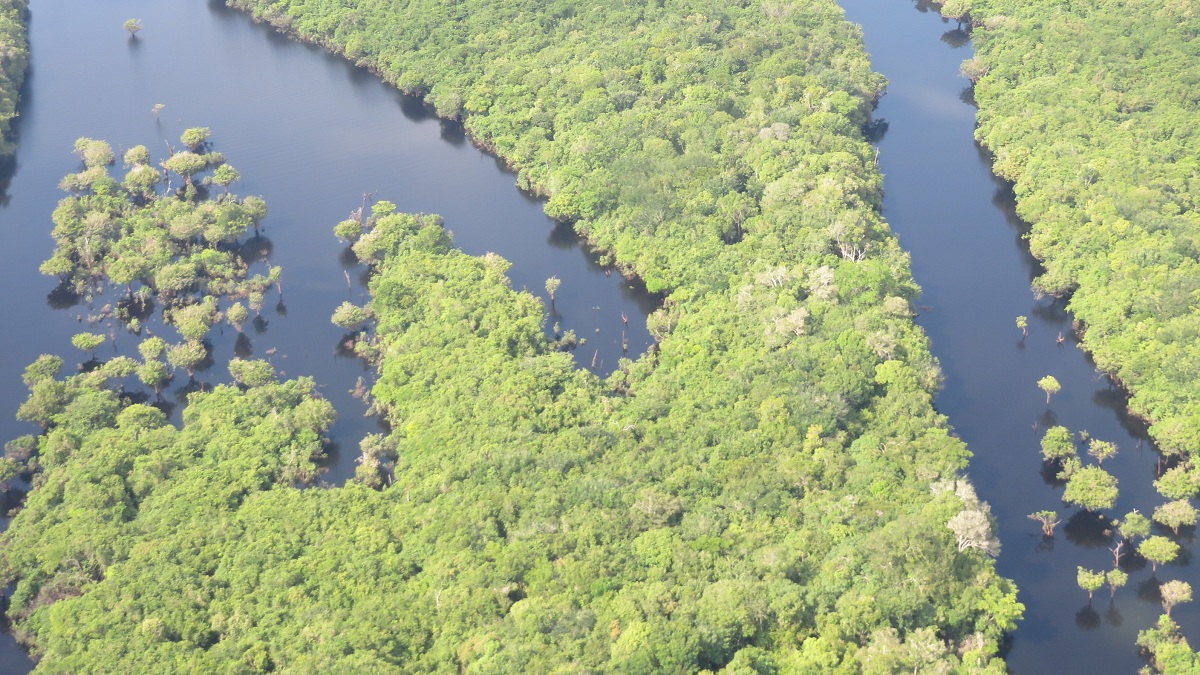 Aerial view, during flyover, of Anavilhanas, Amazon, one of the largest freshwater archipelagos in the world (Karina Miotto/Believe.Earth) 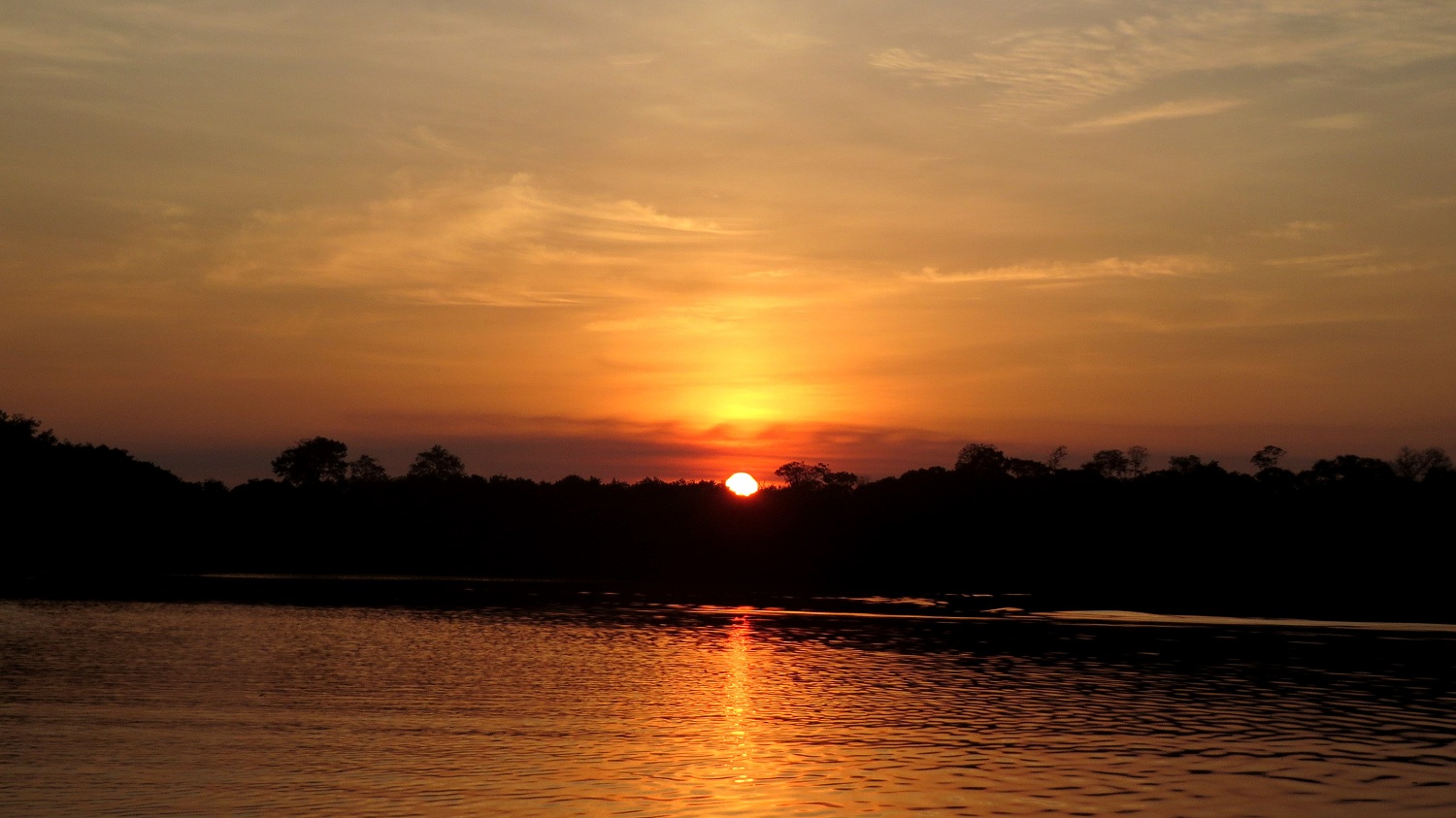 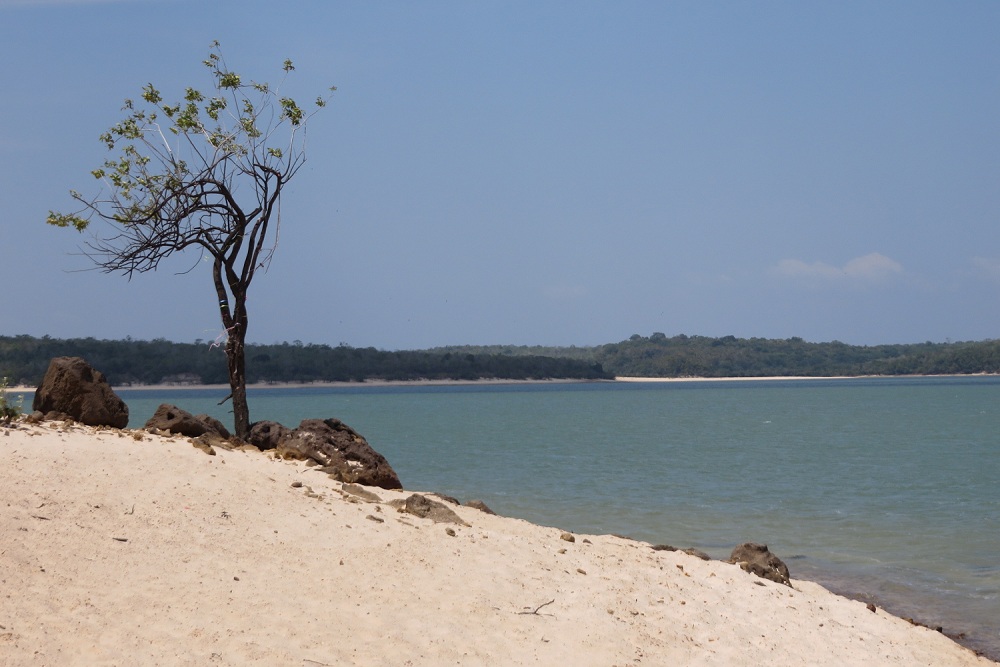 The beach at Alter do Chão, Pará (Karina Miotto/Believe.Earth) 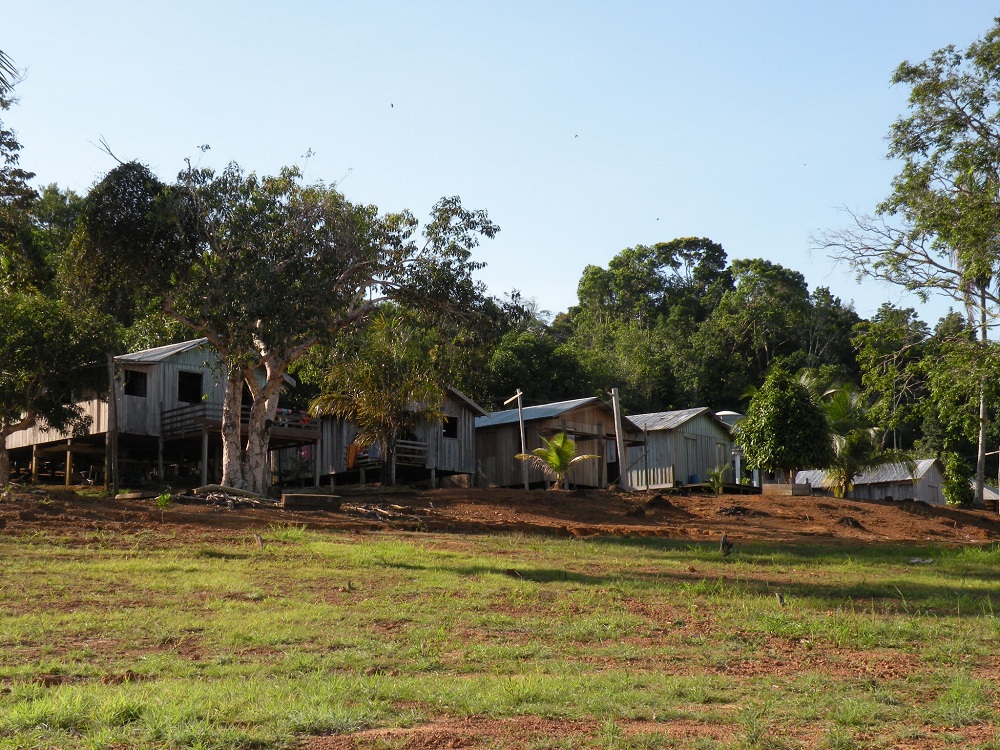 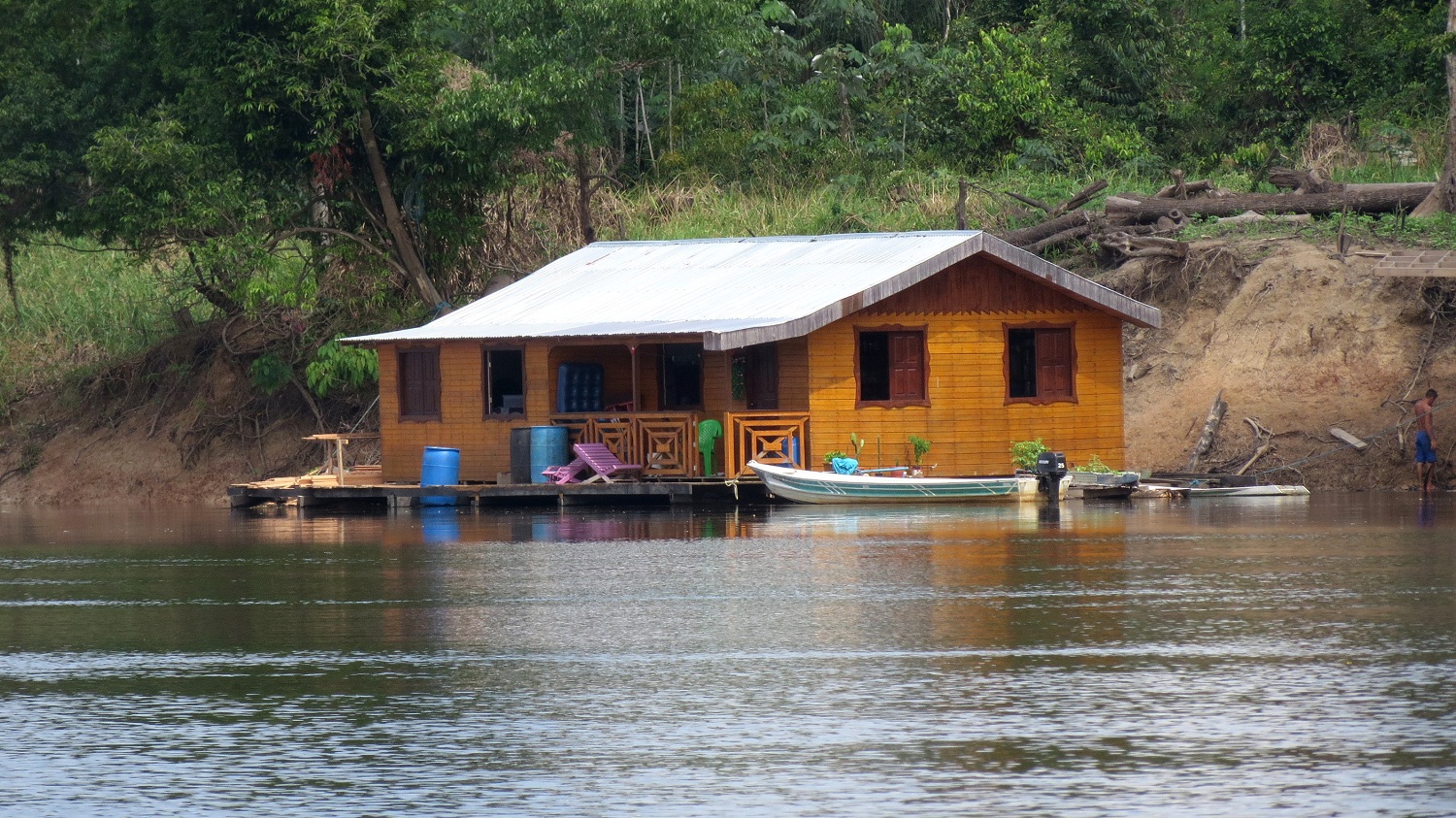 BE – What could happen if the Amazon rainforest ceased to exist? How much time do we have left?
AN – We have already lost almost half of the original forest to clearcutting, deforestation and forest degradation. The most serious problem is that the degradation of the forest comes not only from the usual causes, such as logging, cattle raising and other similar things. The climate, altered by human actions, is drying the forests that are still intact, generating a domino effect in which the dry forest catches fire and is destroyed, which further alters the climate, compromising other areas that could otherwise be preserved. In 2009, a journalist asked me the same question: “How much time do we still have?” I answered, intuitively, that it would be five or six years until disasters hit an exponential scale.

Since 2014, we have seen the confirmation of that prediction. Many are asking the same question and the answer is the same: Time is up! Given the social condemnation of deforestation and the preservation commitments made in international negotiations, it is incredible that vast tracts of forest are still being lost to human action and larger tracts are still being degraded by droughts and fire. If we want to avoid the final destruction of the Amazon rainforest, we can no longer ask that question about the future. We must pose it backwards: “When did we have to stop the destruction in order not to lose the Amazon rainforest?” I say that stopping deforestation needs to happen by the day before yesterday and, taking into account that we’ve lost much time, merely stopping deforestation will not be enough to stop the loss of the forest. It takes a massive effort to restore the forest where it has been destroyed. It is feasible: in the last 25 years, China has replanted trees in 800,000 square kilometers (308,881.7 square miles) of its territory, an area equivalent to the amount of forest that has been cleared in Brazil over the last 40 years.

BE – How can Brazilians get engaged to protect the Amazon rainforest?
AN – Simply being against destruction is not enough. We need to remove from power the ideologues of deforestation, the powerful rural elites who sponsor destruction, who destroy in Congress the laws of protection, block the organs of control and even directly coordinate the destructive mafias. Society must be engaged in radically changing our representatives in Congress and at all levels of government, eliciting programs of action from candidates and parties, pressing the judiciary and law enforcement officials to put into practice the principles of the Constitution and environmental protection laws.

No less important and perhaps crucial is that each person becomes aware of the origins of whatever they consume.

BE – Many people only think about the Amazon rainforest in terms of environmental impact, forgetting that there are millions of human and nonhuman lives there. What is the importance of seeing the forest as a whole at this stage? How to get out of the materialistic paradigm when the subject is forest conservation?
AN – An experience reserved for few humans has the power to awaken dormant hearts. It is the overview effect, which affects astronauts, usually from so-called hard-fought careers, such as fighter pilot, engineer, or scientist in the exact area. The candidate selection is difficult and the training, very hard. It may take a decade before they are ready to board a rocket. Participants tend to be extremely rational people. However, when floating in orbit, they have the vision of the diminutive ball of shimmering blue and green life in the black expanse of space, protected and nourished only by a thin layer of gas. Such a vision awakens in them an instant and emotional awareness of the need to overcome differences and strive for the preservation of the Earth. If astronauts can arouse their sensitivity from this privileged panoramic view, I believe that many more people can achieve the same if they get to know the forest closely. If the secrets are revealed, if we can also rely on space technology to uncover an overview effect of the forest, I believe we will move away from the materialistic paradigm and consider and protect the forest as the greatest treasure on Earth.

BE – You see a future in which the Amazon is reforested, alive and protected. Where does your certainty come from?
AN – I believe that, after the storm, the field will soon be ready for planting. And, everybody who loves life must be ready to be part of the process. As people who live in the Amazon say, the forest is bigger!