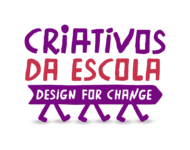 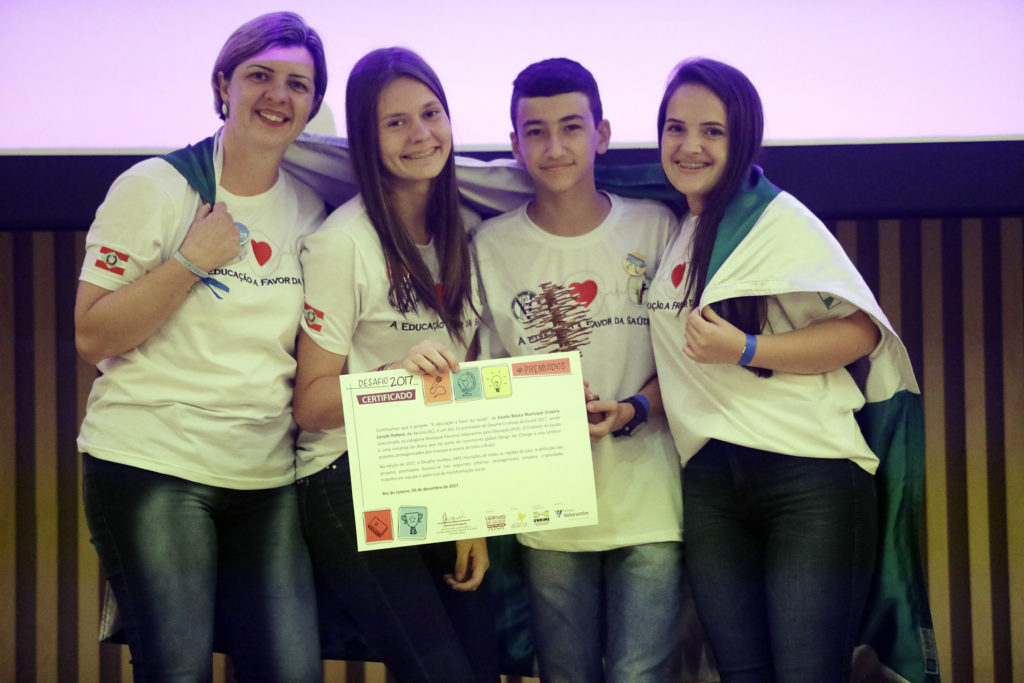 After hearing a news story on their local radio station, a group of students from the Victória Cerutti Petters Municipal School, in the southern Brazilian city of Apiúna, decided to roll up their sleeves and solve a problem that was affecting the entire town. In the news report, the city’s Secretary of Health talked about the large number of patients missing scheduled medical appointments in public health clinics, and the resulting waste of public services and resources.

The radio broadcast resonated with some of the students’ own experiences and observations. “For example, my grandmother had to undergo an exam in Pomerode, the neighboring town, and the bus that took her there should have been full, but there were only 5 people on it. That means that people who had scheduled exams were missing them, and the people on the waitlist kept waiting,” recalls Joseane Voss, 15, one of the students behind the “Education for Health” project.

Wanting to solve the problem, the students began by researching it. According to data from the Municipal Department of Health, 12 percent of all medical exams were cancelled because patients didn’t show up.

To change this, the ten students working on the project decided to visit the clinics with the largest number of absences, both in the city center and in rural areas. “We were worried about how people would respond to us. We thought beforehand about how we would approach people in the community, how we would present the information. But right away, we saw this fear was unfounded, because we were very well received and got support from everyone,” recalls Voss. “Whenever we walked into a health clinic, people were impressed because we were teenagers and we were there to call their attention to the problem,” says Brenda Larissa Formagi, 15.

The students explained to their fellow community members that even the simple act of informing the health clinic that a patient will not be able to make an appointment can help others, because many patients are on waiting lists needing appointments. “We made pamphlets and stickers to distribute at the health clinics and call attention to the problem,” explains João Paulo Bernardi, 14.

The teenagers gave a presentation to the City Council, requesting help from its members, and also made publicity campaigns aimed at senior citizens and to the representatives of the city’s Department of Culture and Education.

One strategy the student group adopted was to get support from the local media. “We took the campaign to community radio stations, local newspapers and social media,” explains Bernardi. The students even made phone calls to patients to remind them of their upcoming appointments. “Two buses came to pick up patients and no one was absent. It was important for us to know that we were helping the city’s health department and the local population. It’s great to have people thank us, it shows our work is worth it,” says Formagi.

To Marcela Cristina Voigt, the teacher who advised them on the project, the highlight was its surprising result: the students’ efforts were effective. The project reduced the waiting lists for medical exams and appointments. “There were no absences during the months the project was implemented. The most impressive part was how the students handled themselves when they talked to people and explained the importance of communication between the patients and the health clinics. The students felt important because they played an active role in the community.” 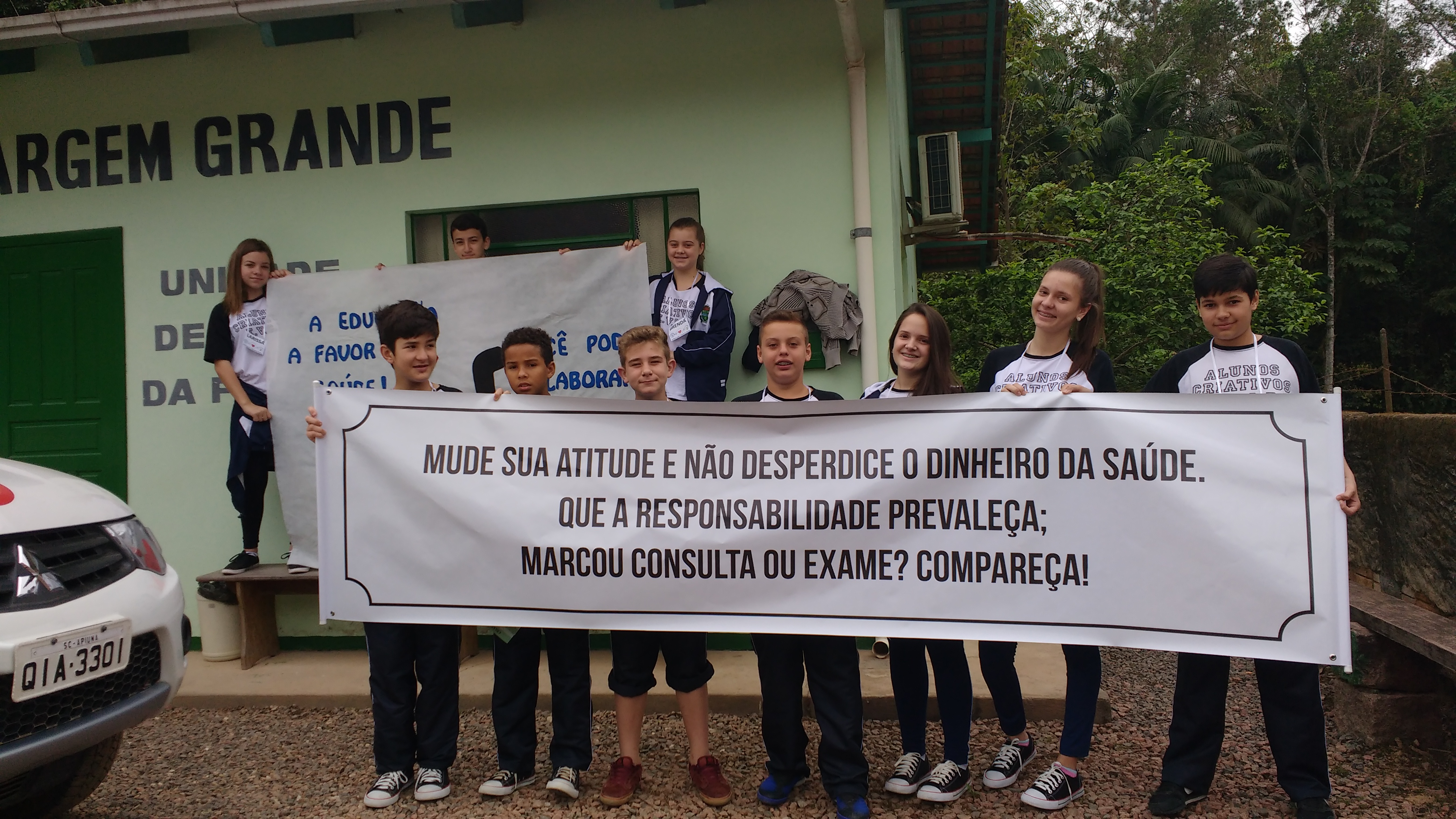 Students from the “Education for Health” project during one of their publicity campaigns (Photo: Criativos da Escola/Design for Change) 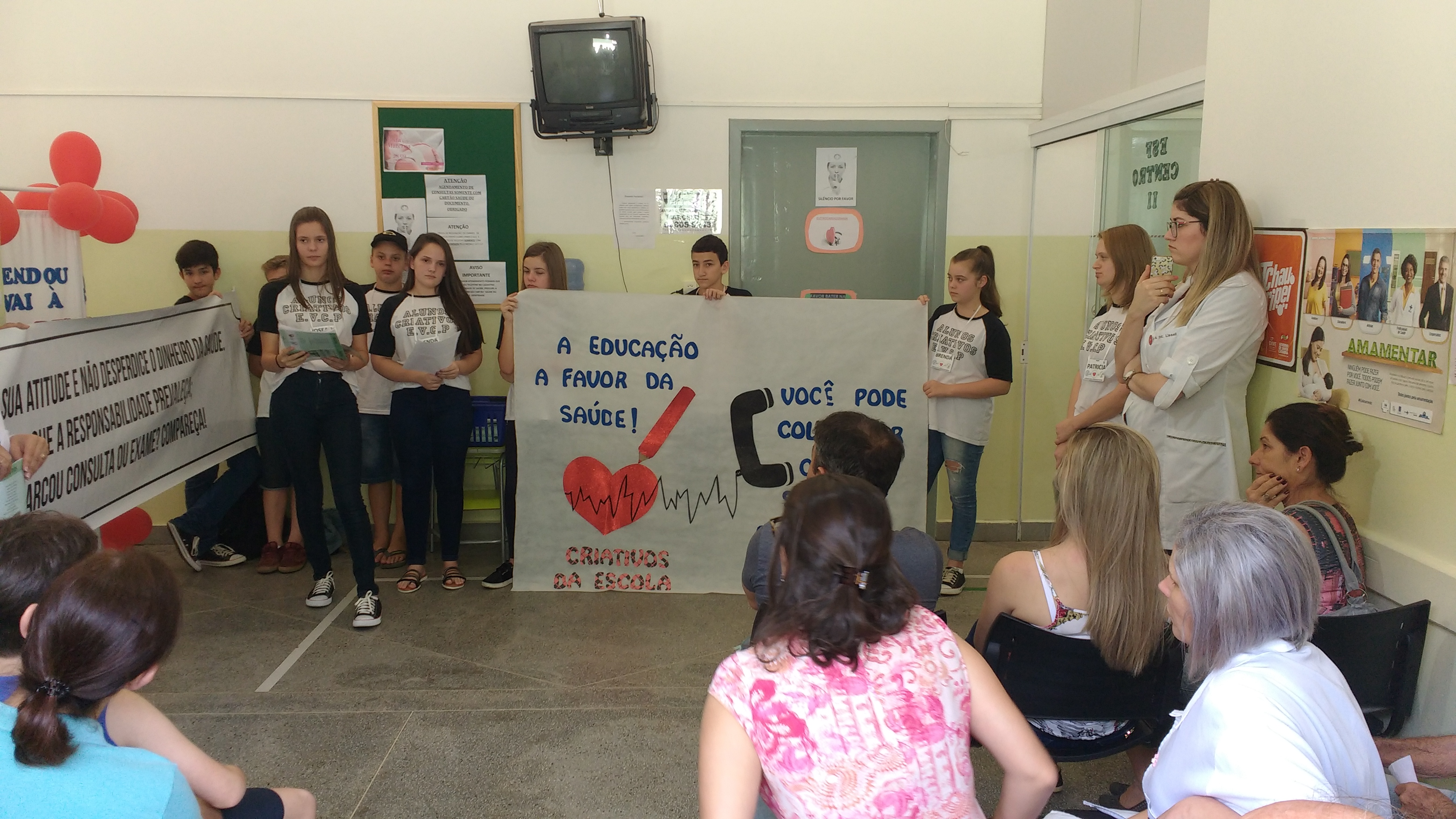 In their presentations, the students explained the importance of showing up to medical exams and appointments to help reduce waiting lists and make better use of public resources (Photo: Criativos da Escola/Design for Change)

The Educação a favor da saúde (Education for Health) project was one of the winners of the 2017 Design for Change Challenge. Organized by Alana in Brazil, Design for Change encourages children and young people to transform their realities, recognizing them as the protagonists of their own stories of change. The initiative is part of a global movement that started in India and is now present in 65 countries, inspiring over 2.2 million children and youngsters around the world.