Paul Hawken: Here’s how you can save life on Earth 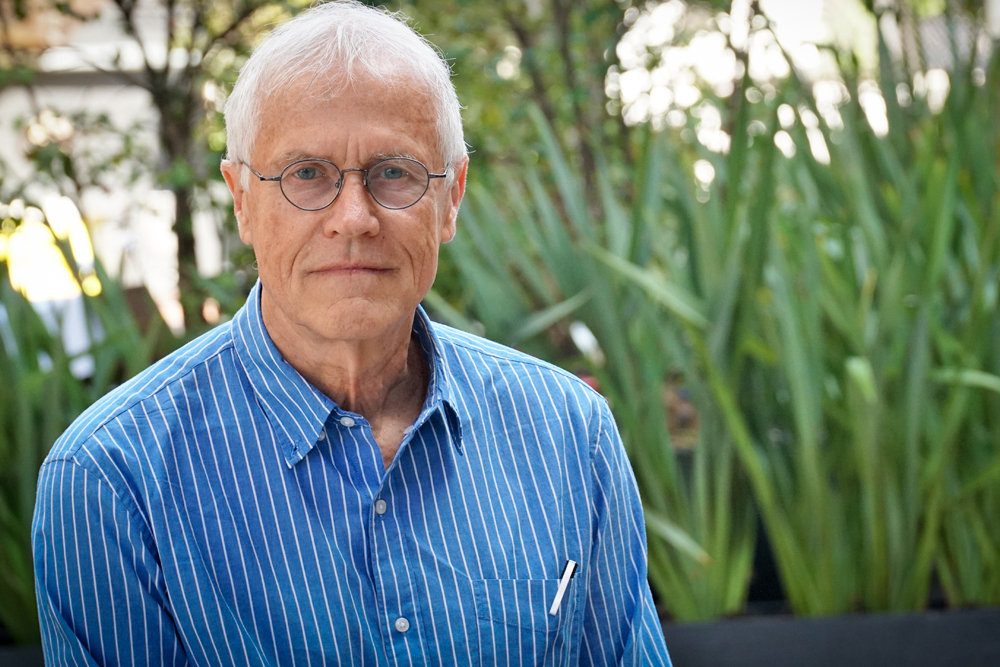 Paul Hawken, environmentalist and author of "Drawdown," was in São Paulo for the launch of the Portuguese edition of his book (Rodrigo Elizeu/Believe.Earth)

US environmentalist Paul Hawken is one of the most respected voices on sustainability. His first book on the subject, The Ecology of Commerce: A Declaration of Sustainability, was released in 1993. Hawken’s activism goes back even further than that. In 1965, he participated, with leader Martin Luther King Jr., in the Civil Rights movement in the United States.

But let’s get back to the environment. Back in the 1960s, Hawken was one of the pioneers in the natural food market, founding the Erewhon Trading Company. In 2009, when discussions on global warming took center stage, he created a photovoltaic panel company named OneSun.

Today, Hawken is dedicated to what is probably the biggest challenge of his career: Showing that we can reverse the climate crisis, an effort that much of the public (and many environmentalists) think is hopeless. He has been developing, with the help of researchers, students and entrepreneurs from around the world, the Drawdown project: 100 already-existing ways to reduce emissions, from increased energy generated by photovoltaic panels to the reduction of food waste. The term “drawdown” refers to the point at which the concentration of greenhouse gases will begin to decline, and continue to do so year after year.

“In 2013, Bill McKibben wrote his piece in Rolling Stone “Global Warming’s Terrifying New Math,” where he showed that if we burned all the coal, gas and oil that was in reserve on fossil fuel companies’ balance sheets, we’d be Venus,” Hawken said recently in an interview with the New York Times, explaining how the “Drawdown” project came about. “At that time, activist friends came to me and said: ‘It’s game over. There’s nothing that can be done’…I asked colleagues: “Do we actually know what we can do with respect to addressing global warming? Can we make a list of things that we are already doing and measure their greenhouse gas impact, along with the cost or savings if any?”

Hawken has dedicated his life to environmentalism and written four books on the subject, but he is skeptical of certain ways that environmentalists deal with this issue. Setting long-term goals for the environment distances people from the issue. “No one lives 20 years from now,” he says. “People’s lives are based in the ‘here and now’. And sustainability actions have to be oriented to the daily life.”

The environmentalist was in Brazil, with support from Believe.Earth, to launch the Portuguese version of his book Drawdown: The Most Comprehensive Plan Ever Proposed to Reverse Global Warming (Manole/Brazil). He granted us an interview. 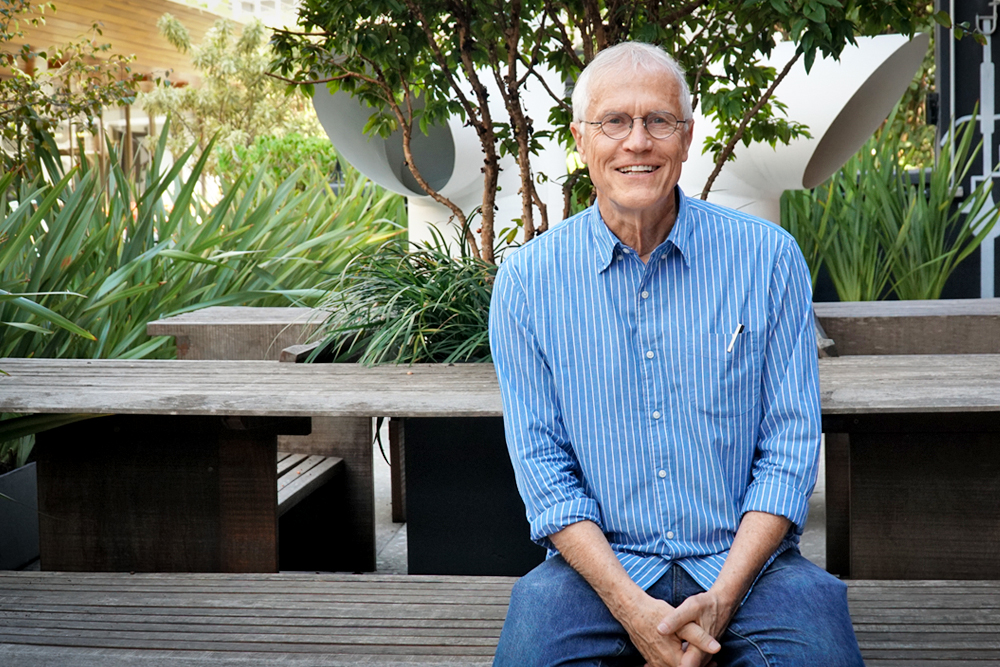 Hawken granted us an interview in a sustainable building in Vila Madalena, a neighborhood in western São Paulo (Rodrigo Elizeu/Believe.Earth)

Believe.Earth (BE) – By 2017, emissions of greenhouse gases had reached historically high levels. Can we reverse this scenario given that the current government of the largest economy on the planet is not even taking measures to reduce emissions, but is, in fact, moving in the opposite direction?
Paul Hawken (PH) – Yes, we can. After all, no United States presidents have done anything on the climate change issue. Clinton, Bush, Obama …They were not able to do anything about it. Everything the United States has done comes from private companies, NGOs and people. Our government is crazy and I do not know how long this will last. But, the point is that we’re used to looking at the dark side of the things. To believe that governments, from one moment to another, will act wisely, letting anything take priority over electoral cycles — it won’t happen. It occasionally happens in some European countries such as Denmark and Sweden, but such cases are the exception. Politicians in general are corrupt and corruption is often associated with big business and deteriorating development.

We must understand that change will not come from the bottom up, nor from the top; it comes from the middle and it is happening now. And that’s what we document in Drawdown.

Check this building we are in, it’s fully sustainable. Who designed it? Who built it? There are people like us all over the world who are thinking about this type of solution and are changing the planet. Engineers, agricultural producers, citizens, consumers: People who live their lives daily.

BE – Among Drawdown’s 100 solutions, some are related to gender issues. Why is gender equality important in the context of reducing global warming?
PH – We do talk about gender issues: education for girls, small farmers, and family planning. Women are part of the solution, but the fact is that the climate establishment has never specifically addressed gender. Why? Honestly, I do not have the answer. In Drawdown, we did it because our work is, basically, mathematics. We work with data, so we do calculations. We have 40-year historical data from sources such as the FAO and the UN and we find that if we apply the data from this historical series from the perspective of the future, when we involve the issue of gender, we have a huge impact on the climate problem. The idea of empowering women so they can plan their own families is not new. The idea of making public policy so that they have more information is not new, either. The point is that, in the context of climate discussions, it had never been addressed. 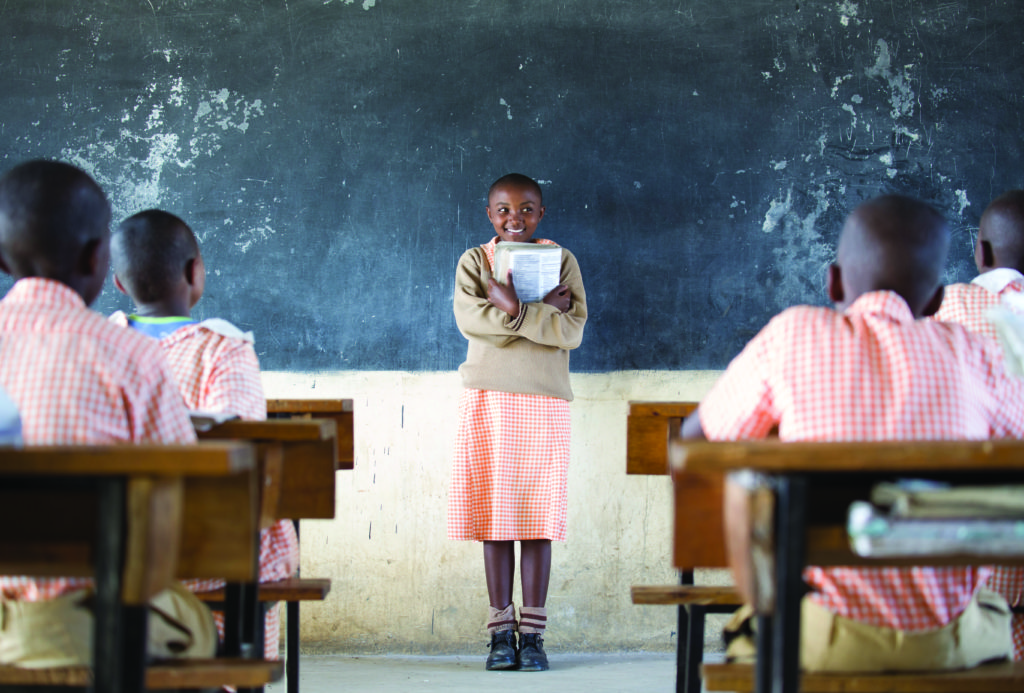 A girl in a classroom in Kenya: Education for women is one of the solutions to the climate crisis (Drawdown/Manole)

BE – The book Drawdown was released in the United States in the middle of last year and was very well-received. How can optimism be turned into real action?
PH – This question assumes that things are not happening, but they are. We have more than 20 universities in the world working to regionalize the model. By 2019, we should have about 100 universities. As the model becomes specific to a country, state, province, it improves. It is an open source system. What we are trying to do is to create the conditions for  self-organization, which is a different approach. If we tried to centralize, we would need to have rules, control, teams, management, money. That does not work. We communicate, we bring information, we share, but we are not in control. And the fact is, in nature, no one is in control, either. There is no central management. You control what you eat, what you see, what you hear, but you do not control your body. Your body is self-organized. Nature is self-organized. This is what inspires us.

BE –  How do you imagine current movements against global warming will be seen 50 years from now? Are we at a turning point?
PH – People do not think about 2050. Our brains do not think this way. We think about now. We think of our family, our children, our safety, our food, our work, or simply having a job. The point of reversing global warming is precisely not to address the problem by 2050, because when we frame it that way, 99.9 percent of people do not feel engaged and do not care about the issue. The way the issue is communicated does not make people interested. We must talk about things that affect life today: solutions that mean better working conditions, greater prosperity, better housing; more biodiversity, clean oceans. Everyone cares about this sort of thing. A fisherman may not know or be interested in knowing about climate change. He does care about fish, and the marine life on reefs. A farmer is interested in productivity, cost, profit and products with little poison. If you are a mother or father, you are interested in your child’s health. We are talking about living conditions here and now.