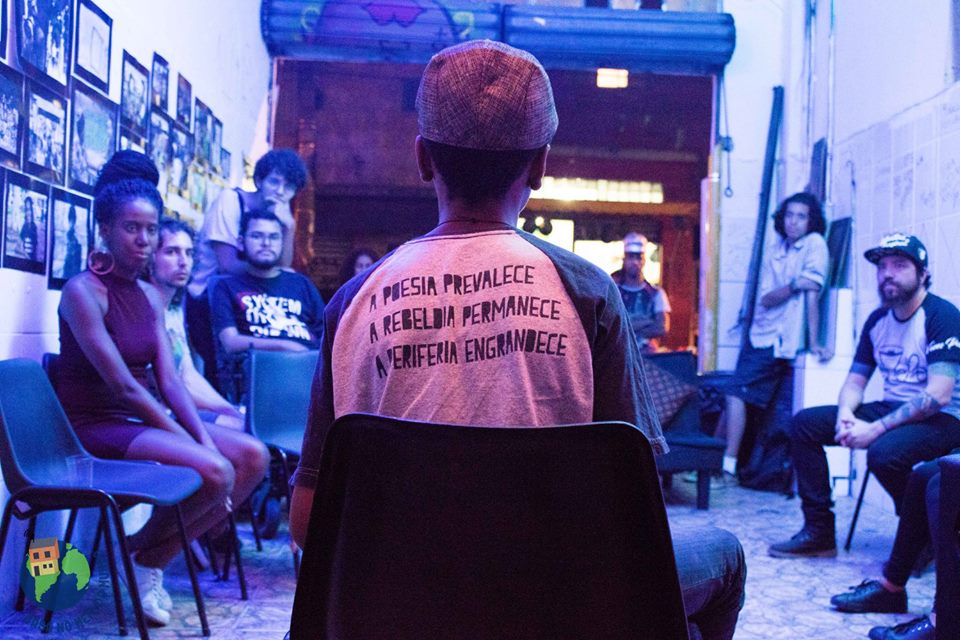 One of the activities promoted by the collective are poetry readings, which allow for a dialogue among the participants (Photo: Facebook)

Jardim Brasil, in the northern fringes of the city of São Paulo, right by the Cantareira mountain range, is the middle of the world. And it’s where Casa do Meio do Mundo (The House in the Middle of the World) is located. The house is a collective space for cultural producers, communicators and rabble rousers from the margins of society interested in social transformation through a hyperlocal perspective.

Ingrid Felix and Jesus dos Santos, two members of the collective, know what they want. Militants in the Movimento Cultural das Periferias (Cultural Movement of the Peripheries), they helped draft a public law to support cultural production in underserved areas, based on the human development index of each of the city’s neighborhoods. The law was sanctioned in 2016 and directs more resources to cultural productions in the areas that receive the least services from the government.

“Political actors from the periphery want to speak for themselves. They are on the frontline.” (Ingrid Félix)

This experience on the streets, in their struggle, and in fighting over the public budget keeps driving Casa no Meio do Mundo as they train and organize political actors to stay on the frontlines and help foster local development. And they do their work in a horizontal fashion, with affection as an essential part of their process.