Claudia Andujar: The photographer who portrayed a people

After reporting on the yanomami Indians, she decided to fight beside them for their rights to land, health care and acknowledgement 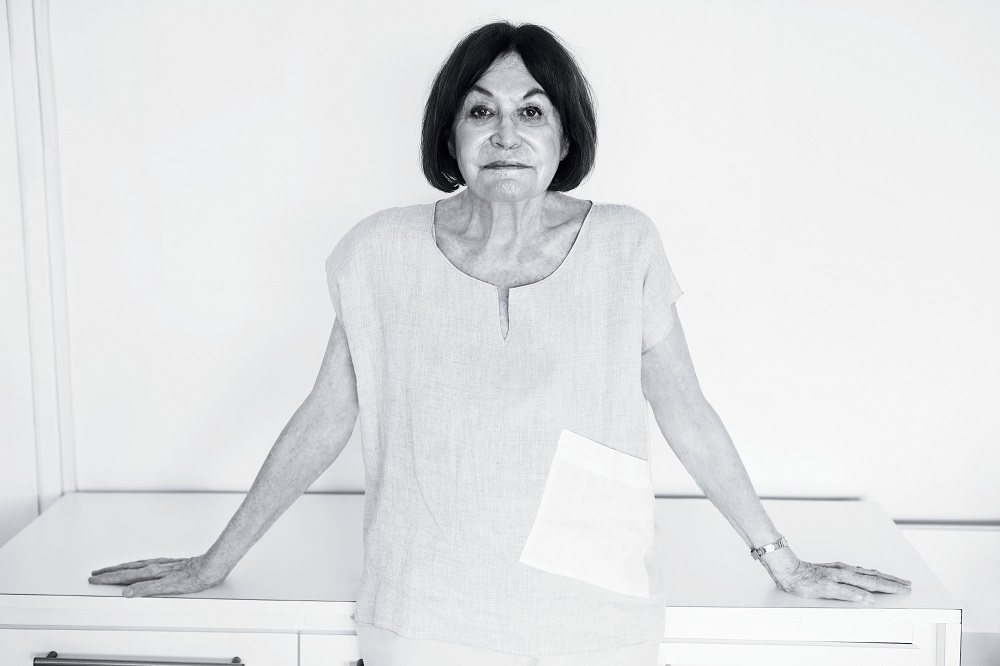 Photographer Claudia Andujar has lived with tribes in the Amazon and became an advocate of the Yanomami cause (Photo: Trip Transformadores)

The daughter of a Jewish man murdered in the Nazi camps, photographer Claudia Andujar has become a witness to the near-extermination of a people and, on the other side of the Atlantic Ocean, made another people’s acknowledgement and survival her mission.

It’s possible that, without intervention from this photographer, who was born in Switzerland and raised in Hungary and emigrated to Brazil in 1955, members of the Yanomami ethnic group would have no voice or dignity to fight for their rights, which have recently come under threat once again.

In the 1970s, when Andujar revealed the Yanomami to the world, their situation was even more desperate. Entire communities, some of them numbering 1,500 individuals, were being decimated by the construction of new roads and incursions of mining into their lands, in the region bordering Venezuela and the Brazilian states of Roraima and Amazonas.

Sent to the region on a photojournalism assignment on the Amazon Forest, Andujar was charmed by the group and, with the utmost compassion and respect, dove into the Yanomami culture, absorbing it into her photographic work and mingling her own story with that of the Indians, in several books she has published about the experience.

From the long periods she spent living with the tribes, her involvement went beyond an artistic and historic record. She became a part of the tribes’ struggle for healthcare, land and acknowledgement, which she helped to promote by portraying individuals from scattered communities, identifying them and helping them to get access to the available services. She was an active member of the Comissão Pró-Yanomami (Pro-Yanomami Commission) and, in 1978, coordinated the campaign for the creation of an Indian reservation, which was eventually established in 1992.

The meaning of the word Yanomami is “human being.” Andujar is undoubtedly part of that tribe.

AN ADVENTURE IN THE AMAZON

When Claudia Andujar set out to Amazonas, on assignment from Realidade magazine for a special report on the Amazon Forest, she never imagined how profoundly it would change her life.

The magazine had specifically requested that she avoid focusing her work on the Indian issue, as such material might bother the governing military junta, with plans to build the Perimetral Norte [Northern Perimeter Road], a road that would encroach upon the Indians’ space, but she did not follow her instructions. After four months living in the region, Andujar returned with images from the Aharaibus tribe, unknown until then, with amazing proximity and beauty. “It was a moving visit,” recalls Andujar. “When the  people in the newsroom saw the images, they were so affected they decided to run that as a cover story. They went against their own guidelines. The photos were beautiful.”

As impressive as that work was, it would be Andujar’s last for the magazine. “After that special report, I decided to give up on journalism.” She would then begin a new journey in her life. During the trip, she had met the Yanomami, and decided to engage in the struggle for their rights.

Andujar’s strength and engagement is clearly demonstrated by her persistence in advocating for the Yanomami. In 1971 she met the tribe and began living with them, until she was expelled for political reasons by the government in 1978. Even while living apart from the Indians, she escalated the campaign for the creation of an Indian reservation through an NGO. The goal was finally achieved in 1992, during the term of president Fernando Collor. Talk about patiently waiting for a win!

It’s a long story, but one that encompasses only part of Andujar’s life. Born in Switzerland, she lived with her family in Hungary and had a multicultural upbringing. “I was raised on three languages: Hungarian, German, because of my grandmother, and French.”

“The Yanomami are still adamant in preserving their culture, language and beliefs. They have come to understand what it means to be a people intent on keeping themselves as such, as a part of the Brazilian people seeking to keep their culture alive.”

That nurturing environment came to an end with the German occupation of Hungary, in 1944. By the end of that year, Andujar had lost her father’s entire family in Auschwitz. She and her mother escaped tragedy by fleeing to Switzerland, but life in that country was different from what she knew during her trips as a child. “I was deeply disturbed by what happened. My father’s entire family was simply taken away. Many times, I felt guilty for not having been sent to death with them.”

It was time to move to the US and live with her uncles, where she began life anew at age 14. Fiercely independent, she left her uncle’s house soon after, keeping herself busy with work and studies. She married a Spanish man, a refugee like herself, but war once again interfered with her life when he was sent to Korea. They would divorce two years later.

That’s when Brazil came into her life. Her mother lived in the country and Andujar decided to move again. After struggling to adapt to life in Switzerland and the US, she finally found a place where she felt at home. “I’ve loved it here from day one, I’ve always felt good and comfortable. I can confidently say it’s my favorite place to live, I really get along with people here.” Andujar used to work as an English teacher, using the money to travel around the country. In these journeys, she discovered photography. “It became a way of communicating. I never expected it to become professional work, it was merely a way of communicating with others and with myself.”

Mutual friends eventually introduced Andujar to Darcy Ribeiro. He was the one who suggested she take pictures of an Indian community, digging into a subject that hadn’t been explored yet. Thus, Andujar spent two months in Carajás. From that work, she decided to improve her technical skills and put together a decent portfolio.

With said portfolio under her arm, Andujar encountered plenty of rejection in Brazil. “Maybe it was related to being a woman.” She brought the same portfolio to the United States and managed to get published by the renowned Life magazine. This opened many doors for her back in Brazil, including those of Editora Abril, a major Brazilian publisher. It didn’t take long for Realidade magazine to send her on an assignment, and the rest is history.

Today, the Yanomami living further inland call the Swiss woman ‘mother’: “This was a huge relief from what happened in my childhood. I have created a new family, to which I’m still dedicated to this day. A couple of weeks ago, I had a minor health issue and got an email from them. An email! Things have changed. I mean, some have, but some haven’t.”

“The Yanomami are still adamant in preserving their culture, language and beliefs. They have come to understand what it means to be a people intent on keeping themselves as such, as a part of the Brazilian people seeking to keep their culture alive.”